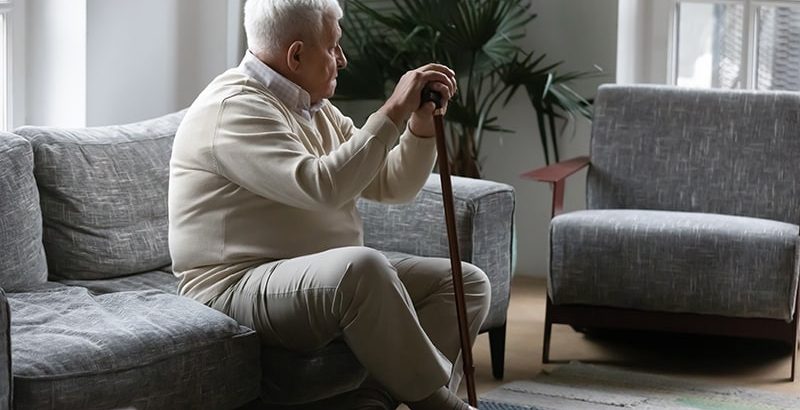 Whereas symptoms of depression are known to intensify in patients who have recently experienced an incident stroke, it might also be true in such cases that the depression actually starts to worsen in the months or years before the stroke occurs, suggests a new study of adults 50 years and older.

“As commonly thought, depressive symptoms surge after stroke and remain elevated for several years. But we also showed that depressive symptoms slightly increase before the stroke, perhaps indicating incipient stroke,” said Blöchl, who is lead author on the study published online July 13 in Neurology, with coauthor Steffen Nestler, PhD, also from the University of Münster.

About 30% of stroke survivors might suffer depression at any time after the acute event. The cumulative incidence within 5 years hovers around 39% to 52%, yet little is known about how changes in depressive symptoms unfold before and after incident stroke, the report states.

To investigate, Blöchl and colleagues identified the trajectory of depressive symptoms several years before and after incident stroke in 10,797 adults (mean age, 65 years; 55% women) from the English Longitudinal Study of Ageing (ELSA), an ongoing longitudinal cohort study.

The 425 case participants (3.9%) who experienced an incident stroke during a 12-year follow-up period were propensity-score matched with 4249 stroke-free individuals.

Every 2 years in the study, participants reported past-week depressive symptoms using the 8-item version of the widely used Center for Epidemiologic Studies Depression Scale (CES-D 8), in which higher scores on a 0-to-8-point scale indicate more depressive symptoms. For this study, a CES-D 8 score of at least 3 was used to indicate probable depression.

There was no statistically significant difference in prevalence of probable depression at the 2-year pre-stroke assessment among those with and without stroke (29% vs 24%). At the time of stroke, however, probable depression was significantly more common in the stroke group (34% vs 24%; P < .001), a difference that persisted at the 6-year assessment.

Blöchl cautioned that rising symptoms of depression before stroke are mostly subtle and might not always be clinically detectable, and it remains unclear whether such pre-stroke changes can be used to predict who will have a stroke. “But even slight increases in depressive symptoms, especially mood and fatigue-related symptoms, may be a signal a stroke that is about to occur.”

The clinical implications of the current findings remain unclear, she noted. “It could be envisioned that stroke might be predicted from pre-stroke symptoms — depressive, cognitive, physical — in combination with classical vascular risk factors, but that requires further research,” Blöchl told Medscape Medical News.

“Depression has long been known to follow a stroke, especially in the early months of a brain attack,” Shaheen E. Lakhan, MD, PhD, a neurologist and researcher from Boston, who wasn’t involved in the analysis, told Medscape Medical News . “Newer lines of research are now showing depression itself as a risk factor for stroke,” and the current study is consistent with that, he added.

Lakhan noted cited a few caveats to the analysis, however. The subjects were assessed only every 2 years “and with a depression screening tool, not diagnostic assessment,” limiting our ability to draw strong conclusions.

Nonetheless, Lakhan said, the data “underscore the importance of early recognition and management of depression especially as we age.”