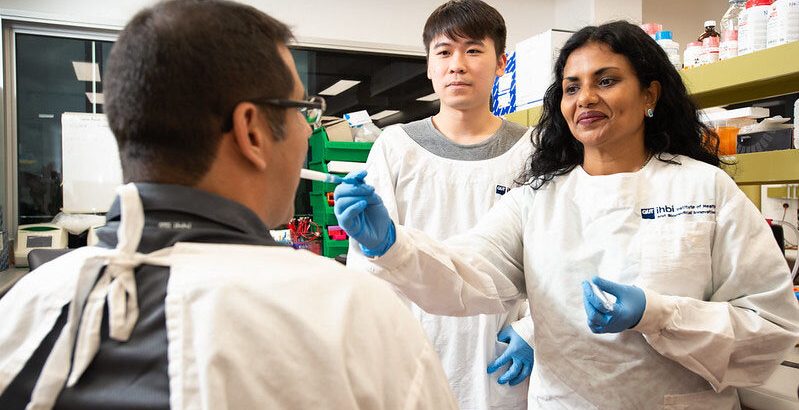 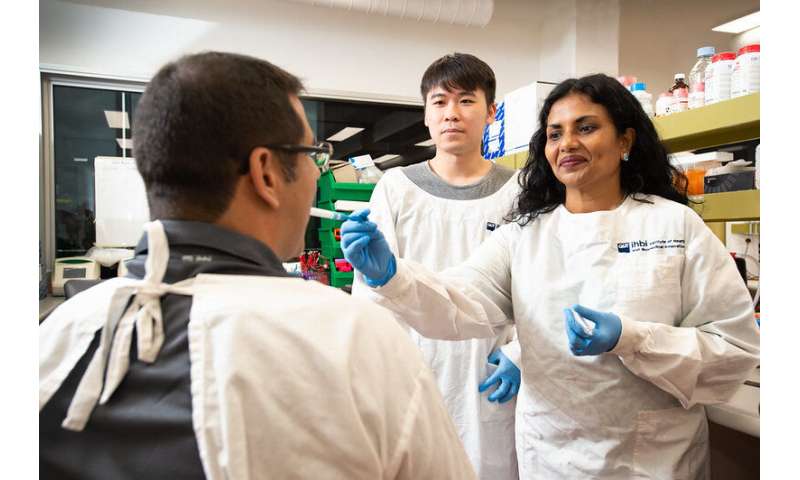 A simple saliva test developed by QUT biomedical scientists has detected early throat cancer in a person who had no symptom and no clinical signs of cancer.

In what is believed to be a world-first, the non-invasive test picked up HPV-DNA in a saliva sample from an infected healthy person. Persistent human papillomavirus (HPV) infection is now the leading cause of cancers in the oropharynx (tonsils and tongue base area of the throat).

“The series of saliva tests raised the alert and detected an early cancer before the person had any symptoms,” said QUT Faculty of Health’s Associate Professor Chamindie Punyadeera, who, with Dr. Kai Tang, developed the test.

“This enabled removal of the tonsil which had a 2mm cancer in it, by straightforward local surgery alone.

“The incidence of high-risk human papillomavirus (HPV)-driven throat cancers is on the rise in developed countries and, unfortunately, it is often discovered only when it is more advanced, with patients needing complicated and highly impactful treatment.

“In the US, HPV-driven throat cancers have surpassed cervical cancers as the most common cancer caused by HPV but unlike cervical cancer, up until now, there has been no screening test for this type of oropharyngeal cancer.”

Professor Punyadeera said the discovery was made during an HPV-prevalence study which included 665 healthy individuals.

“To take the test all the person has to do is give a salivary oral rinse sample. When the test shows HPV-16 DNA, it is repeated and if the presence of HPV-16 is persistent over a period of time we would be suspicious that there may be underlying cancer.

“The person whom we reported in this study had been consistently HPV-16 DNA positive for 36 months, with a steadily rising count of HPV-16 DNA after testing at 6, 12 and 36 months.

“The patient was found to have a 2mm squamous cell carcinoma in the left tonsil, treated by tonsillectomy. This has given our patient a high chance of cure with very straightforward treatment.

“Since the surgery, the patient has had no evidence of HPV-16 DNA in his saliva.”

Professor Punyadeera said this was the first-ever case of histologically confirmed diagnosis of an asymptomatic, hidden throat cancer, diagnosed with a saliva screening test and that wider validation studies were required to confirm this finding.

“The presence of this pattern of elevated salivary HPV-DNA must be fully evaluated, as it may provide the critical marker for early cancer detection.