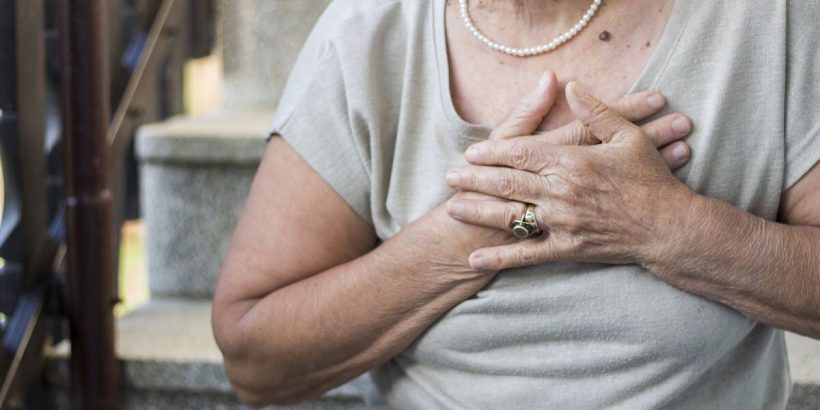 Vitamin B12 is critical for several of the body’s basic functions, so a deficiency is bound to have life-altering effects. Inaccurate testing and ill-defined symptoms, however, see many patients misdiagnosed with other ailments. Failure to diagnose the condition accurately left one woman “crippled and bed bound”, according to reports.

The blood cells rely heavily on vitamin B12 to form inside the bone marrow and can die rapidly without the key nutrient.

A great number of people with a vitamin B12 or folate deficiency have underdeveloped red blood cells that are larger than normal.

The NHS explains: “Vitamin B12 or folate deficiency anaemia can cause a wide range of symptoms.

“These usually develop gradually but can worsen if the condition goes untreated.

“Anaemia is where you have fewer red blood cells than normal or you have an abnormally low amount of substance called haemoglobin in each red blood cell.”

One case study detailed by B12 info.com illustrates the wide spectrum of symptoms associated with defects in blood cell production.

The report describes the case of Ellen, who was in her late 70s when she suffered acute iron-deficiency anaemia, kyphoscoliosis, severe arthritis and depression.

The breadth of her symptoms clearly pointed to the possibility of an underlying deficiency, but a lack of accurate testing caused Ellen’s symptoms to deteriorate further.

Her symptoms included aggression, being bed-bound and breathlessness, which doctors believed were linked to internal bleeding caused by her anaemia.

A series of clinical investigations yielded inconclusive results, however, with no evidence of internal bleeding whatsoever.

Despite subsequently being treated with multiple iron transfusions and blood transfusions, Ellen’s anaemia failed to improve.

The 70-year-old’s relatives suggested she may have a B12 deficiency to her doctors, but this was ruled out on the grounds that her serum levels were normal.

“Whilst Ellen’s health drastically deteriorated family members also raised the possibility of B12 deficiency with many specialists involved in her case,” explained B12 info.com.

“This was always rejected due to the serum levels being ‘within range’ and therefore to the uneducated medics this, unfortunately, means ‘entirely normal’.”

After being discharged, Ellen was bed bound, remained crippled, breathless, aggressive and depressed.

It wasn’t until she was finally readmitted to the hospital that she was eventually diagnosed with a deficiency in vitamin B12.

She began treatment with high doses of methylcobalamin drops and began taking regular B12 injections.

Over time, her iron levels began stabilising and then improved.

“Her consultant rheumatologist now agrees that the profound improvement in her iron levels can only be accounted for by the regular B12 infections,” notes B12 info.com.

Even if diagnosed, the road to correct treatment for a deficiency can be long and arduous, so health experts advise getting symptoms investigated early on.