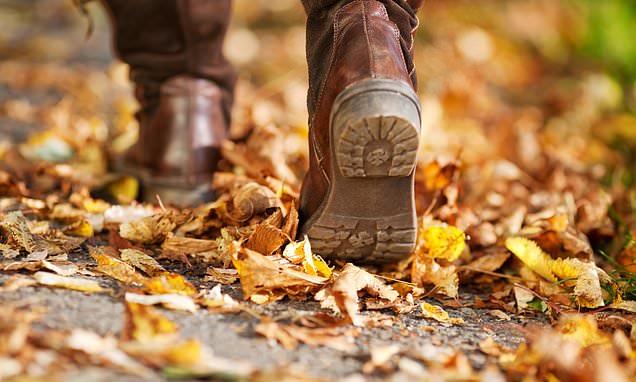 Why walking in damp leaves may be to blame if you’re out of breath: How mould that can be found indoors and outside can leave those affected experiencing energy-sapping coughing fits

Michelle Frey-Anderson is dreading the onset of winter, as she knows the chill, damp days ahead are likely to affect her health — so much so that she has to think carefully at times about whether it’s worth stepping out of the front door.

The mother of four suffers from a debilitating chronic infection called aspergillosis — it’s caused by the aspergillus mould (a type of fungus) that affects the lungs.

The mould, which is found indoors and outside, can leave those affected experiencing energy-sapping coughing fits and breathlessness.

Aspergillosis is exacerbated by dank conditions, which is why Michelle, 62, always feels worse at this time of year.

‘I have to really think about going out in the winter,’ she says. ‘Even walking the dog through damp leaves can leave me feeling so ill. I get breathless, exhausted and every year it feels as though it’s getting worse.

‘What’s so frustrating is that I used to be so fit. I’d play tennis in local leagues, went to dance classes a few times a week and regularly went to the gym. I also worked at the local hospice as a massage therapist. 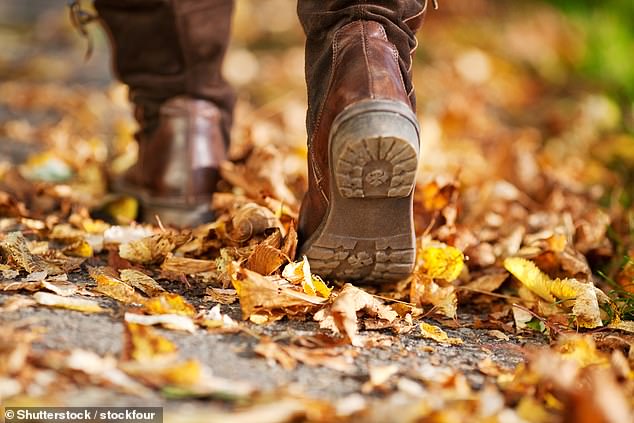 The mould, which is found indoors and outside, can leave those affected experiencing energy-sapping coughing fits and breathlessness

‘I’ve had to give it all up. And aspergillosis is never going away — there is no cure.’

There are many fungi that can affect health. Some cause mild infections, such as athlete’s foot — but aspergillosis is the most common serious infection. In some cases, it can be life threatening.

The dangers of mould were graphically highlighted last week by an inquest into the tragic death of a little boy called Awaab Ishak, who died shortly after his second birthday in December 2020 as a result of a severe respiratory condition triggered by prolonged exposure to mould in his home.

Awaab lived in a one-bedroom housing association flat in Rochdale — his parents had repeatedly begged housing officials and medics to help with encroaching mould in the property, yet no action was taken.

As the coroner, Joanne Kearsley, noted, mould in properties was not particular to Rochdale, or social housing.

More than 800,000 properties in England alone are known to have mould and damp problems (over half are privately rented). And it can affect all kinds of properties.

Michelle was living in ‘a brand-new, end of terrace’ in Berkhamsted, Hertfordshire, when, just three months after moving in, dark patches began to appear on the wooden floor.

‘I realised that it was mould and went on to have a long battle with the builder of the property about this,’ she says. ‘But I had no idea it could endanger my health.’

Mould grows in damp or poorly ventilated areas as well as moist environments such as compost heaps and piles of rotting leaves.

It emits spores— microscopic particles that allow it to spread through the air.

‘When we inhale the spores, they are usually cleared from the body by phlegm and immune cells,’ says Darius Armstrong-James, a professor of infectious diseases and medical mycology at Imperial College London.

‘However, in patients with immune issues, viral infections such as flu, or chronic lung conditions such as asthma, these processes break down. 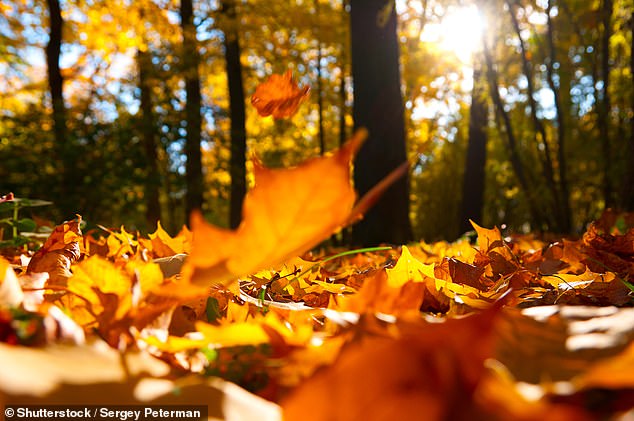 Aspergillosis is exacerbated by dank conditions, which is why Michelle, 62, always feels worse at this time of year. ‘I have to really think about going out in the winter,’ she says. ‘Even walking the dog through damp leaves can leave me feeling so ill. I get breathless, exhausted and every year it feels as though it’s getting worse’

‘The spores can germinate to set up a mould infection in the body which can cause lung inflammation and release toxins and enzymes called proteases that damage lung tissues,’ continues Professor Armstrong-James, who is medical adviser to the charity Aspergillosis Trust.

Michelle didn’t realise that having previously suffered bronchiectasis — excess mucus in the lungs, typically caused by an infection — would put her at risk.

Around the time the dark marks became noticeable on the downstairs wooden floor, she developed a terrible cough and breathlessness but didn’t make the connection.

‘I went to the GP who thought I had a bacterial infection and prescribed antibiotics,’ Michelle recalls. ‘But the coughing and breathlessness continued. At the same time, my daughter, Samantha, then 15, developed asthma, which she’d never had before.

‘Over the next few months I went back to the doctors to get antibiotics, which didn’t make any difference.’

Symptoms of aspergillosis can be ‘quiet and subtle’, says David Denning, a professor of infectious diseases in global health at Manchester University. ‘And doctors have to request special blood tests, to diagnose it. As a result, many cases of aspergillosis are missed.’

Michelle was finally diagnosed after six months following a bad bout of her symptoms, with flu-like aches, extreme breathlessness and excessive coughing, which left her bedbound.

Having previously been under the care of the Royal Brompton Hospital in London for the bronchiectasis, she was re-admitted for investigation. Blood tests confirmed she had aspergillosis.

When she was told the condition was caused by mould exposure, the penny dropped.

Michelle had a two-year battle with the builder to prove the work had been defective — experts discovered the floor had been inadequately damp-proofed, allowing water in.

She moved out of the house for six months while the entire ground floor was replaced. Since then she’s been treated with strong anti-fungal drugs and injections to reduce the immune response to the condition.

Condensation is the leading cause of mould in the home, says Professor Denning — either through damp or from repeated actions such as showering, or cooking in unventilated rooms, which can provide the perfect moist conditions for it to flourish.

Carol Thornett, 53, contracted aspergillosis in 2019 when living in a privately rented Victorian property in Kent.

‘I went from being someone who had a full and active life to getting breathless climbing the stairs in a matter of months,’ she says.

‘There was mould in the house in which I was living, and having researched the subject, I realised quickly that there was a connection with my deteriorating health.

‘I now need three inhalers, a steroid nasal spray and strong painkillers daily, with emergency packs of steroids and antibiotics on standby.’

Carole, a mother of four who now lives in a newer apartment, says there are days when she can’t get out of the house because of her breathlessness and coughing.

‘My head tells me I am a fit, healthy person who can run up the stairs, jog down the road or chase after my grandchildren,’ she says. ‘The reality is sadly very different.’

The key to preventing mould developing is ‘good ventilation’, says Professor Armstrong-James, ‘and keeping properties reasonably warm — both of which prevent condensation’.

An abscess is a lump that can develop in any part of your body, and is due to a build-up of pus.

Regardless of the location, they are typically due to a bacterial infection and may cause other symptoms of infection, such as a fever and chills.

The word has origins from the mid 16th century: from Latin abscessus (from the verb abscedere), referring to the separation or elimination of infected matter via the pus.

While a small abscess may drain naturally or shrink without treatment, larger ones may need antibiotics to clear the infection, followed by a procedure to drain the pus.

Ventilation also ensures that there is a diversity of organisms in the air, which can stop any one type of mould from getting out of hand.

‘Taking shorter showers, so there is less moisture in the air, wiping down the shower rather than leaving the water to evaporate, and opening windows or using an extractor fan when cooking will also help,’ says Catherine Noakes, a professor of environmental engineering for buildings at Leeds University.

Rooms that are prone to damp such as bathrooms and kitchens should have the window open whenever they’re in use.

However, as Professor Denning points out, it’s vital to address the underlying problem (i.e. damp).

It’s now 12 years since Michelle developed aspergillosis but the infection has forced her to completely reframe her life.

‘In the winter I spend a lot of time at home,where it’s quiet and calm,’ she says.

‘I can keep my brain active — for example, I love sewing and making clothes — but I can’t be physically active any more. I have aged before my time.’

Michelle and her husband, David, 73, who refurbishes conservatories for a living, are now living in a different house which they’ve had insulated to prevent any dampness.

‘We need to raise awareness — I want people to know the harm mould can do,’ she says.

‘I wouldn’t want anyone else to suffer this way.’