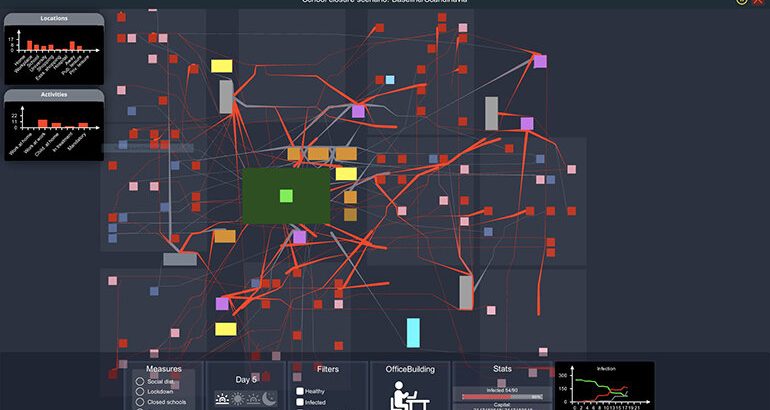 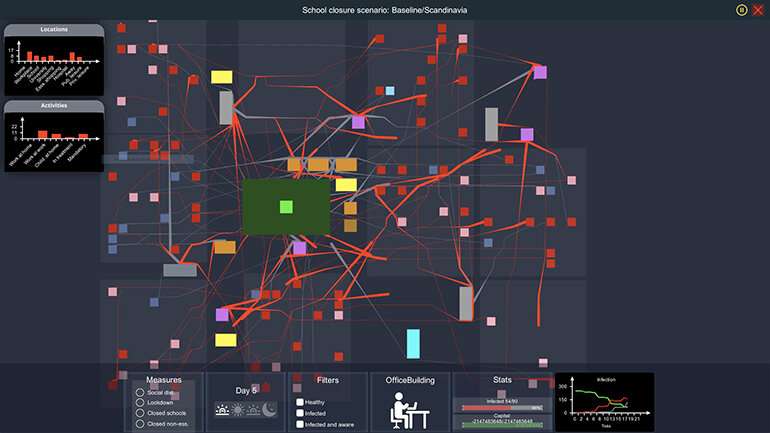 Since the coronavirus outbreak, a large number of models have been developed to simulate how different measures can limit the spread of infection. Now, researchers at Malmö University have not only compared existing models but have also been involved in developing their own to create more accurate forecasts.

The purpose of simulation models is to be able to calculate how infection is spread and how best to reduce the spread through various measures, such as face masks and lockdowns.

Postdoctoral fellow Fabian Lorig and Professor Paul Davidsson have compared and analyzed 126 models. They focused on ‘agent-based models’ that, unlike mathematical models, are more individual-based.

“Mathematical models are often based on all individuals doing the same thing and reacting equally in a certain situation. Agent-based models look at how individuals are in reality,” says Lorig.

Where mathematical models have the advantage is when they can be used to give a picture of the spread of infection in an entire country; the agent-based models are more precise and take into account more variables: what exactly a certain individual did, when they were infected, by whom, when they recovered. Such models are more complicated and cannot be easily done on equally large populations as mathematical models.

The researchers found that a major problem is that many models contain such large simplifications that it is not possible to perform reliable analyses.

“The model may not take into account how long you were near other people, whether you were indoors or outdoors; things we know are important for the spread of infection,” says Davidsson.

For the study, they looked at about 70 different attributes: such as what measures the models are based on, what they use for data, how the spread of infection is modeled and how individuals are characterized—gender, age, if they work, if they use face masks, for example.

“All models we have studied have simulated the effects of different measures. The vast majority are about quarantine, social distance, and isolation. Based on that, the probability of becoming infected is described. But there were hardly any models that weighed in on human behavior,” says Lorig.

The effects of measures to limit infection depend on the degree to which people follow advice and rules, and also on their different daily routines. The calculations in a certain model can, for example, be based on people wearing face masks, but if they really did, it is not so certain to assess.

Together with researchers from Umeå, Stockholm and the Netherlands, Lorig and Davidsson have developed an advanced simulation model called ASSOCC, which uses various psychological and sociological models.

The model assumes that each individual has different needs, such as being with family, meeting friends, working, shopping, or being outdoors. The model is close to reality in that it expects different individuals to make different decisions. In this way, it enables a more detailed and realistic simulation of the effects that different measures can have on the spread of infection.