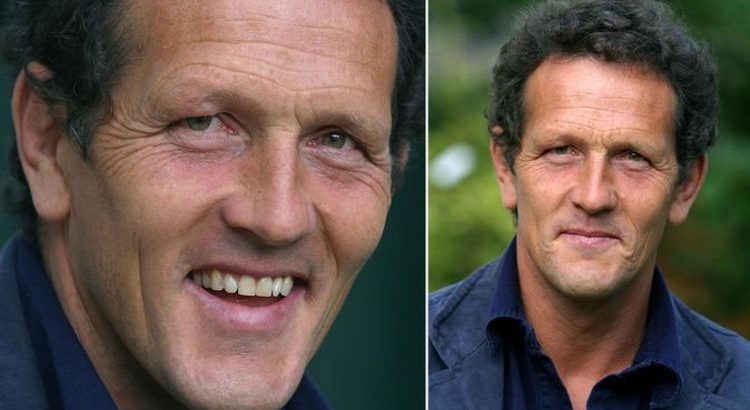 Before becoming presenter of the BBC One show, Monty suffered terribly with his mental health. His depression became so bad that he was unable to leave his bed for weeks. His wife Sarah was struggling to juggle young children and a business meaning money troubles became even worse for the couple and so did Monty’s health.

His wife urged Monty to get help. And after their three small children asked: “Why is daddy always crying”, he finally took the first steps on the road to recovery.

Symptoms of clinical depression can be complex, but the most common are as follows:

After speaking to a therapist Monty was put onto a course of antidepressants and began therapy. Specifically cognitive behavioral therapy, which aims to change the way you think and behave. The presenter spoke about his treatment favourably saying it was “very good.”

It was through his own experiences that led him to believe in the therapeutic benefits of gardening. Writing for Gardeners’ World magazine he said: “ I would argue that there is no other activity available to so many people that sustains as much good health as gardening.”

In fact the presenter goes on to say that the physical as well as mental health benefits are just as good from the activity: “No other activity has such a wide range of benefits, pleasures and rewards. The physical side has aerobic activity for heart and lungs that has a direct benefit to reducing the risk of heart attack or strokes.”

Connecting to his own past experiences Monty advocates for the rewards of being outside. Calling himself a “depressive” he said that the simplicity of just going outside does some good and if individuals have a garden then the rewards are there.

“The flowering of the rose you pruned or a lettuce you grew from seed or a robin singing just for you,” Monty said. “These are small things, but healing in a way that medicine tries to mimic.”

As a sufferer of seasonal affective disorder (SAD) Monty also uses what is known as a light box to help curb his symptoms of depression in the winter months. The light box mimics outdoor light which in turn causes a chemical change in your brain that lifts your moods in the seasons where the clocks go back.

Excited by the possibility that the health benefits of gardening are being researched, he added: “If the result is the encouragement of the medical profession to prescribe gardening in the same way that they might exercise or diet, then that is a good thing.

A study by Science Direct conducted the first meta-analysis and as Monty suggests, did find evidence that gardening is beneficial for human health.

Overall, the results suggested that participants who took part in gardening activities noticed a reduction in depression and anxiety symptoms as well as increases in their quality of life, sense of community, physical levels and cognitive function.

Out of the 22 case studies, a before and after comparison method showed that those in the gardening control group had improved health and wellbeing variables compared to the non-gardening group.

The studies suggested that even a short amount of time within the garden such as several hours can provide an instantaneous beneficial influence on the individual’s health, although it is unknown how long the positive outcomes last.

The NHS considers it essential to live a healthy and fulfilling life, with those who partake in regular physical activity having a 35 percent lower risk of coronary heart disease and stroke.

The Royal Horticultural Society states that 30 minutes of gardening is comparable to playing badminton, volleyball or yoga and those who garden everyday have wellbeing scores 6.6 percent higher and stress levels 4.2 percent lower than people who do not garden.

British physician Sir Muir Gray famously stated that everyone needs a “natural health service as well as a national health service” and since 2019 the NHS have started to slowly include social prescribing and preventative healthcare within its services.

Social prescribing looks for ways in which an individual can become involved in a variety of activities and in addition to gardening can include cookery, arts and befriending. GPs have also opened community garden projects with a truly positive effect.

Not only does planting flowers help you move physically, those who grow their own fruit and vegetables will feel the effects within their diets.

The NHS cites fruit and veg as being important for maintaining a healthy weight. Yet in 2017 a study found that less than a third of adults ate their five-a day.Therefore growing your own produce is really worthwhile. Vegetables such as potatoes, spring onions, broad beans and peas are ideal for a beginner and there are a number of community garden projects to help you get started.

If growing your own vegetables and fruit is something that doesn’t interest you, research has found that living near to a green space is even beneficial to your health.

The University of Exeter Medical School analysed mental health data from 1,000 urban residents and used high-resolution mapping to track where the subjects had lived over 18 years. They found that people living near green space reported less mental distress, even after adjusting for income, education, and employment.