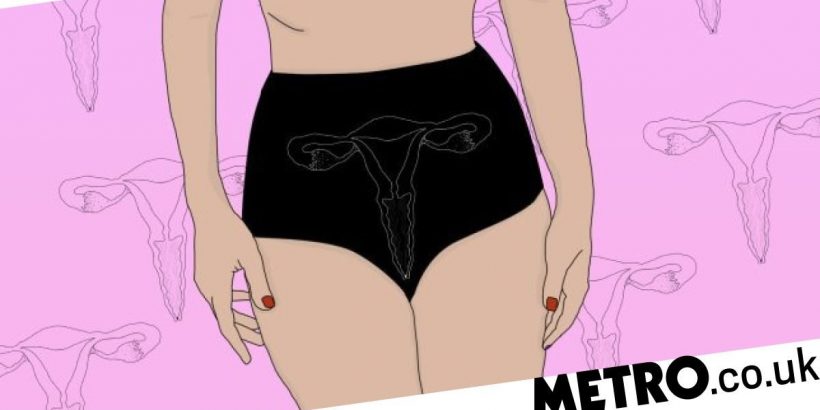 I used to swear by the contraceptive pill.

Up until 2019, I was taking a version called Loestrin, and had done for five years. It wasn’t simply to avoid pregnancy; I have adenomyosis, a condition where the lining of the uterus breaks through the muscle wall and causes painful periods.

Loestrin was brilliant: it took away the pain and enabled me to manage my cycle. But when I went to collect my prescription in October, I opened the packet to find I’d been given a different pill – Microgynon – instead.

The pharmacy explained that Loestrin had stopped being manufactured, so my GP must have given me a different brand.

I panicked. I had been told by a gynaecologist to try Loestrin specifically because its make up was best suited to manage my adenomyosis. I had become dependent on it to control my symptoms, but now I was faced with a pill that my body wasn’t used to – and one that I had no evidence would work for my condition.

Contraceptive pills are not interchangeable, yet too often they are prescribed as if they are. One version gets swapped for another on the basis that it’s ‘close enough’ to its previous counterpart.

Microgynon, Yasmin, Cilest, Mercilon, Femodette – the list of names goes on, not to mention the combined pill versus progesterone-only; the 21 day pill over the one you swallow every day.

But anyone who has ever taken the pill will be able to tell you the vital truth: oral contraceptives vary, and when this fact is casually disregarded, women pay the price.

Changing from one pill to another requires the body to adjust to the new components. The combined contraceptive pill contains artificial versions of oestrogen and progesterone at varying levels and this can cause women to suffer when swapping from one to another, with side effects ranging from nausea and headaches to an increased risk of developing blood clots and breast cancer.

Beyond the potential physical side effects, I was also petrified of the psychological risks. The advisory leaflet that comes with Microgynon states that some women ‘have reported depression or depressed mood. Depression can be serious and may sometimes lead to suicidal thoughts.’ Trying a new pill often means holding our breath and praying that it doesn’t dominate our minds.

This was enough to make up my mind, and I refused to take Microgynon. I rang my GP to explain, only for them to suggest another option: Rigevidon.

Feeling increasingly frustrated, I reiterated that I wasn’t comfortable being prescribed a pill I knew nothing about.

It was only when I went to see my GP in person that I finally felt listened to. Together, we discussed a fourth version called Gedarel, something I still take to this day.

While I have had no side effects, so far it has done little to control the symptoms that caused me to take the contraceptive pill in the first place. After years spent trying to manage pain and symptoms, it’s hard not to feel like I’m back at square one.

There is a lack of understanding, consideration and compassion towards how sensitive women’s bodies are to the hormonal changes that each pill brings. The very fact my GP didn’t alert me to the switch in my medication suggests that I wasn’t considered as a woman with a specific medical history, but rather someone needing a quick fix of contraception.

In February this year, we heard reports of the shortage of all contraceptive pills across the UK with no clear reason as to why. Pills were being discontinued suddenly, and women were being asked to take something completely different.

Then Covid-19 hit. Recommendations published during lockdown by the Royal College of Obstetricians and Gynaecology and Faculty of Sexual and Productive Healthcare noted that, due to the pandemic, access to contraception in GP practices and contraceptive clinics had been ‘significantly reduced’ with many centres ‘shutting down’. What was already a difficult situation became almost impossible for some.

The original purpose of the pill was to allow women to finally take control of their bodies and it has positively impacted millions in the 59 years since it launched in the UK, helping women to manage their periods, regulate hormones and keep them from getting pregnant without having to rely on a partner.

Yet the reality is that it can take years to find the ‘right’ pill – and the wrong one can make women feel more out of control than ever.

There needs to be further clarity about how each pill is different. For example: while Loestrin 30 and Rigevidon 30 both contain 30 micrograms of oestrogen, they have different types of progesterone. Loestrin contains norethisterone acetate, while Rigevidon contains levonorgestrel.

My experience is just one of many. Forty-two per cent of UK women who use contraception rely on the pill and they are being put at risk by these shortages, stoppages and switches.

We need answers as to what caused the shortfall, as well as solutions and plans to prevent it happening again.

It’s not good enough that we are still being told ‘if this pill doesn’t agree with you, you can just try another’. It’s time-consuming, worrying and frustrating.

Hormones are not supposed to be messed with so carelessly, and women deserve better.