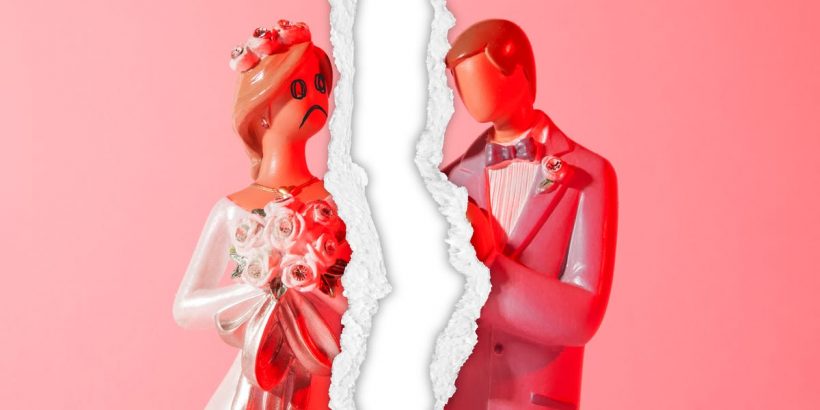 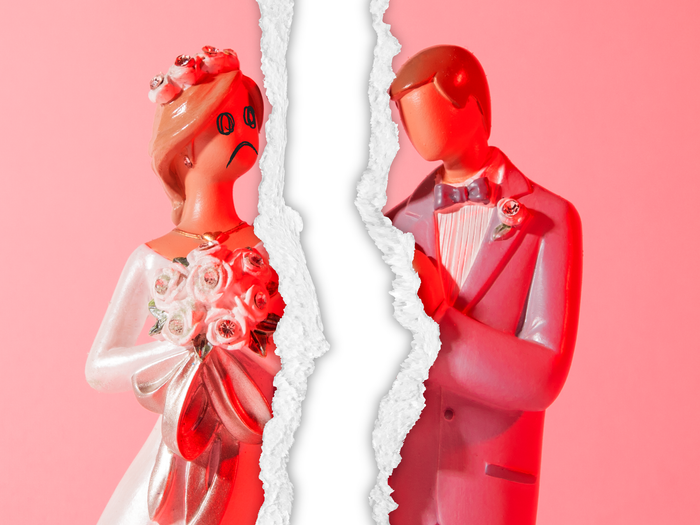 Since the pandemic began, there has been an uptick in reports of divorce and studies finding a rise in lackluster sex — mainly among straight couples.

These trends of heterosexual relationship crises aren't surprising to Jane Ward, a sexuality and gender professor at University of California Riverside and author of "The Tragedy of Heterosexuality."

"I think in some ways the pandemic is revealing the tragedy of heterosexuality to people who might not have otherwise paid attention to it," Ward told Insider.

Ward, a lesbian, has spent years researching the history of heterosexuality and its legacy. The result is a thorough academic account of all the ways the "straight" relationship dynamic restrains and hampers both men and women.

"It really looks like straight men and women don't like each other very much, that women spend so much time complaining about men, and we still have so much evidence of misogyny," or woman-hating behavior, said Ward of her findings. "From an LGBT perspective, [being straight] looks actually very tragic."

Straight women are the least likely to orgasm during sex

Ward interviewed almost 100 men, women, and non-binary people of varying sexual orientations about their thoughts on heterosexuality, and a common theme emerged: Straight women put straight men on a pedestal, even though it doesn't benefit them to do so.

"I find it depressing to see what my straight female friends put up with regarding treatment from men. I really sympathize with these women, but at the same time it makes me feel alienated from them. Our lives become so different when theirs revolves around attachment to a cruel, insensitive, self-centered, or simply boring man," a queer white female from Europe told Ward for her book.

Research backs up the anecdotes.

A 2018 study in the Archives of Sexual Behavior Ward cited in her book looked at orgasms differences in gay, bisexual, and straight men and women and found that straight women were the least likely to report orgasms during partnered sex. The majority of straight men in the study reported orgasming almost every time the had sex with a partner, and the other sexual orientations fell in the middle.

And though straight women often cite clitoral stimulation as a prerequisite for an orgasm, people are taught little about female sexual pleasure and how to achieve it. Instead, the focus remains on penetrative sex.

Rituals like weddings and gender reveals have resulted in literal disasters

Even joyous lexicons of straight culture have been shown to cause harm.

Just this year a gender-reveal party caused a California wildfire and firefighter death, and large weddings in Washington, Maine, and elsewhere led to coronavirus outbreaks and deaths.

Both weddings and gender reveals stem from the gender binary — the concept that there are only two genders, men and women — and the stereotypes that binary has instilled in virtually every aspect of our lives, from housework to career to sex.

"It's that straight culture is based in a presumption that men and women are really different kinds of people, that they want different things, that they have different interests, and that they are sort of opposite. And they come together sexually and romantically because opposites attract," Ward said of the gender binary, or idea that "man" and "woman" are the only two genders.

In her book, Ward wrote of the "misogyny paradox," which refers to boys' and mens' struggle to appreciate and respect women in a culture where they're also applauded and considered more masculine for hating and objectifying women.

Young men are also taught sex with women will make them manlier, but they aren't taught how to make that experience pleasurable, or even pleasant, for the women involved.

Then there's the issue of communicating needs and feelings, something that has been coded as a "feminine." Men, as a result, are subtly and explicitly encouraged not to open up emotionally, leaving their partners in the dark.

"Men and women are defaulting into these gender categories," Ward said.

"I think that if men could recognize that equity and feminism are actually really central to a healthy and happy relationship, if that's something they want, then they might be able to move further in that direction," said Ward.

It wasn't always this way

Through her research, Ward found that the concepts of heterosexuality and homosexuality came into existence in the 19th century. Before then, people didn't consider the gender or sex of the person they were having sex with as way to label themselves.

"Before then, people engaged in homosexual sex acts but it was just considered an act, not a type of person," that you had to label, Ward said. When a person had sex with the opposite sex it was for reproductive purposes, for example, while sex with the same sex was pleasure-based and not for reproduction.

But everything changed when Hungarian journalist Karl Maria Kertbeny coined the terms "heterosexual" and "homosexual" in the 1860s. Psychotherapists began to suggest heterosexuality was a superior "type" because it allowed for procreation, while homosexuality didn't have the same utility, BBC previously reported.

Thus a romanticized narrative of the gender binary, or idea that there are two genders of man and woman, was born. This story taught people that opposite-sex attraction, love, and family planning was the most natural way to do things, and it endures to this day in the form of straight rituals like the gender reveal party and lavish wedding ceremonies.