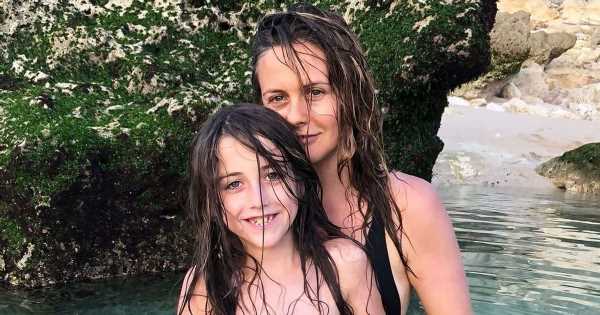 Growing up! Alicia Silverstone gushed about her 9-year-old son Bear’s haircut one month after he buzzed his long locks.

The California native added, however, that she has struggled with her little one’s new look. “It’s a big growing up moment for a mom because I didn’t realize how when they talk their hair off, how much it changes [them],” the Clueless star explained. “He looks like a kid instead of my baby. These are things that are hard to adjust to but wonderful. People get to make decisions for themselves and grow and fit into themselves, right? It’s pretty amazing.”

The Golden Globe nominee debuted Bear’s shorter hairstyle last month, writing, “Yes, It’s true. Bear cut his hair!! My baby’s growing up. I miss his hair!!!!! Was it his decision? Yes. Did I cry inside as I watched him get it cut? Maybe… but did I try to stop him? Not for one second. The reason he chose to keep it for as long as he did was because he loved it so much!!! He just wanted to try something new. Although I have a feeling he’ll find a way back to his long hair again in the future. No matter what though, I will always support my sweet, caring, and precious little boy in every decision he makes.”

Silverstone showed the major moment in a video at the time, and Bear admitted that he was “very” nervous before his ponytail was snipped off.

The Kind Diet author previously opened up about her son being teased for his longer locks. “One time my son was made fun of by other kids because of his hair on a bus ride to surf camp,” she wrote via Instagram in September. “After he had returned and told me, I thought he would want to cut it for a haircut appointment we had already scheduled the next day, but when we showed up, he said, ‘Please give me a trim so I can grow it to my waist.’ That’s my boy!”

The Baby-Sitters Club star praised Bear at the time for “know[ing] who he is.” She noted that “very handsome” male celebrities like Brad Pitt, Harry Styles and Jason Momoa have also rocked long hair over the years.