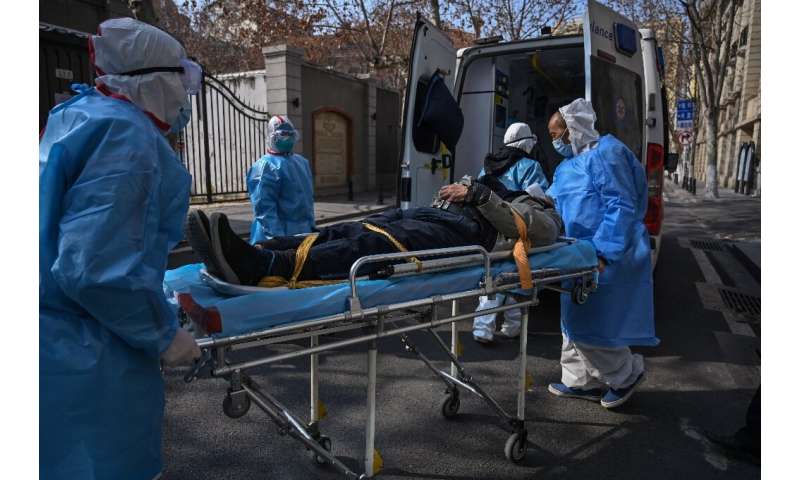 The World Health Organization on Thursday declared a global emergency over the deadly coronavirus spreading from China, after the Asian giant reported its biggest single-day jump in the death toll.

The UN health agency based in Geneva had initially downplayed the threat posed by the disease, which has now killed 170 people in China, but revised its risk assessment after crisis talks.

“Our greatest concern is the potential for the virus to spread to countries with weaker health systems,” WHO chief Tedros Adhanom Ghebreyesus told a briefing in Geneva.

“We must all act together now to limit further spread… We can only stop it together.”

Tedros nevertheless said travel and trade restrictions with China were unnecessary to stem the spread of the virus, which has spread to more than 15 other countries across the globe.

Many countries have already urged their citizens not to visit China, while some have banned entry for travellers from the central Chinese city of Wuhan, where the virus first surfaced.

The US reported its first case of a person catching the virus from another person on American soil—a man in Chicago who contracted the illness from his wife, who had travelled to Wuhan. 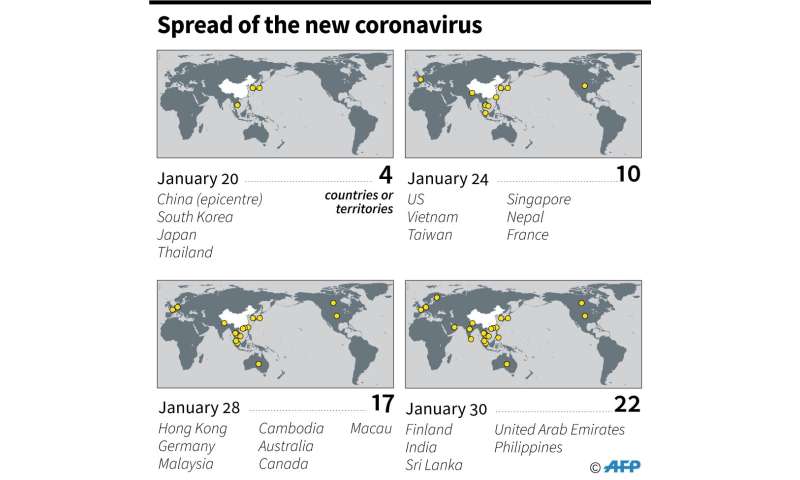 Israel barred all flights from China, while Russia said it was closing its far eastern border with China over the outbreak.

More than 6,000 tourists were temporarily put under lockdown aboard a cruise ship at an Italian port after two Chinese passengers were isolated over fears they could be carrying the virus. They later tested negative for the illness.

Beijing has taken extreme steps to stop the spread of the virus, including effectively quarantining more than 50 million people in Wuhan and surrounding Hubei province.

The government on Thursday reported 38 new deaths in the preceding 24 hours, the highest one-day total since the virus was detected late last year.

All but one of the new deaths were in Hubei.

The number of confirmed new cases also grew steadily to 7,711, the National Health Commission said. Another 81,000 people were under observation for possible infection.

The pathogen is believed to have emerged in a market that sold wild game, and spread during a Lunar New Year holiday season in which hundreds of millions of Chinese travel at home or abroad. 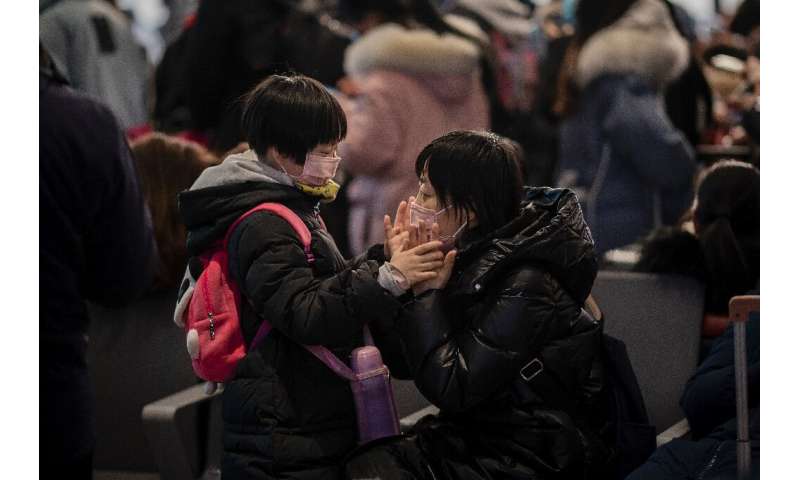 Thousands of foreigners have been trapped in Wuhan since it was sealed off last week.

Beijing and Shanghai were quiet as countless people followed advice to stay indoors, or at least wear masks when venturing out.

Japan and the United States on Wednesday became the first countries to organise airlifts from Wuhan for their citizens. A second US flight is planned in the coming days.

Britain was planning an evacuation of around 200 of its citizens early Friday, after receiving the necessary clearance from Beijing.

A French plane was also due to leave Wuhan on Friday, according to an AFP journalist at the scene.

Australia and New Zealand were among others organising similar operations.

Tokyo on Thursday reported that three people who were aboard the first evacuation flight had tested positive for the virus after landing back in Japan. 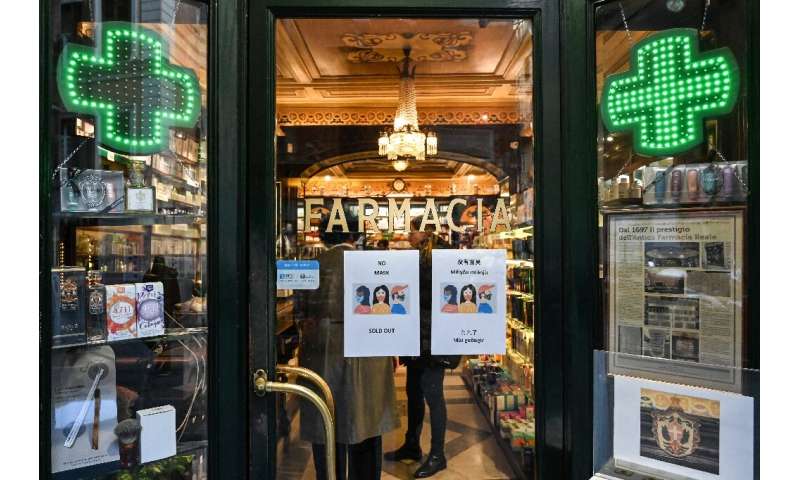 Two of the three infected passengers showed no symptoms, underscoring the difficulty detecting the coronavirus.

Compounding fears, Japan was allowing the arrivals—more than 400 have been repatriated after a second flight on Thursday—to “self-quarantine”.

In contrast, other countries organising evacuations said they were all planning to quarantine.

The virus is similar to the Severe Acute Respiratory Syndrome (SARS) pathogen. That outbreak also began in China and eventually killed nearly 800 people worldwide in 2002-03.

Chinese efforts to halt the virus have included the suspension of classes nationwide and an extension of the Lunar New Year holiday. 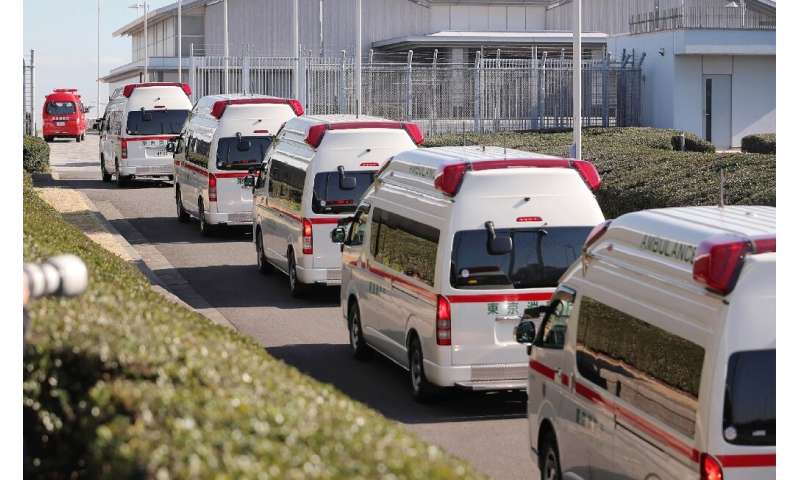 All football matches across the country also will be postponed, the Chinese Football Association said, including games in the top-tier Chinese Super League.

“The whole world needs to take action,” Michael Ryan, head of the WHO Health Emergencies Programme, told reporters in Geneva. 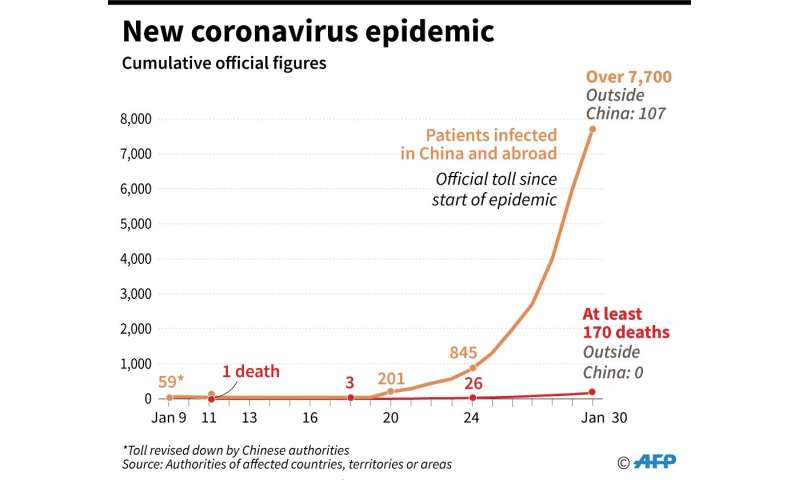 Throughout China, signs of paranoia multiplied, with residents of some Beijing residential compounds erecting makeshift barriers to their premises.

In one of many similar photos posted online, a man wearing a surgical mask and brandishing a traditional martial arts weapon squatted on a barricade outside a Chinese village, near a sign saying: “Outsiders forbidden from entering”.