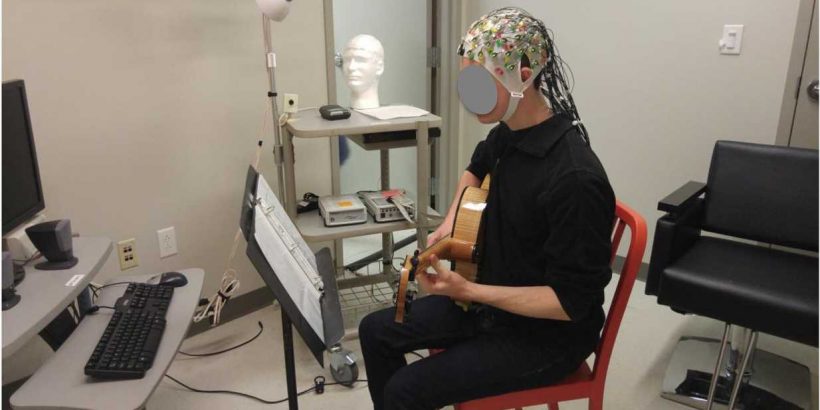 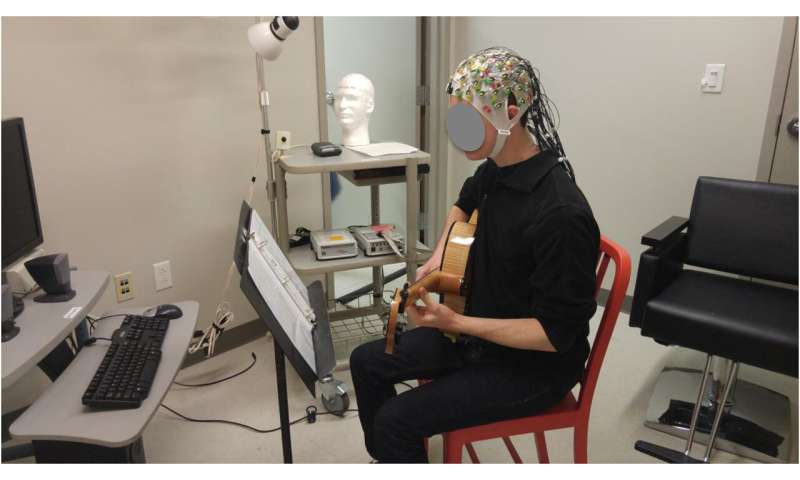 According to a popular view, creativity is a product of the brain’s right hemisphere—innovative people are considered “right-brain thinkers” while “left-brain thinkers” are thought to be analytical and logical. Neuroscientists who are skeptical of this idea have argued that there is not enough evidence to support this idea and an ability as complex as human creativity must draw on vast swaths of both hemispheres. A new brain-imaging study out of Drexel University’s Creativity Research Lab sheds light on this controversy by studying the brain activity of jazz guitarists during improvisation.

By taking into consideration how brain activity changes with experience, this research may contribute to the development of new methods for training people to be creative in their field. For instance, when a person is an expert, his or her performing is produced primarily by relatively unconscious, automatic processes that are difficult for a person to consciously alter, but easy to disrupt in the attempt, as when self-consciousness causes a person to “choke” or falter.

In contrast, novices’ performances tend to be under deliberate, conscious control. Thus, they are better able to make adjustments according to instructions given by a teacher or coach. Recordings of brain activity could reveal the point at which a performer is ready to release some conscious control and rely on unconscious, well-learned routines. Releasing conscious control prematurely may cause the performer to lock-in bad habits or nonoptimal technique.

The study was led by David Rosen, Ph.D., a recent Drexel doctoral graduate and current co-founder and chief operations officer of Secret Chord Laboratories, a music-technology startup company; and John Kounios, Ph.D., professor of psychology and director of the doctoral program in applied and cognitive brain sciences in Drexel’s College of Arts and Sciences.

The team recorded high-density electroencephalograms (EEGs) from 32 jazz guitar players, some of whom were highly experienced and others less experienced. Each musician improvised to six jazz lead sheets (songs) with programmed drums, bass and piano accompaniment. The 192 recorded jazz improvisations (six jazz songs by 32 participants) were subsequently played for four expert jazz musicians and teachers individually so they could rate each for creativity and other qualities. 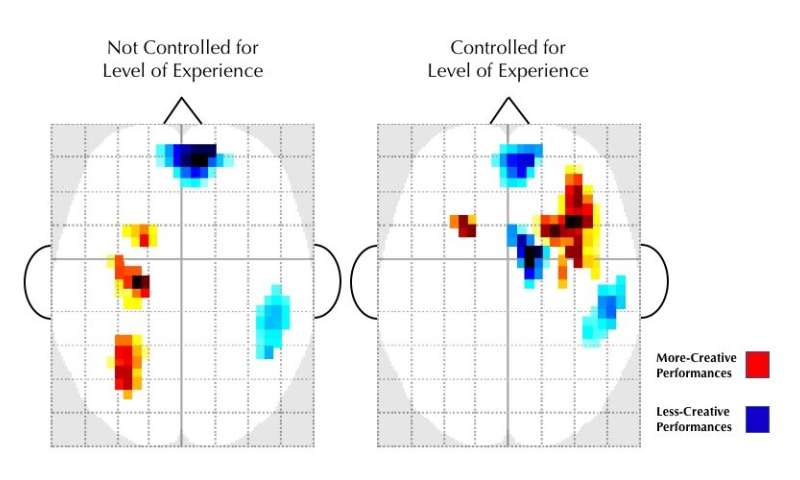 Some of these musicians were highly experienced, having given many public performances over decades. Other musicians were much less experienced, having given only a very small number of public performances. When the researchers reanalyzed the EEGs to statistically control for the level of experience of the performers, a very different pattern of results emerged. Virtually all of the brain-activity differences between highly creative and less-creative performances were found in the right hemisphere, mostly in the frontal region.

This finding is in line with the team’s other research that used electrical stimulation to study how creative expression is generated in musicians’ brains and its study of how experienced and inexperienced jazz musicians reacted to being exhorted to play “even more creatively.”

The new study reveals the brain areas that support creative musical improvisation for highly experienced musicians and their less-experienced counterparts and addresses the controversial question of the roles of the left and right hemispheres in creativity. Furthermore, it raises an important issue that goes to the heart of the definition and understanding of creativity.