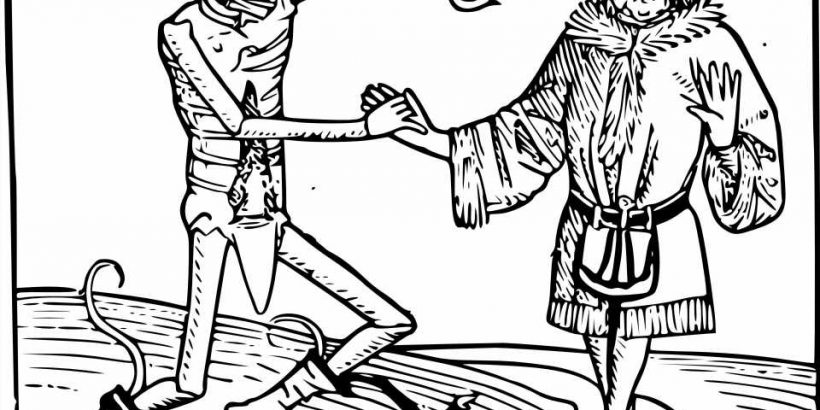 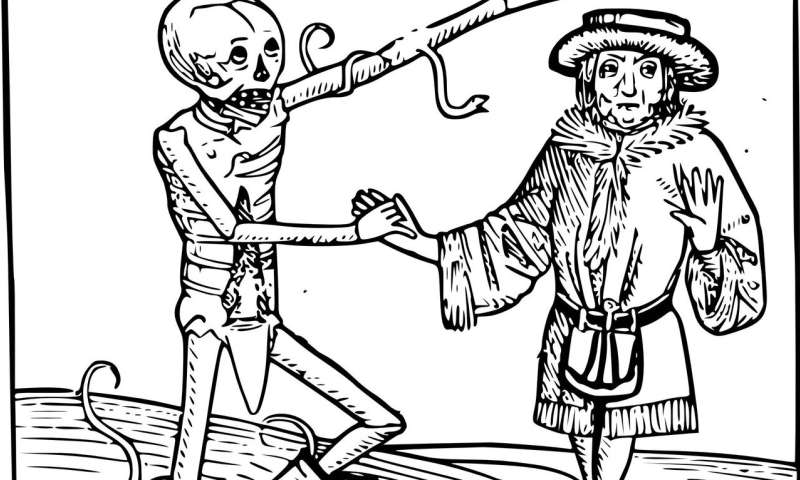 Pandemics of the past are getting new attention and the plague of the 14th century was among the most consequential. Known as the Black Death, it was medieval, European, bubonic and spread by rats – at least that’s what most of us think. Much of that needs adjustment, however, in large part due to discoveries of the past decade, says Carol Symes. The professor of medieval history at the University of Illinois at Urbana-Champaign surveyed the scholarship and science in two recent online lectures, part of a series linked to COVID-19. She also spoke with News Bureau social sciences editor Craig Chamberlain.

Beyond the high level of mortality, what made the Black Death so terrifying for those experiencing it?

It was especially horrifying because it was not just a bubonic plague, meaning that it could attack the lymphatic system and produce painful, pus-filled buboes. It could also be septicemic, entering the bloodstream directly and producing no visible symptoms; or pneumonic, destroying the lungs. It could also be contracted by eating an infected animal, thereby attacking the throat or gastrointestinal system.

So quite apart from the very high rate of mortality it produced, this plague was terrifying because it was so hard to diagnose and treat – it had no single set of symptoms or medical presentations. Even today, it can be hard to identify and cure.

The very real confusion expressed by people at the time, when confronted by the disease, turns out to be perfectly justifiable. When our medieval sources report that the plague sometimes seemed to “strike through the breath” and kill without warning, they were not being irrational.

You note it was only seven years ago that we identified the geographic origin of the Black Death bacterium, Yersinia pestis. What made that possible? And what insights resulted?

In 2011, a team of scientists sequenced the genome of Y. pestis after historians and archeologists identified and excavated a Black Death cemetery in London, which enabled the extraction of ancient DNA from the teeth of medieval victims. Two years later, another team of scientists mapped the genealogy of the genome and determined that the bacterium had originated on the Qinghai-Tibet Plateau, a high-altitude region of central China.

This research also showed that the same bacterium had caused the Justinianic Plague eight centuries before, as well as later plague outbreaks, including the so-called Third Pandemic of the 19th century. There are still active plague foci in Asia, Africa and the Americas. And a 2015 study argues that the bacterium was common across Eurasia more than 5,000 years ago.

Oh, rats were certainly vectors for the spread of the Black Death, especially because they harbored fleas that could carry the disease and spread it to humans. But it turns out that the zoology of plague is much broader, and that potential hosts include a wide array of domestic and wild animals: horses, camels and dogs, on the one hand; rabbits, marmots and birds, on the other.

Just how devastating was the plague and what were some of the consequences?

Rates of mortality could vary from region to region, depending on population density, climate and other factors. But most scholars argue that there was a 40-60% reduction in the entire population of Europe and parts of Asia, and perhaps even more devastating losses of life in Africa – not just North Africa, but sub-Saharan Africa, too. All three of these continents were part of a vast, interconnected network of commerce and communication. We are learning more about the extent and intensity of those connections practically every day.

For those who survived, the Black Death must have been a source of lasting trauma. However, it was also a corrective to overpopulation and the unsustainable overcultivation of medieval farmlands, which had caused massive deforestation and the disruption of animal habitats.

A healthier post-plague ecological balance restored nutrients to the exhausted soil while the smaller population reduced the demand for grain, allowing farmers to diversify their crops and further improve the soil’s fertility through the pasturing of livestock. Even peasants could now eat a diet balanced by vegetables and meats. An archaeological study of cesspits in Glasgow has shown that the people of 15th-century Scotland ate a healthier diet than they do today.

The massive mortality also meant that, for the first time in centuries, the labor of average working-class people was valuable – and laborers knew that. Medieval governments attempted to keep workers from moving in search of better wages or banding together in solidarity to form trade unions, but these efforts were largely unsuccessful. One recent article argues that pandemics always tend to have such long-term economic effects.

How might the circumstances around the plague in medieval Europe echo today as we deal with COVID-19?

It’s quite ironic, given our society’s access to cutting-edge medical science, that our best defense against coronavirus – in the absence of widespread testing, or, hopefully someday, a vaccine – is a medieval one: quarantine. The restriction of movement to prevent the spread of disease is a documented practice well known to medieval rulers and urban administrators as the first and most basic step to take. The word itself comes from a Venetian word of that time, “quarentena,” referring to the 40-day period deemed necessary to ensure that an outbreak had been neutralized.