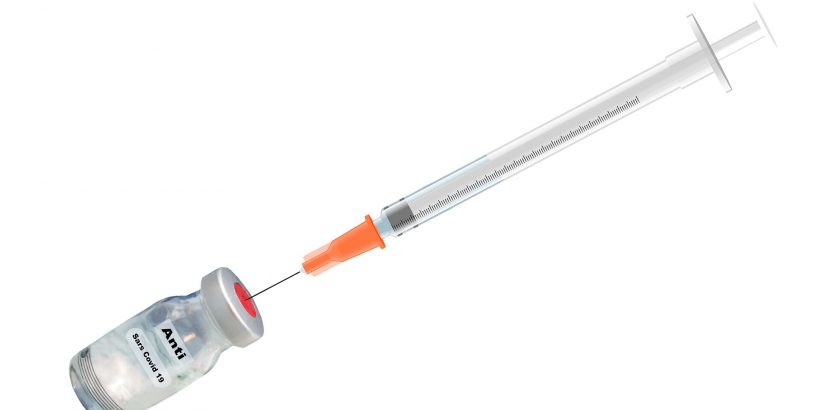 Americans began receiving Pfizer’s COVID-19 vaccine this week, and many people are eagerly awaiting their turn at vaccination, which they see as a ticket to normalcy.

Operation Warp Speed—a government-funded effort to develop and deliver the initial doses of COVID-19 vaccine by January—launched in May, but the U.S. Department of Health and Human Services began pouring funds into different drug companies’ vaccine efforts back in March. Pfizer’s is the first of four U.S.-funded vaccine candidates in phase three trials to get Food and Drug Administration emergency use authorization. Authorization of the Moderna vaccine is expected soon.

Deepta Bhattacharya, an associate professor in the University of Arizona Department of Immunobiology and a member of the

university’s BIO5 Institute, studies immune responses to infections and vaccines. He gave a presentation on COVID-19 vaccines during a Dec. 7 briefing on the campus response to the pandemic.

Bhattacharya spoke with UArizona News about the science, development process and safety of the COVID-19 vaccine.

Q: There is mistrust among some Americans in a COVID-19 vaccine. Why do you trust the Pfizer and Moderna vaccines?

A: You have to understand where these (vaccine-hesitant) people are coming from. Until the data was released, I was hesitant, too. I think it lends credibility to the vaccines when, as scientists, we call it like we see it. The Pfizer and Moderna trials have been outstanding in terms of their transparency and scientific rigor.

Q: Can you briefly explain how the Pfizer and Moderna vaccines work?

A: The virus that causes COVID-19 has a genome made of a type of molecule called RNA. This is in contrast to our own genomes, which are made of DNA. The virus infects cells and uses this RNA to make about 15 types of proteins, which it needs to make more copies of itself and infect more cells. The Pfizer and Moderna vaccines use just one small part of that RNA to have your cells make only one protein. This allows the immune system to recognize it and make a response, but because only one protein is being made, no infectious virus is produced.

Q: Was the vaccine rushed in a way that could make it unsafe?

A: The parts accelerated in the development of these vaccines were not the safety checks but rather the in-between parts that money can accelerate.

When the government gave money to the companies developing these vaccines, they de-risked the development process. One of the reasons we don’t have a SARS (severe acute respiratory syndrome) or MERS (Middle East respiratory syndrome) vaccine is because drug companies began the process, then took a huge financial hit. Before they finished, there was no more epidemic to deal with and no demand for a vaccine. However, we gained a lot of knowledge about how to vaccinate against coronaviruses, so a lot of that preexisting knowledge allowed the process to begin quickly.

During the normal process of vaccine development, the first step is a long period of basic research and development—what parts of the virus do you need to make an immune response against and so forth. That’s been sped up because there’s been a lot of research on other coronaviruses, so we had a good idea of what part of the virus to target and replicate. It also helped that scientists in China released the genome sequence (of the virus) in January.

Then, typically, between trial phases one, two and three, there are long periods of market research and analysis to ensure that demand will still be there when they develop the final product. But, in the case of the coronavirus vaccine, most governments around the world have taken away the financial risk by offsetting research and development and manufacturing costs and committing to buying doses ahead of time. This allowed manufacturers to move quickly between phase one, phase two and phase three trials.

The safety and efficacy trials were not done differently.

Q: What are some of the risks that people must weigh when deciding if vaccination is right for them?

A: It’s important for us to provide people with the information they need to decide on their safest option. The alternative to not getting a vaccine is risking the virus. The risk associated with getting infected by the virus is much greater than what would be considered acceptable symptoms by any vaccine. The risk of death from the virus for even a 25-year-old is about 1 in 10,000, and that is obviously much higher in older adults. We are also learning that a substantial fraction of people take months to fully recover from the infection. No vaccine would be approved at such a fatality or side effect rate.

The other thing to consider is the chance of transmitting the virus to someone else who is at high risk. The vaccines will almost certainly reduce that risk.

Q: What do we know so far about vaccine side effects?

A: It’s important to make clear that you will feel pretty bad after the second dose—worse than after getting the flu shot. Your arm will get sore and maybe swollen; you could run a low-grade fever for the next couple of days. But that happens because you’re mimicking some small part of what the virus and your immune system would be doing if you got infected.

We have learned about two serious adverse reactions in people with severe allergies—meaning people who have anaphylactic reactions to certain foods or allergens, like peanuts or bee stings, and need to carry EpiPens. Because they were carrying their EpiPens, they have recovered and are OK. But people with these conditions were excluded from the clinical trial, so they are being advised to hold off until we learn more.

Q: Once someone is vaccinated, can their lives return to normal?

A: Early indications look very good, but there are a few questions we still have to answer before we can know with absolute certainty.

It’s easier to prevent symptoms than it is to prevent all infections. One of the things we want more data on is how good are the vaccines at preventing infection and subsequent transmission? We just got an early look at data from Moderna that looks very promising on this front. Yet, some people will get infected after being vaccinated but won’t know because their symptoms have been lessened. In those cases, how likely are they to transmit it to someone else, and how often does something like that happen? My guess is that states will still recommend wearing masks for a bit until the data comes in through January and February, but afterwards that recommendation will gradually be lifted as more people get vaccinated.

Q: What do you say to people who compare COVID-19 to other illnesses, such as the flu?

A: I think when we hear statements like this, it is more an indication of a longing and justification to get back to some semblance of life as we knew it before 2020 than it is an argument of fact. I think most would acknowledge that the seasonal flu doesn’t fill up our hospitals each year with very sick people. We would be in big trouble as a species if it did. Our best estimates are that the coronavirus that causes COVID-19 kills about 1 in every 200 people it infects. A particularly bad seasonal flu year would be at least 10 times less than that, and more typically 100 times less.

We all want to be able to travel freely, to have our businesses and restaurants thrive and to see our friends and family without concerns or restrictions. The best way to get to that, and the best exit strategy from the mess we are in, is the vaccine, so long as enough people take it.

Q: Do you have anything else to add?

A: There’s some misinformation circulating out there on social media about whether the vaccine causes autoimmunity or sterility; it does not. Or whether it integrates into your DNA and becomes permanent; it does not. And there are other claims that have no scientific basis. Often, these come from the same people who argue that getting infected by the virus is a preferable strategy. Remember that the vaccines replicate just one small part of the virus to trigger a safe immune response. The logic doesn’t make sense to say that the vaccines do all of these harmful things (that they don’t), but that somehow the virus is safe.

Q: Are you willing to take the vaccine when you become eligible, and why?