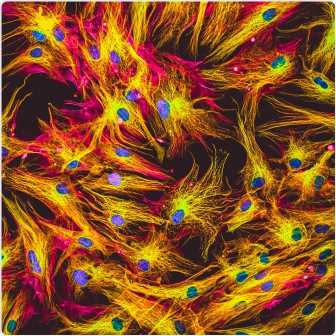 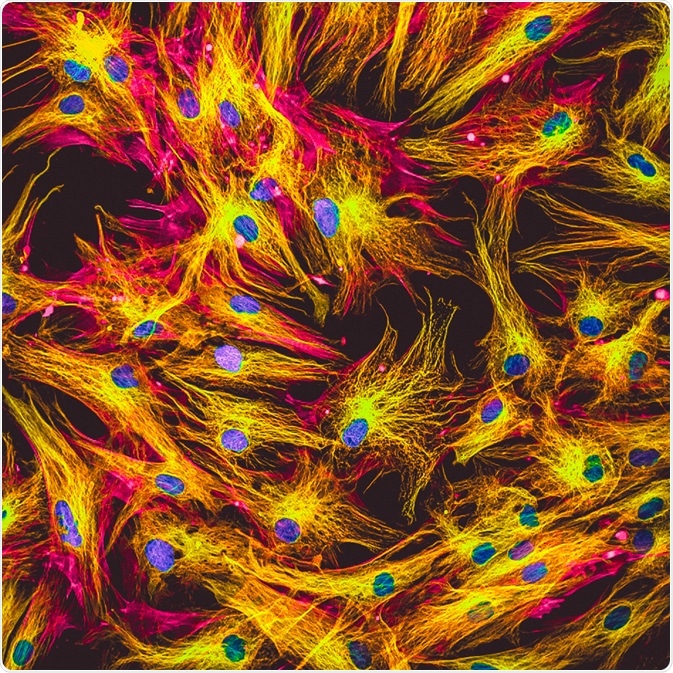 In addition to cell dynamics, topographical cell changes can be seen in real-time. Events that typically occur within milliseconds can also be studied using fluorescence force microscopy, therefore allowing closer investigation of membrane dynamics and typically rapid events, such as the release of neurotransmitters.

How does fluorescence force microscopy work?

Fluorescence microscopy allows molecules tagged with a fluorescent label to be spotted via microscopy when the fluorophore is excited. However, current techniques do not enable tracking of a single molecule in the vertical dimension, thereby limiting the possible detection.

The addition of the atomic force microscopy method allows measurements of the evanescent wave’s distance-dependent intensity decay. The evanescent wave’s data can be used to modify a fluorescent particle’s vertical motions into displacement data of one nanometer or less. This displacement data shows how molecules move and have been applied to molecular dynamics in active cells.

The combination of atomic force microscopy with fluorescence microscopy allows detecting in the z plane, in addition to the x and y planes. This is possible due to high resolutions within the subnanometer range, over milliseconds. The evanescent wave is calibrated to the nanometer scale, which allows the fluorescent particle’s location to be detected in the z plane.

Many applications focus on cellular interactions and membrane activity. Investigations of exocytosis in lung cells used the dual ability to detect activity and structural changes that fluorescence force microscopy possesses to look at exocytosis events and their effects on the cell.

They found that when lamellar bodies underwent exocytosis from the cell, the cell height and volume increased and then subsequently decreased back to normal levels. This provided the first evidence for the hypothesized dynamic nature of cells undergoing the slow exocytosis of lamellar bodies.

This form of data collection is still being evaluated, as it relies on the accurate correlation of fluorescence and force microscopy, and the accuracy of the correlation can be influenced by a myriad of factors, such as drift and precision. Recent developments have further produced images with improved accuracy using correlative fluorescence and force microscopy, demonstrating that the technique holds promise for future applications.

Sarkar, A. et al. (2004). Simultaneous atomic force microscope and fluorescent measurements of protein unfolding using a calibrated evanescent wave. Proceedings of the National Academy of Sciences of the United States of America. https://doi.org/10.1073/pnas.0403534101

Sara is a passionate life sciences writer who specializes in zoology and ornithology. She is currently completing a Ph.D. at Deakin University in Australia which focuses on how the beaks of birds change with global warming.