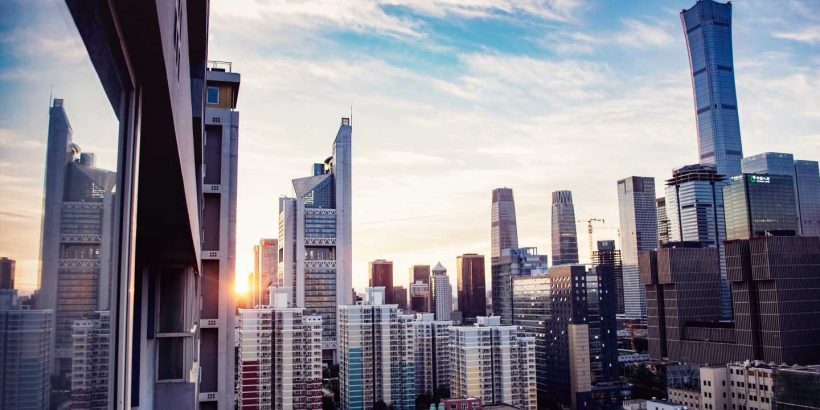 Over 1,000 flights have been cancelled, schools shut and residents urged not to leave Beijing, as Chinese authorities race to contain a fresh outbreak linked to the capital’s largest wholesale food market.

The number of confirmed cases in the capital has shot up to 137 within the last week after two months of no cases, and four other provinces have revealed cases linked to the Beijing cluster.

How did the outbreak begin, and what measures are Beijing taking to contain it?

What is the origin of the cluster?

Beijing had turned into a virtual fortress at the height of the pandemic, with people arriving from other regions or countries required to undergo quarantines.

While international flights are still diverted to other cities to prevent imported cases, other measures had been relaxed in recent months.

The emergence of a new patient Thursday revived fears in the city.

In the following days, dozens of people who worked at or visited the Xinfadi wholesale market in southwest Beijing tested positive.

The source of the new outbreak remains a mystery.

Traces of the virus were found on a salmon chopping board at Xinfadi, raising fears over the hygiene of the imported fish.

Wu Zunyou, chief epidemiologist with the Chinese Centre for Disease Control and Prevention, told state broadcaster CCTV on Monday that the pathogen “resembles the virus strains in Europe the most, which, however, doesn’t mean that it came from Europe”.

But Wu said researchers still had not determined whether the virus was from the imported seafood itself, or transmitted from an infected asymptomatic or mild-symptom person who went to the market.

“We came up several possibilities, and the most likely one is that the carrier of the novel coronavirus comes from outside China or other parts of China and brought it here,” said Wu.

The initial COVID-19 outbreak is widely believed to have emerged late last year from a seafood market in the central city of Wuhan where live animals were also sold.

Until the new outbreak, most of China’s recent cases were nationals returning from abroad as COVID-19 spread globally, and the government had all but declared victory against the disease.

How is China tackling the new cluster?

Officials have closed 11 markets and all schools—most of which had already reopened—and banned residents of “medium- or high risk” areas of the city from leaving.

Other residents are required to undergo nucleic acid testing in order to leave.

Several provinces announced quarantine restrictions on travellers from Beijing, while all sports and entertainment venues were ordered shut.

Dozens of residential compounds in hard-hit areas of the city have also been put under lockdown.

Officials have closed 11 markets and disinfected thousands of food and beverage businesses in Beijing after the outbreak was detected.

Since May 30, more than 200,000 people had visited Xinfadi market, which supplies more than 70 percent of Beijing’s fruit and vegetables, officials said.

More than 8,000 workers there were tested and quarantined, and authorities plan to test 19,000 residents of locked-down communities near two of the affected markets, Xinfadi and Yuquanlu.

How are people reacting?

The latest outbreak is already changing the city, after two months of no new local cases. Bars in the trendy Sanlitun district have been ordered to close, while consumers are wary of eating seafood at local restaurants.

The closure of schools may last through the autumn, an official suggested on Monday.

The city’s anti-epidemic measures had relaxed in recent weeks after the annual meeting of China’s parliament in May saw thousands of delegates flock to the capital.

But an expert said the latest outbreak would not worry Beijing residents too much, as city authorities have reacted quickly.

“The government raises the risk level of the epidemic on the basis of streets and districts, instead of the (entire) city. This could help ease people’s panic to some extent,” said Lu Jiehua, a sociology professor at Peking University.