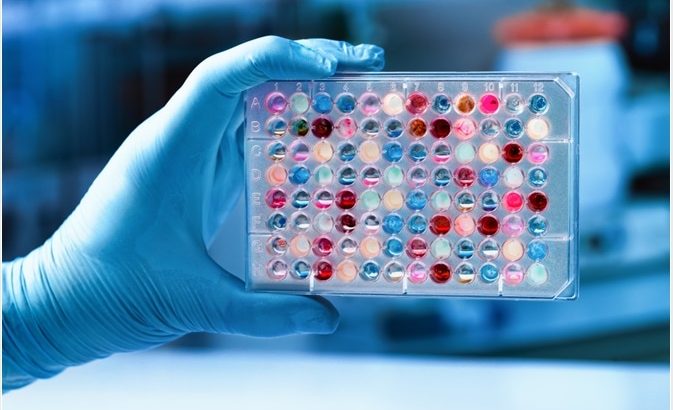 Microplates, ‘microtiter plates’ or simply ‘microtiters’ are multi-well plates that can be sealed and employed in multiple applications in the fields of therapeutics, diagnostics, molecular biology, pharmaceutics, and biomedical studies. 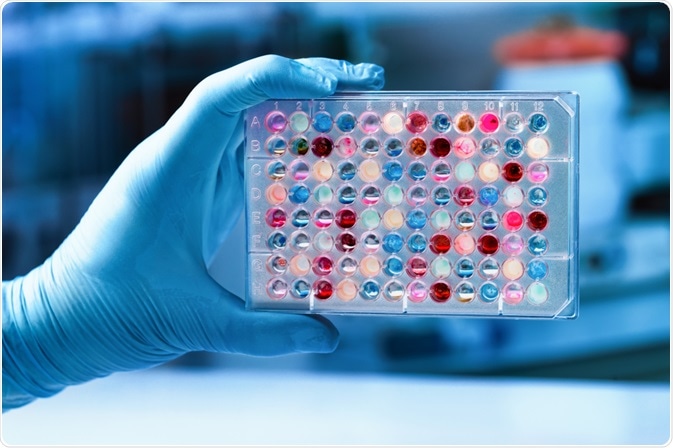 These studies are carried out to advance existing research and for exploring new development areas in the fields of medicine. The titration reactions help in carrying out microvolumetric calculations while administering multiple reactions at the same time.

The most common use it is put to today is in the Enzyme-linked immunosorbent assay (ELISA), used in human diagnostics.

More uses involve nucleic acid and protein quantification, assays, cell culture, and sample filtration. In essence, a microplate is a simple glass plate, with multiple depressions or wells placed side by side in a rectangular matrix.

The wells are used to hold between 10 and 1000 nano-liters of liquids and carry out simultaneous titration and testing using wire metering and photometry. They are usually made of glass and come in a variety of sizes, like 24, 48, 96, 384, 864, and 1536 well plates. There are also variations and customizations available in well sizes, well shapes, and plate coatings, depending on the requirement of the titration analysis to be carried out.

Microplates were invented as a need of the time, back in 1951, when Hungarian scientist Dr. Gyula Takatsy, was forced to seek economical solutions during an influenza outbreak in Hungary.

The Doctor observed that standard testing at the time was too expensive when done in large batches because it was limited using reagent tubes and dilution series. He understood the significant increase in throughput achievable by placing the wells side by side on a Polymethyl methacrylate (PMMA) plate and linking them using a wire loop, thereby saving time during pipetting.

He made the first ‘8*12’ well microplate by hand and handled the liquid with needles. He continued improving his original 96-well design by replacing the iron wire loops with sewing needles. It was only in the 1960s that his invention was seen as a breakthrough in biomedical testing and adopted in laboratories across the world as standard equipment.

Over time, microplates were improved depending on the needs of the testing, and the readers adapted as well. The flexibility of the microplates was improved as time went on with the addition of automation equipment, and today, there are photometers with monochromators available to cater to any wavelength and software modifications that fulfill complex FDA requirements like 21 CFR Part 11.

In the 1990s, the defining characteristics of a microplate were identified. These included the number of wells, the well shapes, well dimensions (radius and depth) and properties of the plate (material, rigidity, dimensions).

Accordingly, the American National Standards Institute (ANSI) paved the way for standardization of the microplates by creating standards. This led to greater interoperability and transference between microplate types. Instrumentation, automation, and manufacturing also improved as a result of standard creation.

In 2010, two of the biggest Standards and testing Organizations merged and formed the Society for Laboratory Automation and Screening (SLAS). Since then, the standards have been referred to as SLAS/ANSI Standards.

Modern-day microplates are manufactured in a variety of materials. Polystyrene is mostly used in optical detection microplates.

Similarly, for observing temperature changes and storing rare compounds, the use of polypropylene is optimal in plates. Storage at temperatures of -80 degrees Celsius is possible, and thermal cycling can be observed by using polypropylene in plates.

Polymerase chain reactions for DNA amplification require disposable plates and are carried out using polycarbonate microplates. Cyclo-olefins can be used in microplates to transmit UV light, and quartz microplates can be used for precision temperature testing.

The manufacturing process used is injection molding, applicable to each of the materials used for manufactures such as polystyrene, polycarbonate, cyclo-olefins, and glass. For more advanced and complex designs composite material components are molded separately and then assembled.

With the growth of the technology behind microplates, the supporting industry of microplate movers, readers, sealers, washers, and insulators has also mushroomed. Several modern companies employ sophisticated robots that move around the solutions in and out of the microplate cells.

Similarly, sealing with foil and clear film, cleaning and reading operations have evolved since the 1960s, when the first hand made microplates were being introduced to the world.

Much of the experimentation and diagnostics performed today are possible because they use equipment that makes it economically viable to fail multiple times before succeeding once. The use of automation has further helped increase precision in diagnostics, while simultaneously reducing the costs of batch testing. The invention of microplates was nothing short of a turning point in the progress of biomedical testing.