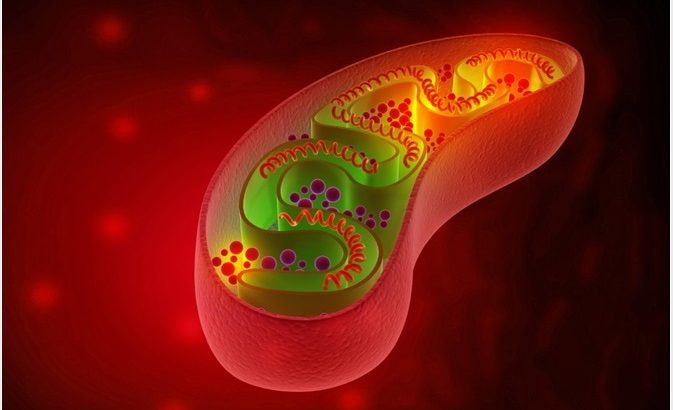 Coenzymes are essential components of the many metabolic processes that sustain life on the cellular level. 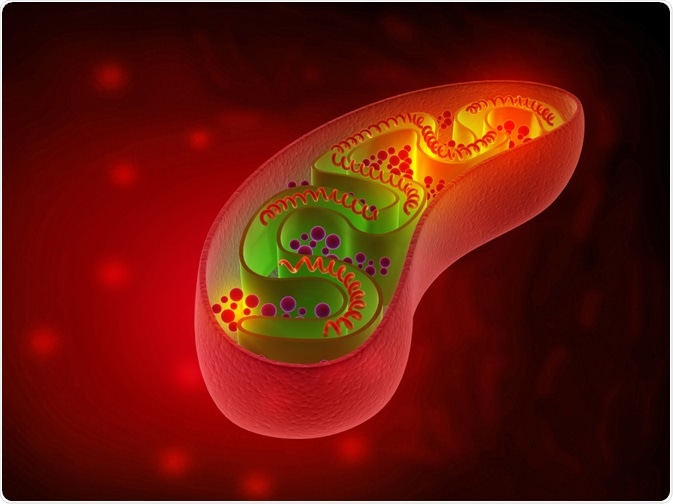 A coenzyme is defined as an organic molecule that binds to the active sites of certain enzymes to assist in the catalysis of a reaction. More specifically, coenzymes can function as intermediate carriers of electrons during these reactions or be transferred between enzymes as functional groups.

Coenzymes, which are often vitamins or derivatives of vitamins, therefore play a crucial role in the regulation of most enzyme activities. In addition to some of the aforementioned coenzymes that are involved in the generation of the energy molecule adenosine triphosphate (ATP), several other coenzymes are considered to be fundamental to the existence of all living cells.

These include two additional redox coenzymes of oxidized nicotinamide adenine dinucleotide phosphate (NADP+) and its reduced counterpart of NADPH, as well as other energy coenzymes like adenosine diphosphate (ADP) and adenosine monophosphate (AMP). 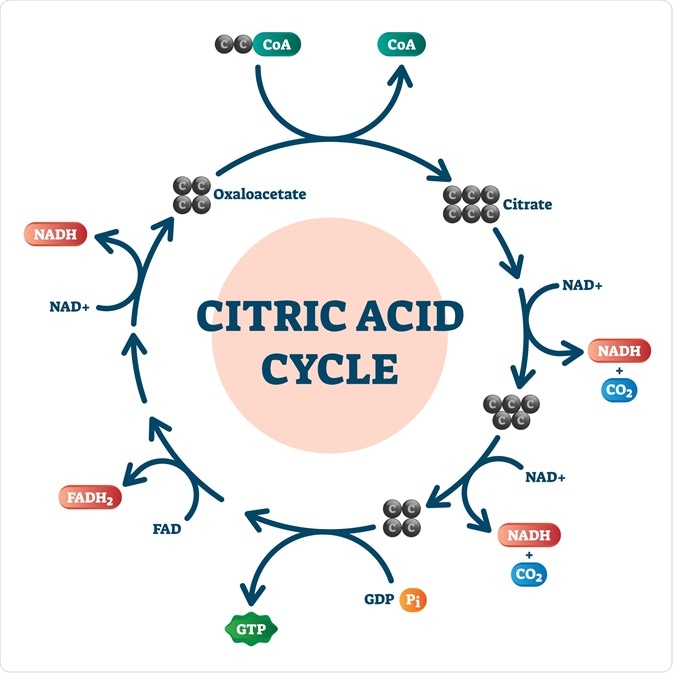 Although glycolysis does not require the input of oxygen to produce ATP, this reaction is limited in its ability to harvest a significant amount of ATP that is available from glucose. Comparatively, the citric acid cycle, which requires the input of oxygen, can produce more ATP molecules than glycolysis and therefore supply more energy to support the many metabolic processes required to sustain life.

In fact, the citric acid cycle, in conjunction with oxidative phosphorylation, is responsible for producing more than 95% of the energy used by aerobic cells in human beings.

As previously mentioned, the citric acid cycle, which is also referred to as the Krebs cycle or the tricarboxylic acid cycle (TCA), is central to all metabolic processes that occur within the cell. TCA begins with the condensation of the coenzyme acetyl-CoA to citrate. Citrate then undergoes dehydration to produce cis-Aconitate, which is then rehydrated to form isocitrate.

Catalyzed by the enzyme isocitrate dehydrogenase, isocitrate is converted through a two-step reaction to a-ketoglutarate. These irreversible reactions result in the formation of NADH and carbon dioxide (CO2). Once a-ketoglutarate is formed, it then undergoes an oxidation-reduction reaction to form a four-carbon compound known as succinyl-CoA while simultaneously reducing NAD+ into NADH.

Succinyl-CoA then undergoes an energy-conserving reaction to form succinate, during which guanosine diphosphate (GDP) is phosphorylated to guanosine triphosphate (GTP). Once GTP is formed, it readily transfers its terminal phosphate group to ADP in order to form a new ATP molecule.

From here, FADH2 can enter the electron transport change, which results in the formation of two new ATP molecules. Returning back to the citric acid cycle, fumarate is hydrated to form L-malate, which then undergoes a dehydrogenation to form oxaloacetate.

The oxidation-reduction reaction that is responsible for the formation of oxaloacetate also reduces NAD+ to NADH. Taken together, a single citric acid cycle, produces three NADH molecules, one FADH2 molecule, one ATP molecule and two CO2 molecules. Since a single glucose molecule will form two pyruvate molecules, both of which will undergo their own metabolism by the TCA, the production of these high-energy products is doubled. Furthermore, the energy-rich molecules produced by TCA are crucial to the downstream production of ATP via the electron transport chain.

In addition to the TCA, other metabolic processes involved in programmed cell death, calcium homeostasis, the production of reactive oxygen species (ROS) and oxidative stress all occur within the mitochondria. The dysfunction of coenzymes, as well as any other mitochondrial components, can directly alter a wide range of both anabolic and catabolic pathways that can contribute to the development of various disease states.

To date, there is a limited amount of data available to correlate the direct role that coenzymes have on these diseases; however, their importance in the regulation of enzymes that are known to contribute to certain disease states allow researchers to conclude the inevitable impact that coenzymes also have on these health conditions.

While this lack of understanding remains, several clinical studies have already found that incorporating certain coenzyme therapies can improve the occurrence of positive outcomes in the treatment of certain cancers and other diseases. As more research is conducted to further advance the understanding of what molecular roles coenzymes have in certain disease states, researchers are hopeful that these efforts could result in the identification of novel therapeutic targets.

After completing her Bachelor of Science in Toxicology with two minors in Spanish and Chemistry in 2016, Benedette continued her studies to complete her Master of Science in Toxicology in May of 2018.During graduate school, Benedette investigated the dermatotoxicity of mechlorethamine and bendamustine; two nitrogen mustard alkylating agents that are used in anticancer therapy.