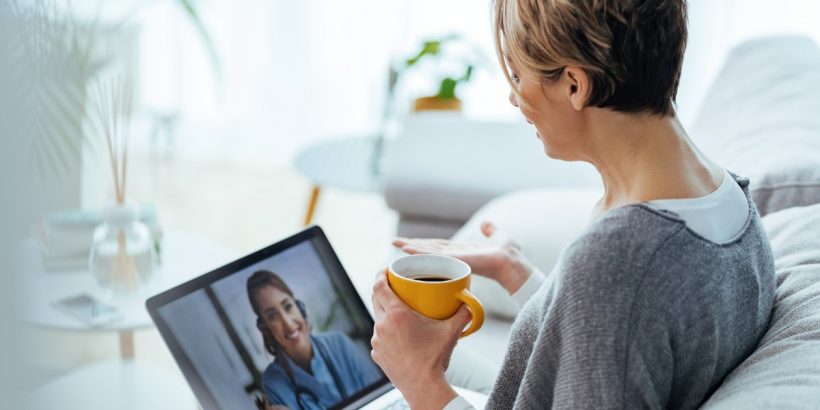 Since the COVID-19 public health emergency was declared in 2020, the Department of Health and Human Services has renewed the legislation every 90 days. Close to the end of the most recent expiration date, October 13, HHS Secretary Xavier Becerra again signed a renewal determination and it was posted without announcement late in the day.

There had been no official news but a lot of hearsay that the PHE would be renewed once more because the Biden Administration indicated it would give two months’ notice before its expiration. There is also the matter that open enrollment begins on November 1, and without the relaxed enrollment provisions for Medicaid that the PHE provides, the national uninsured rate along with health premium costs would certainly rise.

But by definition, an “emergency” can’t last forever. While the inevitable end of the PHE could result in the loss of Medicaid to millions when states review enrollee eligibility and other impacts to healthcare operations, the questions of what will happen to telehealth benefits and the continuum of care in the absence loom large.

While there has been extensive support for making the changes that have launched telehealth and provided the opportunity to serve more patients, there are some that want to halt the prescribing of controlled substances via telehealth for mental health and substance abuse disorders and see the Ryan Haight Act–the online pharmacy consumer protection act of 2008– reinstated.

Despite the Consolidated Appropriations Act of 2022 providing a 151-day extension on some flexibilities granted during the COVID-19 public health emergency once the PHE ends, providers and other healthcare professionals engaged in telehealth are eager to prepare for the expiration date.

There has been mounting pressure from the Republican Party, including a September 19 letter from Sen. Richard Burr, R-North Carolina, with numerous questions about ending emergency powers since President Joe Biden remarked during his September 60 Minutes appearance that “the pandemic is over.”

“Without a clear plan to wind down pandemic-era policies, the deficit will continue to balloon and the effectiveness of public health measures will wane as the American people continue to be

Despite economic concerns, ending the legal waivers afforded under the PHE could ricochet, hammering against gains made in increased patient access.

Dr. Adrienne Boissy, Qualtrics chief medical officer (and former Cleveland Clinic chief experience officer), notes that patients continue to rely on expanded digital access as mental health effects from the pandemic linger. She says that a reversal would limit digital health access, which an overly burdened and understaffed industry has come to rely on.

“The ease and convenience telehealth provides are consistent sources of positive patient experiences, as well as decreased total costs of care and less time away from the workplace,” she said in a statement to Healthcare IT News.

“Comparing 2016 to 2022, clinicians also report better health outcomes for patients, efficiency and less stress/burnout as major drivers for adopting digital tools, including telehealth,” she said. “With the PHE, we saw the industry put patients and their access to care first–no longer hindered by location or demographics.

“To revert back to reimbursement models that only support in-person care unravels the gains of meeting people where they are–physically and emotionally,” said Boissy.

Brad Kittredge, CEO and co-founder of Brightside Health, adds that the country will be short psychiatrists – between 14,280 and 31,109 – in just a few years. Ending the PHE presents a reduced ability to serve the growing number of patients in need of or seeking mental healthcare, he said.

“While there’s no silver bullet solution, telehealth offers the best and most immediate solution to this growing challenge by increasing patient access to mental health specialists without being limited to geographic regions or facilities,” Kittredge explained in a statement sent to HITN.

“More significantly, telehealth enables us to use technology and data to help clinicians be more efficient and effective at treating their patients, maximizing the impact they can make,” he said.

During a recent American Telemedicine Association policy update, the ATA’s federal and state-level telehealth policy experts described efforts to develop a consistent regulatory framework so telehealth can be deployed across states and fully leveraged and address the patchwork of 50 different state requirements.

Legislators have also proposed broadening access to telehealth through the Telehealth Benefit Expansion for Workers Act, Telehealth Extension Act and the Advancing Telehealth Beyond COVID-19 Act of 2021, which was passed by the House of Representatives in July, received in the Senate and referred to the Committee on Finance where it sits.

Also at play are a number of loosened restrictions that opened the gateway to online treatment of certain conditions when access to in-person medical care was restricted and uptake surged.

Healthcare organizations and retailers entering the space through mergers and acquisitions with healthcare providers have urged the U.S. Justice Department and the Drug Enforcement Agency to revise telehealth controlled substance rules.

The bill H.R. 7666 – the Restoring Hope for Mental Health and Well-Being Act of 2022 – introduced by Rep. Frank Pallone Jr., D-New Jersey, which was also passed in the House, aims to address this hot-button issue for mental health telehealth providers.

The bill would permanently eliminate the X waiver, currently not required under the PHE.

To qualify for the waiver to dispense buprenorphine for maintenance or detoxification treatment, the practitioner must take an eight-hour training and may only treat up to 30 opioid use disorder patients.

Dr. Kristin Mack, a physician in Ticonderoga, New York, told MedPage Today that she would like to see the X waiver eliminated permanently.

According to the story, rural communities are some of the hardest hit by the opiate epidemic.

“We work really hard with community resources to provide counseling and things like that. But if I were to tell somebody, ‘Oh, you have to go an hour away to a city to get care for this’ and then they need to be seen monthly, it’s just not an option,” she said.

The Restoring Hope for Mental Health and Well-Being Act of 2022 was received in the Senate and was referred to its Committee on Health, Education, Labor and Pensions at the time of reporting.

Treating opioid use disorders via telehealth

It has been more than 10 years since the Ryan Haight Act mandated that DEA establish a rule ensuring healthcare providers can successfully prescribe controlled substances via telehealth, but there has been no rule set forward.

The SUPPORT Act again mandated the DEA issue rulemaking by October 2019 and the Fiscal Year 2021 final appropriations report requested the agency to establish these rules, according to the website of Sen. Mark Warner, D-Virginia.

This past year he urged the Biden Administration to finalize regulations that allow doctors to prescribe controlled substances through telehealth.

“In practice, the DEA’s failure to address this issue means that a vast majority of healthcare providers that use telehealth to prescribe controlled substances to and otherwise treat their patients have been deterred in getting them the quality care they need. These restrictions have been temporarily waived during the COVID-19 public health emergency, and I welcome that, but patients and providers need a more permanent and long-term solution to this long-delayed rulemaking,” Warner wrote in May 2021.

According to the story, Doug Nemecek, the chief medical officer of behavioral health for Evernorth, said that not enough people are accessing MAT and overdose rates have reached historic highs.

“If regulations come back that prevent those companies from being able to deliver care in that way, we’re concerned that it’s going to have a negative impact on patients and our ability to make sure that people have access to the MAT that we want them to have access to,” Nemecek said.

The co-founder of Quit Genius, Dr. Maroof Ahmed, explained in an email to Healthcare IT News that telehealth has filled a void that existed before the PHE.

“Telehealth flexibilities and ePrescribing waivers have been crucial in enabling providers to care for patients during the pandemic and have greatly expanded access to care in situations where patients were unable or unwilling to travel to a physical location,” he insists.

Amending the Ryan Haight Act law is an effort largely supported in the healthcare and mental health space.

However, Dr. Mimi Winsburg, CMO and the other co-founder of Brightside Health, shared another point of view regarding the dubious practice of prescribing controlled substances without an initial in-person visit.

“To count on a public health emergency temporary lifting of laws in order to stimulate growth of your business is perhaps a questionable practice,” she told Healthcare IT News, noting that Brightside adhered to not prescribing controlled substances over telemedicine despite the legal waivers.

“While a lot of medical visits moved to tele during this sort of difficult part of the pandemic, that now in most specialties, they have gone back to in-person, but what we are seeing in mental health is about 80% have stayed remote,” she added. “And so patients are continuing to get their mental healthcare largely through telemedicine.”

Winsburg entertained the question out loud: “Will they be resistant to in-person appointments if they need certain kinds of prescriptions?”

“I don’t think they will because we have seen that they’re willing to go back to the doctor for other reasons,” she added.

The net growth of prescription drugs issued–stimulants and other controlled substances–grew during the pandemic, and she says she questions if the growth was largely driven by online practices “that were taking advantage of the lifting of the Ryan Haight Act.”

Winsburg did acknowledge, however, that an inability to prescribe buprenorphine via telehealth for substance abuse disorder, “is potentially an issue,” she said.

Yet, “These laws exist for a reason and what we have to balance in medicine is the willingness to help people with the Do No Harm principle,” she said.

“But, we’d like to move towards appropriate prescriptions of controlled substances, and if we can find a way to meaningfully regulate that online, then great,” she concluded.

In January, Dr. Robert Field and doctoral candidate Kimberly Williams at Drexel University published a commentary on the National Academy of Medicine website on the long-overdue policy update needed to prescribe buprenorphine via telehealth.

The authors say that those who need treatment for opioid use disorder should have the same level of telehealth access as others who receive treatment for other medical concerns.

They also noted that DEA has not created a registration process through the online pharmacy consumer protection act despite Congressional requests and statutory actions.

“Doing so would not only ensure increased access to treatment but also set the stage for systematic monitoring of telemedicine and telephone services to confirm they meet the same rigorous standards of care as in-person services.

“Such quality assurance efforts could promote the development of best practice guidelines and reduce variations in care as usage of these modalities increases,” they argue.

For the mental telehealth provider community wondering if the ability to prescribe buprenorphine via telehealth fades away in five months – if the Biden Administration does not intervene and extend the PHE, Congress does not pass legislation and the DEA does not create a registration process for prescribing controlled substances for opioid use disorder via telehealth – the U.S. may face even higher overdose rates.