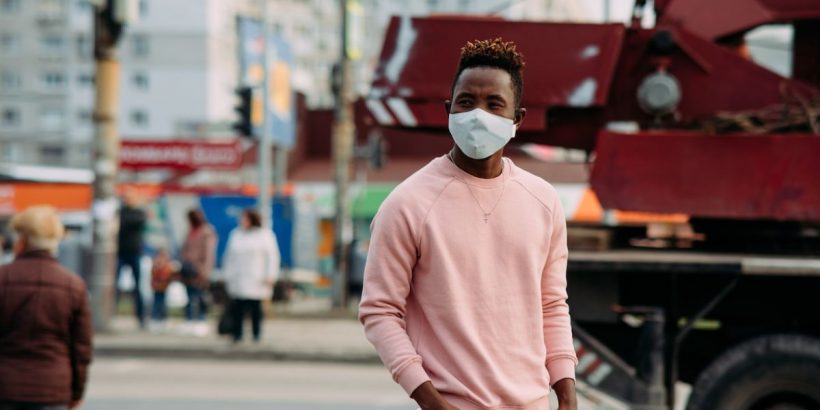 The coronavirus pandemic has now claimed more than 715,800 lives worldwide, including more than 160,000 in the U.S. alone. Wearing face masks could save another 66,000 Americans from dying of the virus by December, according to a new model.

Wearing a mask is one of the simplest and easiest ways to keep friends, family and strangers safe from the novel coronavirus. “It’s rare that you see something so simple, so inexpensive, so easy for everybody to participate in can have such an extraordinary impact in the U.S. and also all over the world,” Dr. Christopher Murray, the director of the University of Washington’s Institute for Health Metrics and Evaluation (IHME), said during CNN’s Global Town Hall on Aug. 6.

The IHME model, which the White House frequently cited early in the pandemic, now forecasts another 134,854 deaths in the U.S. from the coronavirus by December, which would bring the total to 295,011. But if, starting now, 95% of people in the U.S. wore masks every time they stepped foot out of their homes, the total number of projected deaths would drop 49% to 228,271, the scientists found.

“We’re seeing a rollercoaster in the United States,” Murray said in a statement. “It appears that people are wearing masks and socially distancing more frequently as infections increase, then after a while as infections drop, people let their guard down and stop taking these measures to protect themselves and others — which, of course, leads to more infections.”

Indeed, states with larger epidemics have seen larger increases in mask-wearing behaviors, according to the statement. As the U.S. continues to battle the first pandemic wave, many stores and even entire states have implemented mask mandates. Arizona, California, Florida and Texas are now seeing drops in infections, which may be the result of local mandates for masks, bar and restaurant closures and more responsible behavior, Murray said in the statement.

“The public’s behavior had a direct correlation to the transmission of the virus and, in turn, the numbers of deaths,” Murray said. “Such efforts to act more cautiously and responsibly will be an important aspect of COVID-19 forecasting and the up-and-down patterns in individual states throughout the coming months and into next year.”

A recent simulation using a mannequin head connected to a fog machine showed just how effective masks can be. Without a mask, droplets from coughs traveled up to 12 feet (3.7 meters), but with a mask, droplets traveled just a few inches from the culprit in the best cases, according to a previous Live Science report.

Remember: Continue to socially distance from others, as the pandemic is far from over. Wear you mask over your nose and your mouth, because it will not work if it covers just your mouth.