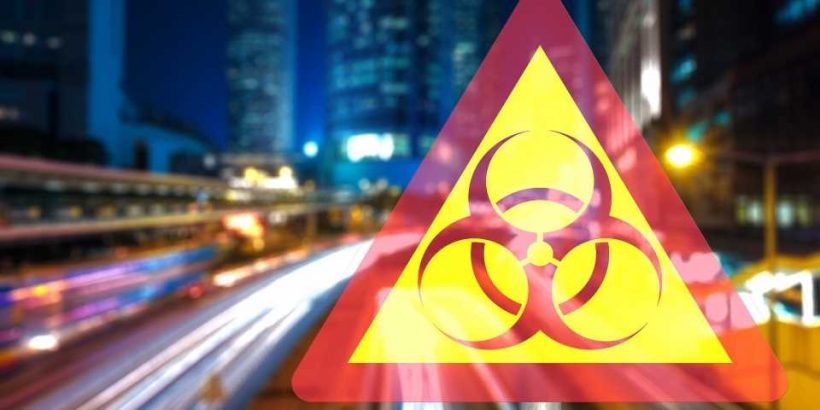 The death toll from the coronavirus pandemic spiked again in Russia and the Americas on Friday, even as Europe’s experiment with reopening from lockdown grew bolder by the day.

Fresh restrictions in South Korea also signalled that there will be a long road back to normality from the pandemic that has killed more than 360,000 people and hammered the global economy.

Populations are learning to adjust to life with the long-term threat of infection as COVID-19 continues its march around the globe—with more than 5.8 million cases—and a vaccine remains elusive.

Russia reported a record increase of 232 coronavirus deaths on Friday, just four days before the capital Moscow is due to ease its lockdown.

Authorities in Moscow, Russia’s virus epicentre, separately released mortality figures in a bid to dispel allegations they were under-reporting deaths.

They said a total of 1,561 people died in Moscow in connection with the coronavirus in April, of which 636 people were directly due to the disease while the others died “due to other reasons”. Only those who died directly due to the virus are included in official tolls.

Russian authorities said numbers of deaths in the capital were far lower than those in New York and London, attributing the difference to mass testing.

Europe has been carefully moving ahead with the lifting of lockdown restrictions, especially with the key summer holiday season approaching.

Tourism-dependent Greece said it will reopen two main airports to arrivals from 29 countries from June 15. However hard-hit countries such as France, Spain, Britain and Italy—were not on the list.

In Austria, hotels were allowed to reopen for tourists on Friday under special guidelines, including the obligatory wearing of masks in key areas.

“It’s of course a lot more effort now. But the most important thing is that guests return,” Gilbert Kratschmann, marketing manager at the Das Triest boutique hotel in Vienna, told AFP, wearing a visor.

Denmark said it would open its border to Germany, Norway and Iceland from the same date—but Sweden and Finland were excluded from the “Nordic bubble”, as well as the rest of Europe.

In Italy, gondola makers in Venice are looking forward to June 3 when tourists will be allowed to return, albeit with their mouths and noses covered with masks.

“Venice without gondolas is dark and meaningless,” said Roberto Dei Rossi, one of the few remaining traditional carpenters who build the long black boats.

Turkey too moved ahead with easing restrictions as mosques opened for the first time in months, drawing hundreds of worshippers in protective masks for mass prayers in Istanbul.

The sporting world is also trying to get back on the ball. England’s FA Cup final is set to take place on August 1, football authorities announced Friday, while England’s Premier League and Italy’s Serie A are both due to resume in June.

While Europe reopens, the urgency of tackling the disease elsewhere in the world was underlined by ballooning death tolls in South America, increasingly the new focus of the outbreak that first emerged in China late last year before spreading around the world.

“With confinement everything has changed for most of us. We find ourselves without any work,” Oscar Gonzalez, a 43-year-old welder in the deprived Brisas del Sol area of Santiago, told AFP.

The economic carnage continues, with India’s economy growing at its slowest pace in two decades in the first quarter, and Canada and Brazil also saying their GDP figures had shrunk.

The toll on workers around the world was illustrated further with news that French car giant Renault plans to cut 15,000 jobs as part of a two billion euro ($2.2 billion) cost-cutting drive.

Many countries that have seen success in curbing COVID-19 are now on alert for a second wave of infections, particularly in Asia.

South Korea—held up as a global model in how to stop the virus—has reimposed some social distancing rules after a series of new clusters emerged, many in the capital Seoul.

Numbers of children in Seoul schools will be cut back while museums, parks and art galleries will be closed again from Friday for two weeks.

In Sri Lanka, some lockdown rules will be rolled out again from Sunday after more than 250 returnees from Kuwait were found to be infected.

While the pandemic has sparked numerous, dystopian predictions, a group of monkeys in India has meanwhile acted out a situation that could have come straight from a disaster movie.

The primates mobbed an Indian health worker in Meerut, near New Delhi, and made off with coronavirus test samples before scampering off, sparking fears that they could spread the disease in the local area.

The samples were later recovered.