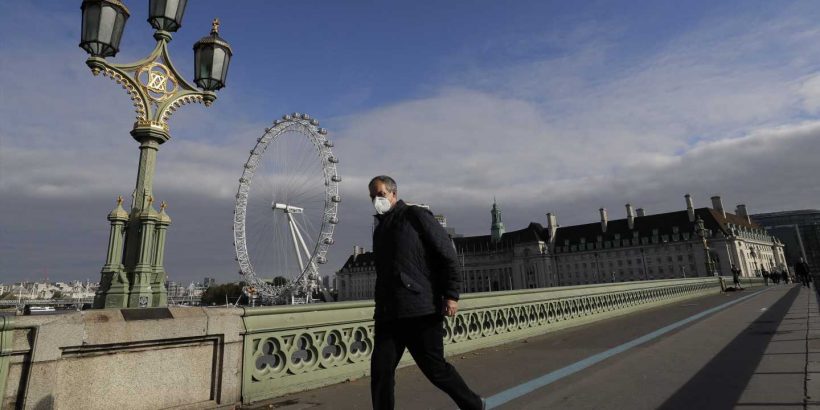 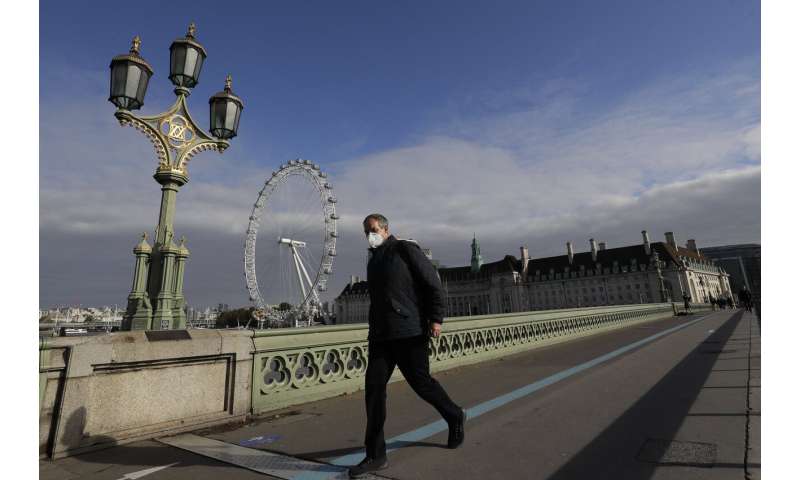 Doctors are warning that Europe is at a turning point as the coronavirus surges back across the continent, including among vulnerable people, and governments try to impose restrictions without locking whole economies down.

With newly confirmed cases reaching records, the Czech Republic has shut schools and is building a field hospital, Poland has limited restaurant hours and closed gyms and schools, and France is planning a 9 p.m. curfew in Paris and other big cities. In Britain, authorities are closing pubs and bars in areas in the country’s north, while putting limits on socializing in London and other parts of the country.

“This is a serious situation that should not be underestimated. It is serious on a European level,” Italy’s health minister, Roberto Speranza, said Friday.

Europe is not alone in seeing a resurgence. In the United States, new cases per day are on the rise in 44 states, and deaths per day are climbing in 30.

“If we don’t get a handle on this, we run the risk of getting into a situation that’s harder to control,” Bertrand Levrat, the head of Switzerland’s biggest hospital complex, told The Associated Press. “We are really at a turning point—things can go both ways.”

But while officials are sounding the alarm on the rising cases, they are also wary of imposing the stricter nationwide lockdowns that devastated their economies this spring. Instead, they are trying more targeted restrictions. 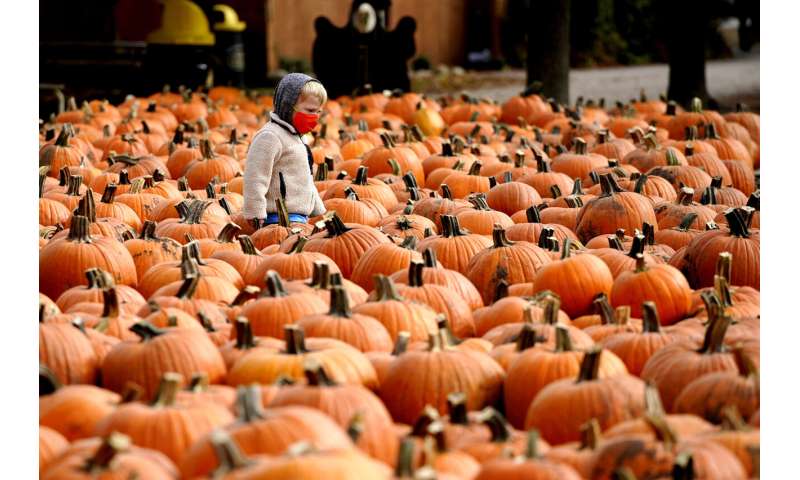 France is deploying 12,000 extra police to enforce its new curfew; Saturday night will be the first time establishments will be forced to close at 9 p.m. Restaurants, cinemas and theaters are trying to figure out how can survive the forced early closures.

Culture Minister Roselyne Bachelot told Le Parisien newspaper she is negotiating for exceptions to a monthlong curfew across the Paris region and eight other metropolitan areas.

One movie theater chain will start opening at 8 a.m. in hopes of making up evening losses. Since Paris restaurants generally open at 7 or 7:30 p.m. for dinner, some might close altogether because it no longer makes financial sense to stay open for such a short shift.

“The French culture world isn’t invincible, it needs help,” author and filmmaker Yoann Sfar, who has a new movie coming out, said Friday on RTL radio.

Italy, the first country outside of Asia to detect local transmission of the virus, has banned pickup sports and public gatherings after health officials said the resurgence had reached ”an acute phase” following a period of relative grace following its particularly strict lockdown. Speranza, the health minister, told reporters that any new measures in Italy, including a curfew, need to be “well-considered.”

Massimo Galli, the director of infectious diseases at Milan’s Luigi Sacco hospital, said Italy’s surge—which hit pandemic highs of new daily infections this week—is not the result of record testing, as policy makers have suggested, but a sign of a real return among the population most at risk of developing serious illness if infected. 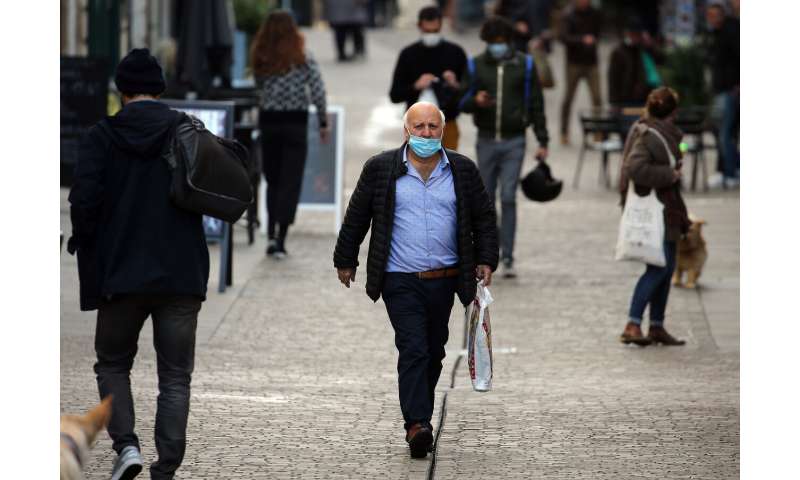 That is a worrying trend since a tide of serious cases has the potential to swamp hospitals, and it’s one that can be seen in other countries on the continent as many see even higher numbers than Italy.

France, Spain and Britain recorded more than 300 infections per 100,000 residents over the past two weeks, compared to Italy’s quickening but relatively low 106.

The Czech Republic reported over 700 people infected per 100,000, and the country’s military will start to build a field hospital at Prague’s exhibition center this weekend—a reminder of the dark days of spring when many countries put up makeshift facilities to ease pressure on overwhelmed medical centers. The government is also negotiating with neighboring Germany and some other countries for Czechs to be treated there if the health system can’t handle them.

In Italy, Milan is the epicenter of the resurgence, and it, too, is seeing its hospitals strained. Sacco’s COVID-19 ward was the first in the city to begin filling up.

“We have a situation that reminds one quite distressingly of the one that we already have experienced,” Galli told The Associated Press, referring to the peak in March and April when Italy hit its record of 969 deaths in one day. The country recorded 83 deaths on Thursday—twice previous days, but far off earlier levels.

Already in Milan, Galli said that the number of elderly patients or those with other risk factors is growing, indicating the virus has moved beyond its initial late September’s expansion, when most of the cases were mild or asymptomatic caught by screening and contact tracing. 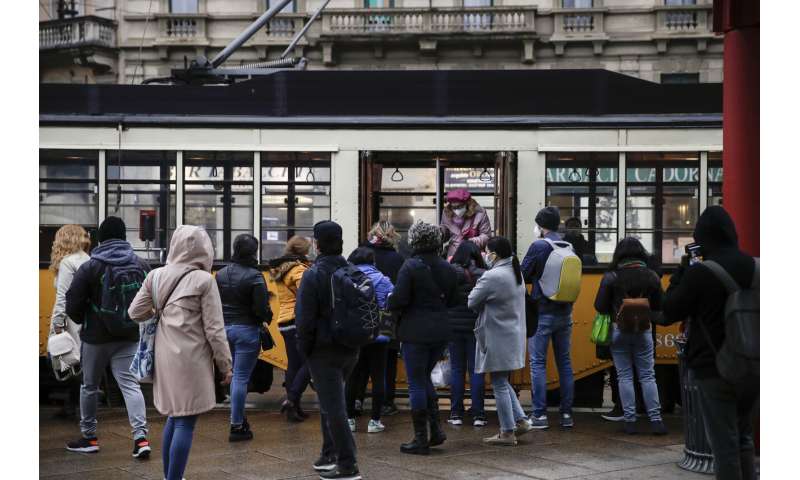 Since then, mixing among families, within companies, and among students outside of school has fueled the spread to more vulnerable people, he said, renewing pressure on Milan’s hospitals.

“The trend is already there, and it is frankly alarming,” he said, though he noted that not all of Italy was yet experiencing a surge.

But that, he said, might only be a matter of time. Galli said Italy ”will follow in the footsteps″ of its European neighbors unless the transmission chain is blocked in the next two weeks.

Galli fears that new nationwide restrictions adopted over the past two weeks—including mandatory masks outdoors, a ban on pickup sports games among friends and restaurant closures at midnight—are not enough. He urged more restrictions be imposed on public transport and leisure activities if authorities want to avoid another lockdown—bad both for the economy and the social fabric.