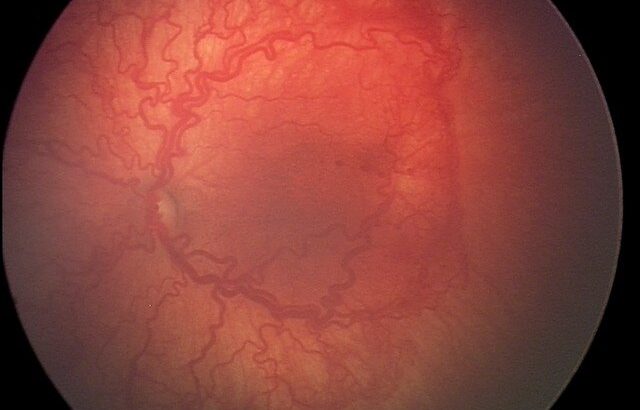 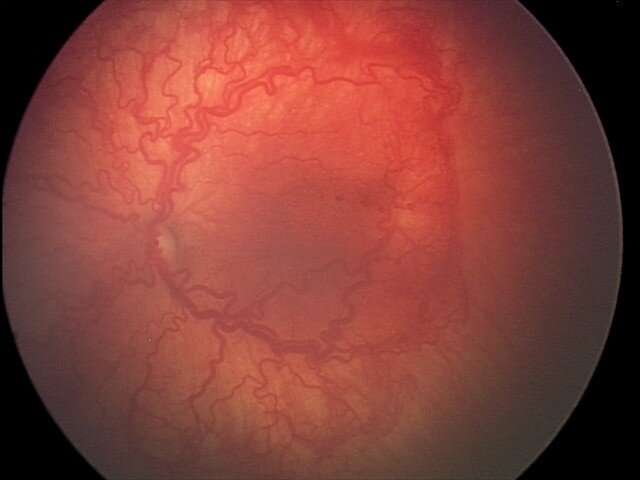 Babies born prematurely who require treatment to prevent blindness from retinopathy of prematurity (ROP) could be treated with a dose of Avastin (bevacizumab) that is a fraction of the dose commonly used for ROP currently. Results from the dose-finding study were published April 23 in JAMA Ophthalmology. The study was conducted by the Pediatric Eye Disease Investigator Group (PEDIG) and supported by the National Eye Institute (NEI), part of the National Institutes of Health.

Preterm babies are at high risk of abnormal blood vessel growth in the retina, the light-sensitive tissue in the back of the eye. These abnormal blood vessels are fragile and prone to leaking. If left untreated, vessel growth can lead to scarring and retinal detachment, the main cause of ROP-related vision loss. ROP is one of the leading causes of blindness in children.

Established ROP treatments include laser therapy and cryotherapy. Both interventions work by causing the abnormal blood vessels to stop growing before they can cause scarring and retinal detachment.

The U.S. Food and Drug Administration approved Avastin in 2004 as a cancer therapy. Since then, ophthalmologists have used it off-label to inhibit abnormal blood vessel growth in ROP, as well as in other ocular disorders. Results from a clinical trial published in 2011 confirmed the benefit of using Avastin over laser therapy for treating the most severe cases of ROP, which occur in a region of the retina known as posterior zone 1.

“As a faster and easier treatment option, anti-VEGF eye injections were a welcomed alternative to laser therapy for treating severe ROP,” said the new study’s protocol chair, David Wallace, M.D., MPH, chair of ophthalmology at the Indiana University School of Medicine. Laser therapy requires sedating the baby for as long as 90 minutes; an Avastin injection takes much less time and is generally less stressful to the infant.

“But we know that anti-VEGF agents injected into the eye also get into the bloodstream, and doctors worry that inhibiting VEGF systemically could interfere with normal development of brain, lung, bone, and kidney tissues,” he said. Evidence suggests that injections of anti-VEGF in the eye reduce levels of VEGF in the bloodstream.

In this study, Wallace and colleagues in the NEI-funded PEDIG hoped to pinpoint the lowest possible therapeutic dose of Avastin by testing progressively lower doses in 10-14 infants per dose. “We didn’t want to start by testing an ineffective dose and risk a child going blind, so we started with 40% of the dose commonly used for ROP. When a dose was successful, we halved it and then tested that dose. Eventually we cut the dose in half seven times,” he said.

“In the current study, we found that 0.004 mg of Avastin—a dose that’s merely 0.6% of the dose used in the 2011 study of Avastin for ROP—may be the lower limit to be effective for most infants with ROP,” said Wallace. The findings set the stage for a randomized controlled trial comparing long-term effects of low-dose Avastin with laser therapy for treating ROP,” he said.

They plan to follow children over time to compare the long-term effects of each strategy on vision and organ development. Previous studies suggest that babies treated with Avastin versus laser may be less likely to become myopic and require glasses for nearsightedness as they grow older.

The study involved 59 preterm infants with type 1 ROP, the most severe form. Each infant had one eye treated by a single injection containing 0.016 mg, 0.008 mg, 0.004 mg, or 0.002 mg of Avastin. If the other eye required treatment, it received twice the concentration (one dose level higher). By comparison, currently used doses of Avastin for ROP range from 0.25 mg to 0.625 mg.