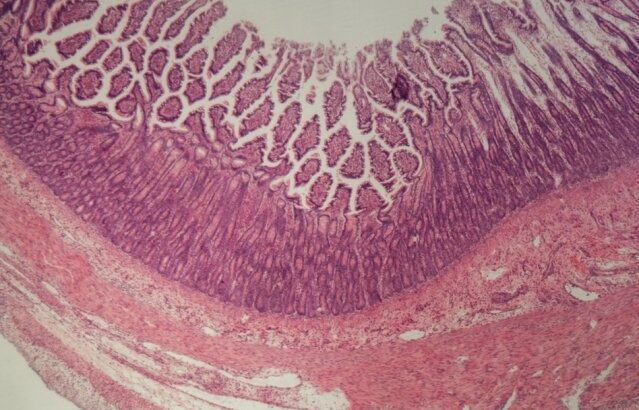 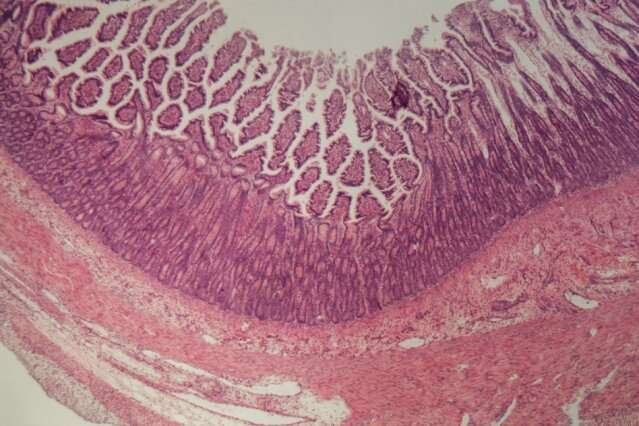 MIT biological engineers have created a multitissue model that lets them study the relationships between different organs and the immune system, on a specialized microfluidic platform seeded with human cells.

Using this type of model, sometimes called “organs-on-a-chip” or “physiome-on-a-chip,” the research team was able to explore the role of circulating immune cells in ulcerative colitis and other inflammatory diseases. They also discovered that a metabolic byproduct generated by bacteria living in the human gut plays an important role under these inflammatory conditions.

“We’ve shown that now you can start to attack some of these really thorny, chronic inflammatory diseases by designing experiments in these organs on chips,” says Linda Griffith, the School of Engineering Professor of Teaching Innovation, a professor of biological engineering and mechanical engineering, and the senior author of the study.

This approach, described today in the journal Cell Systems, could also lend itself to studying many other complex diseases, the researchers say.

“Now we have options to really decrease or increase the level of disease complexity, under controlled and systematic conditions,” says Martin Trapecar, an MIT postdoc and the lead author of the paper.

Nearly 20 years ago, Griffith’s lab first began working on a model of the human liver known as the “liver chip.” This system, which consists of engineered human liver tissue grown on a specialized scaffold, can be used to test drug toxicity. More recently, she has been working on small-scale replicas of many interconnected organs, also known as microphysiological systems (MPS). In 2018, she reported the development of a platform that could be used to model interactions between up to 10 organs at a time.

These kinds of devices are well-suited for analyzing complex diseases, including those that involve multiple organs, are influenced by the immune system, or cannot be accounted for by a single gene or small number of genes.

“We wanted to build technologies that would let you connect several organ systems together, so that we could start to develop new tools to combat chronic inflammatory diseases,” Griffith says. “In drug development, the field really struggles with anything that’s not a single-gene disease.”

In the new Cell Systems study, she and Trapecar set out to model interactions between two organs, the colon and the liver. They also wanted to study how the immune system, especially T cells, influences those organs. It is already known that up to 80 percent of patients with a chronic liver autoimmune disease called primary sclerosing cholangitis also suffer from inflammatory bowel disease (IBD). And, patients with IBD have a much greater chance of developing autoimmune disorders of the liver.

The new system contains colon cells taken from patients with ulcerative colitis, along with healthy liver cells. The researchers found that when these tissues were connected, their physiological behavior completely changed as compared to when they are isolated. Inflammation in ulcerative colitis gut tissue decreased when the tissue was exposed to healthy liver cells. At the same time, genes and cellular pathways involved in metabolism and immune function became more active in both organs.

Lastly, the researchers decided to investigate the potential role of molecules called short-chain fatty acids (SCFAs) in inflammatory disease. These molecules are produced by microbes in the human gut as they feast on undigested fiber. SCFAs, which include butyrate, propionate, and acetate, are produced in large quantities and account for about 10 percent of our daily energy needs.

While these compounds have many beneficial effects in the human body, including reducing inflammation, a few studies in recent years have suggested that SCFAs can also cause harm by stimulating inflammation. The new MIT study found that adding SCFAs to the ulcerative colitis model greatly exacerbated inflammation throughout the liver and gut, but only if T cells were already present.

“The hypothesis we formed, based on these studies, is that the role of short chain fatty acids seems to depend on how much the adaptive immune system (which includes T cells) is involved,” Trapecar says.

That is, in early stages of inflammation, when T cells are not heavily involved, SCFAs can help reduce inflammation. But when many effector T cells are recruited, SCFAs stimulate them to be even more inflammatory. This could be useful in cases of infection, to help the body to fend off invaders, but it can also accelerate autoimmune disorders.

This study grew out of a related project in which the researchers planned to look at interactions between the gut, liver, and brain. A recent study from Sarkis Mazmanian, a professor of microbiology at Caltech, showed that in a mouse model of Parkinson’s, germ-free mice developed signs of the disease later than those housed under regular conditions. The study suggested that SCFAs produced by microbes might contribute to the observed phenomena and progression of the disease.

Griffith’s lab is now working to use the MPS system to shed light on the connection between SCFAs and Parkinson’s disease. The researchers also plan to study other complex diseases, in hopes that their results will help guide the development of new treatments for disorders that are currently difficult to treat.