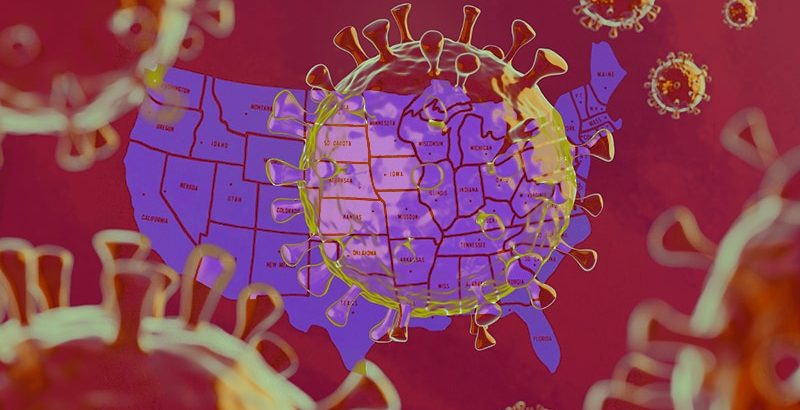 As many as 60% of COVID-19 cases in the United States likely have gone undetected, according to new research published online in the Proceedings of the National Academy of Sciences.

Adrian Raftery, PhD, professor of sociology and statistics, along with statistics doctoral student Nicholas Irons, both at the University of Washington in Seattle, have developed a statistical model that synthesizes case counts and deaths due to COVID plus the number of tests administered each day as reported by the COVID Tracking Project.

They also incorporated results from random COVID-19 testing surveys of Indiana and Ohio residents as an “anchor” for their model to gauge the true prevalence nationally and in individual states. Random testing helps eliminate the bias of the other methods, but few states do it.

Raftery and Irons also used a modified Susceptible–Infected–Removed (SIR) model, which is widely used to simulate the spread of disease in a population.

Through March 7 of this year, according to their model, an estimated 19.7% of US residents, or about 65 million people, had been infected. They calculated that the US had an undercount factor of 2.3, which means that only about 1 in 2.3 COVID-19 cases were being confirmed through testing. In other words, 60% of cases were not counted.

“It’s good to see people start estimating how far we potentially could be off,” Jennifer Nuzzo, DrPH, SM, an epidemiologist at the Johns Hopkins Center for Health Security, who was not involved in the study, told the Los Angeles Times.
Irons said the undercount naturally varies greatly by state: “If you have a state with severe pandemic but limited testing, the undercount can be very high, and you’re missing the vast majority of infections that are occurring,” he explained in a university news release.

Even with the undercounting they write that their model shows, “the United States was still far from reaching herd immunity to the virus in early March 2021 from infections alone. This suggests that continued mitigation and an aggressive vaccination effort are necessary to surpass the herd-immunity threshold without incurring many more deaths due to the disease.”

Each Measure Tells Only Part of the Story

Deaths and hospitalizations are only part of the story and don’t accurately describe how many people are infected at the same time, key information for understanding the potential for herd immunity.

Similarly, factors such as the positivity rates, or the numbers of tests that come back positive in a region, are different by state with different access to tests, and varied willingness to be tested, the researchers noted.

The researchers also used daily reported deaths due to COVID in each state, as opposed to excess deaths. Deaths can be misclassified, they note, and therefore excess-death data may represent a mix of confirmed COVID deaths and deaths from other causes.

“What we wanted to do is to develop a framework that corrects the flaws in multiple data sources and draws on their strengths to give us an idea of COVID-19’s prevalence in a region, a state or the country as a whole,” Raftery said in the release,

Marcia Frellick is a freelance journalist based in Chicago. She has previously written for the Chicago Tribune, Science News, and Nurse.com, and was an editor at the Chicago Sun-Times, the Cincinnati Enquirer, and the St. Cloud (Minnesota) Times. Follow her on Twitter at @mfrellick