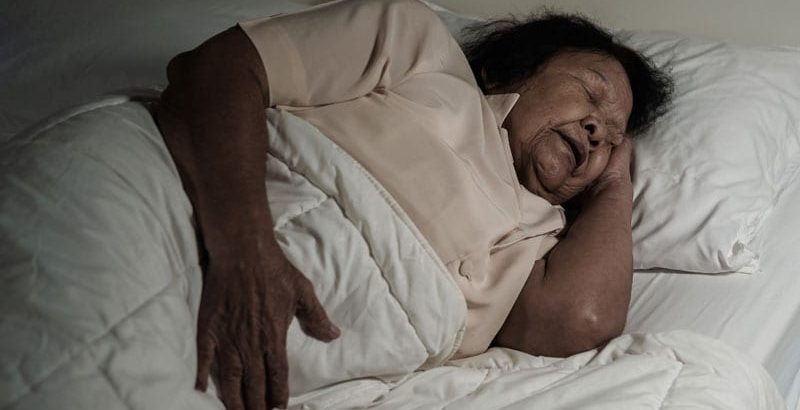 New research shows that the metastatic spread of breast cancer occurs predominantly during sleep, a discovery the investigators called “striking and unexpected.”

“This has not been shown before [and] we were surprised, indeed,” Nicola Aceto, PhD, professor of molecular oncology, Swiss Federal Institute of Technology (ETH) Zurich, Switzerland, told Medscape Medical News.

The findings carry potential implications for the timing of biopsy and treatment of metastasis-prone cancers, the authors say.

The study was published online June 22 in the journal Nature.

Circulating tumor cells (CTC) are generally believed to shed constantly or following particular events such as surgery or physical activity; however, the processes that regulate tumor cell metastasis and how circadian rhythms may play into tumorigenesis remain unclear.

To better understand these processes, Aceto and colleagues collected blood samples from 30 women with breast cancer at 4:00 AM and 10:00 AM — times representing the body’s resting and active phases, respectively.

The researchers observed that more than 78% of all circulating tumor cells obtained were from samples taken during the resting phase.

Aceto and colleagues also found that circulating tumor cells generated at night divide more quickly and therefore have a higher potential to metastasize compared with those generated during the day, which “are devoid of metastatic ability,” according to the authors, who obtained similar results in a series of mouse models.

The team also observed that key circadian rhythm hormones (such as melatonin, testosterone, and glucocorticoids) regulate circulating tumor cell generation, and insulin promotes tumor cell proliferation in a time-dependent manner, suggesting a “need for time-controlled approaches for the characterization and treatment of breast cancer,” the authors write.

Ball and Nagrath say the time-dependent nature of CTC dynamics could very well transform how cancer patients are assessed and treated.

“The data pointing to [circulating tumor cell] proliferation and release during the rest phase suggest that doctors might need to become more conscious of when to administer specific treatments,” they write.

Both caution, however, that large clinical trials would be needed before any consideration of circadian rhythms is incorporated into standard practice. It’s also unclear whether these results in breast cancer hold true for other tumor types.

Mariana G. Figueiro, PhD, who was not involved in the research, agrees that, if studies confirm more metastatic spread at night, “there is an opportunity to treat patients at strategic times.”

Figueiro, of the Icahn School of Medicine at Mount Sinai in New York City, also sees a potential impact on the timing of blood draws. “I think tightening up on how people do biopsies and bloodwork based on circadian time is important,” she said.

Marleen Meyers, MD, agrees that these findings could have many clinical implications.

“The most obvious is that the time of day [that] treatment is administered may influence efficacy,” said Meyers, clinical professor of medicine at NYU Langone’s Perlmutter Cancer Center in New York City.

But, Meyers noted, the benefits of treating someone at night would need to be weighed against the downsides of interrupting a person’s normal sleep-wake cycle. “If this finding is clinically important it will be a challenge incorporating this into clinical care,” she said.

The study had no funding reported. Aceto is a co-founder and member of the board of PAGE Therapeutics AG, Switzerland, listed as an inventor in patent applications related to c irculating tumor cells , a paid consultant for several companies, and a Novartis shareholder. Co-author Christoph Rochlitz, MD, is a co-founder of PAGE Therapeutics AG, Switzerland. All other authors declare no competing interests. Meyers and Figueiro report no relevant financial relationships.