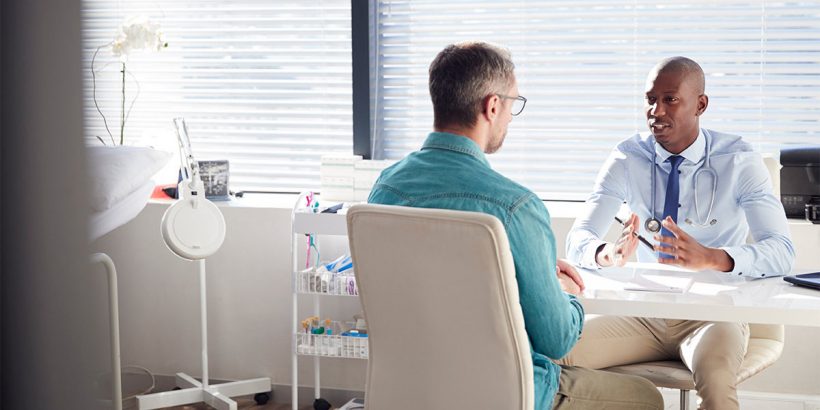 Ulcerative colitis, a form of inflammatory bowel disease, may be tied to a missing gut microbe.

That’s the conclusion of a study published today from researchers at Stanford University in California.

The researchers say they discovered that study participants with ulcerative colitis had a depleted supply of a certain family of bacteria, or microbes, called Ruminococcaceae.

Bacteria make substances called metabolites. The researchers found that those with ulcerative colitis had depleted levels of a kind of metabolite made by the Ruminococcaceae microbes called secondary bile acids.

“The studies show that the bacterial finding is quite important since there is significant depletion of secondary bile acids, which we found to be also the case in an experimental model of colitis,” said Dr. Aida Habtezion, MSc, co-principal investigator of the study and associate professor of gastroenterology and hepatology at Stanford University.

In studies with mice that had colitis, the researchers treated them by giving them an enema with secondary bile acids. The results were promising.

“It treated their disease as well as decreased intestinal inflammation significantly. This… suggests that we could treat [ulcerative colitis] with secondary bile acids, applying it locally within the intestine. This impact could be huge, especially since the treatment would be using naturally gut occurring bacteria and/or their metabolites,” Habtezion told Healthline.

A disease with serious consequences

In the United States, around 1 million people have ulcerative colitis.

The inflammatory bowel disease causes inflammation and ulcers in the colon and rectum. Symptoms can include heavy bleeding, diarrhea, and weight loss.

Though there are treatment options to reduce symptoms, there’s no known cure.

Roughly 1 in 5 people with ulcerative colitis will require an operation to remove their colon and rectum.

During surgery, the lower end of the small intestine is repositioned to form a J-shaped pouch that acts as a rectum. Even after surgery, there can be complications.

“These patients may go on to get inflammation of the pouch known as pouchitis, which can result in an increase in number of bowel movements, urgency, abdominal cramps… nighttime bowel movements, fecal incontinence, and in very severe cases may present with symptoms similar to ulcerative colitis,” Dr. Maneesh Dave, a gastroenterologist at the University of California Davis, told Healthline.

What the study revealed

The Stanford study began with a clinical observation in people with a rare condition known as familial adenomatous polyposis (FAP).

Those with FAP have a high risk of colon cancer. As a preventive measure, they have the same surgery as people with ulcerative colitis who fail to respond to earlier treatments.

As many as half of patients with ulcerative colitis who have undergone surgery and have a pouch will experience pouchitis.

The researchers used stool samples to measure the levels of secondary bile acids in 7 people with FAP and 17 people with ulcerative colitis, all of whom had a pouch.

The researchers found that the secondary bile acids were significantly lower in the stool samples of people with ulcerative colitis when compared with the participants who had FAP.

Why these bacteria matter

Primary bile acids are made in the liver and stored in the gallbladder.

They’re periodically released to help break down fats in the digestive system.

Most of these acids travel up the intestine, where bacteria convert them to secondary bile acids.

With a depleted supply of the right bacteria, this conversion doesn’t happen in people with ulcerative colitis.

In three studies involving mice, the Stanford researchers supplemented the missing secondary bile acids. They found that this reduced the amount of inflammatory immune cells in the mice and also reduced classic symptoms of colitis such as weight loss.

“Bile acids are considered to have a wide range of effects on metabolism, on gastrointestinal motility and secretion, brain function, and throughout the body. They’re a ubiquitous signaling molecule in the body,” Dr. Emeran Mayer, author of “The Mind-Gut Connection” and co-director of CURE: Digestive Diseases Research Center at the University of California Los Angeles, told Healthline.

He says it’s possible that a lack of secondary bile acids in people with ulcerative colitis could explain a variety of inflammatory symptoms.

Dr. Eugene B. Chang, chair of the AGA Center for Gut Microbiome Research & Education and director of the Microbiome Medicine Program at the University of Chicago, says the findings of the study could have a significant impact.

“I think this may be quite consequential,” he told Healthline. “There is, without doubt, a microbial basis for [ulcerative colitis] and [inflammatory bowel disease] in general. This could be from the emergence of pathobionts (good bacteria going bad) and/or absence of beneficial microbes. If the latter is a major contributor to disease, replacement of these microbes or of what they are doing can shift the balance back to states of remission.”

Habtezion is hopeful the research will benefit not only people with ulcerative colitis but potentially also those with Crohn’s disease.

“Encouraged by our results, we have started a pilot clinical study with a small number of patients using an FDA-approved secondary bile acid,” she said. “As a physician who treats patients [with IBD], I am hopeful that our study can be translated to clinical use and our studies can lead to deeper understanding, and better targeted therapies for our patients.”