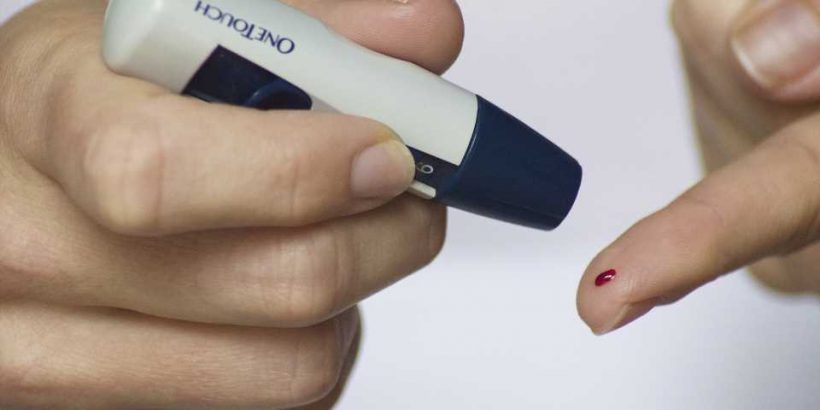 Children who are diagnosed with type 1 diabetes under the age of seven have a different form (or “endotype”) of the condition compared with those diagnosed aged 13 or above, new research has shown.

Type 1 diabetes occurs when the body’s immune system attacks the insulin-producing cells in the pancreas, destroying them. This means they no longer regulate blood sugar levels effectively and people affected by the condition must inject insulin several times a day to do this job.

The new study, conducted at the University of Exeter, is published today in Diabetologia – the journal of the European Association for the Study of Diabetes [EASD]. The research, funded by Diabetes UK and JDRF, shows for the first time that children who were diagnosed under 7 years old do not process insulin properly and the cells that make it are quickly destroyed. Surprisingly, those who are older at diagnosis (aged 13 or over) often continue to produce normal insulin; findings which reignite important questions about whether these “dormant” insulin-producing cells could be reinvigorated to work more effectively.

Professor Noel Morgan, of the University of Exeter Medical School, said “We’re extremely excited to find evidence that type 1 diabetes is two separate conditions: T1DE1 and T1DE 2. The significance of this could be enormous in helping us to understand what causes the illness, and in unlocking avenues to prevent future generations of children from getting type 1 diabetes. It might also lead to new treatments, if we can find ways to reactivate dormant insulin-producing cells in the older age group. This would be a significant step towards the holy grail to find a cure for some people.”

The paper proposes that children diagnosed between the ages of seven and 12 could fall into either the T1DE 1 or T1DE2 group. The research team is now working on more precise ways to define which type of diabetes such children have by studying the small amounts of insulin released into their blood.

The Exeter team reached their conclusions by analysing two bioresources including the unique Exeter pancreatic biobank comprising more than 130 samples, many of which come from children and young people who died soon after being diagnosed with type 1 diabetes. This is the most extensive resource of its type anywhere in the world. They also studied whether the differences seen in the pancreas are mirrored in the blood of people diagnosed with type 1 diabetes at increasing ages.

Sarah Richardson, Associate Professor at the University of Exeter Medical School, said: “Our research could have a significant impact on current emerging therapies for type 1 diabetes. We’re seeing a lot of promise in immunotherapies which can slow disease progression, but so far that hasn’t translated into effective new treatments. It could be that we need to focus on the use of different therapies in each age group, for these to be effective.”

Dr. Elizabeth Robertson, Director of Research at Diabetes UK, said: “The era of being able to halt the immune attack behind type 1 diabetes is in reach, but to make new treatments as effective as possible we need to really get to grips with the complexity of the condition. Today’s news brings us one step closer to achieving that.

“Being able to make the distinction between different subtypes of type 1 diabetes is an exciting new development and we’re proud to have supported this landmark research.

“We now need to make sure this discovery is used to help design trials and tailor future treatments, so we can move closer to stopping and preventing type 1 diabetes.”

Karen Addington is UK Chief Executive of the type 1 diabetes charity JDRF, which provided funding for the study. She said: “In order to prevent, treat and cure type 1 diabetes, we need to understand how this complex and challenging condition differs in childhood, adolescence and adulthood. These exciting study results provide a new perspective on type 1 diabetes across different age groups. We congratulate the research team on their progress. JDRF looks forward to further research in this area, exploring and applying these findings.”

The study is entitled ‘Studies of insulin and proinsulin in pancreas and serum support the existence of aetiopathological endotypes of type 1 diabetes associated with age at diagnosis’. Authors are by P Leete, RA Oram, TJ McDonald, BM Shields, C Ziller, AT Hattersley, SJ Richardson and NG Morgan.

Claire Potts thought her daughter Olivia had a stomach bug when she picked her up from school. She had no idea that her daughter would soon be hospitalised, and fighting for her life.

Olivia was 9 when her health suddenly deteriorated in November 2017. When her toes turned purple and her vomit was “sewer green”, her mum called 111.

The family, from Exeter, were soon at the Royal Devon & Exeter Hospital, where a diagnosis of type 1 diabetes was swiftly made. Olivia was in a state of diabetic ketoacidosis (DKA), a potentially deadly complication caused by a lack of insulin, a hormone that helps regulate blood sugar.

“It was an absolute shock,” said Mrs Potts, 36, a business support administrator. “One minute we were dealing with a stomach bug, the next our daughter was rushed into the high dependency unit. The hospital staff were absolutely fantastic, but it was a lot to take in. We had to adapt to a life of living with type 1 diabetes.”

As she recovered, Olivia adapted well. “She used to be scared of needles, but once the staff explained that she had to inject herself with insulin, she just took up the insulin pen and did it,” explained Claire, who has two other children.

Once back home, life became a regimented programme of checking blood sugar, injecting insulin and calculating carbs. “I felt like I was coming home with a newborn,” said Claire. “I almost felt like I couldn’t leave the house. It was overwhelming.”

Two years later and Olivia lives an active, fulfilling life marked by Guides, piano and dance lessons. However, she rarely stays with friends because of the need to check her blood sugar levels at midnight, 3am and 6am.

Mrs Potts said “We regularly monitor her blood sugars because of the risk of life-threatening hypo attacks, caused by low blood sugar. Olivia’s blood sugars are still very unpredictable and her hypo awareness is minimal. We’re also constantly correcting high blood sugars in an attempt to minimise the longer-term devastating impact Diabetes could have on her future health. We’re doing all we can to support her to live a full life whilst also teaching her the skills to self-manage her Diabetes into adulthood.”