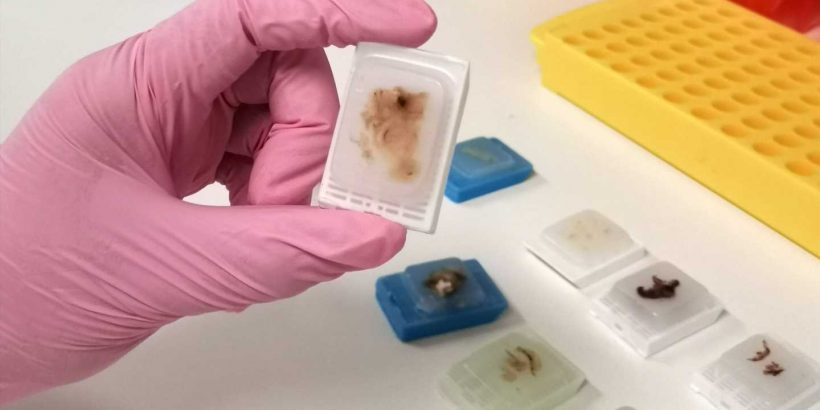 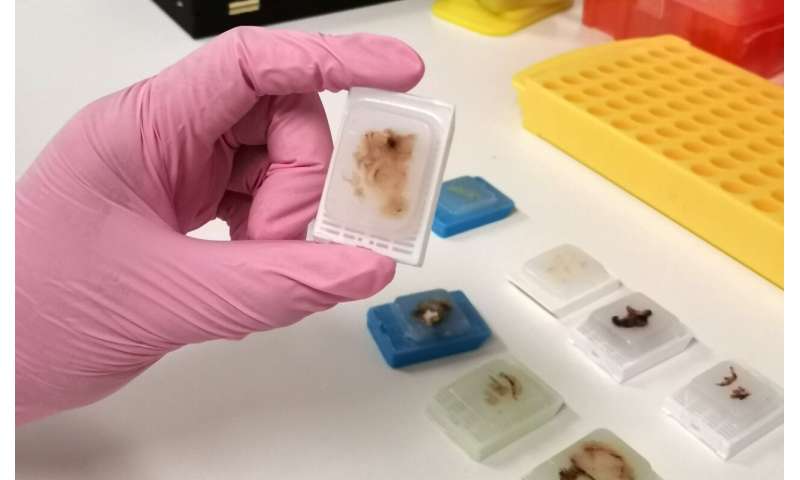 A tumor test could help to identify ovarian cancer patients with predicted poor survival, and down the track inform new therapeutical approaches, the results of a major international collaboration have shown.

In 2020, it is predicted that 1,532 Australian women will be diagnosed with ovarian cancer, and 1,068 will die from the disease this year. It has poor survival and the type studied in this paper—high grade serous ovarian cancer—is the most common and worst survival type. Ovarian cancer is the eighth most commonly occurring cancer in women, with nearly 300,000 global new cases in 2018.

“We conducted an analysis of 3,769 tumor samples from women with ovarian cancer and found we were able to reliably use a piece of tumor to determine how good a woman’s survival chances would be five years after diagnosis,” says lead author Professor Susan Ramus from UNSW Medicine.

The researchers found their gene expression test was substantively better at predicting survival than using a patient’s age and cancer stage.

“When women were divided into five groups, we found that the women whose tumor gene expression was associated with the best prognosis had nine years survival, whereas the women in the poorest survival group have two years survival, which is a very big difference,” Professor Ramus says.

“Our vision is that clinicians could use our test at diagnosis to identify the group of patients who wouldn’t do well on the current treatments and potentially offer them alternatives—for example, we may be able to put those patients into clinical trials and offer them different treatments that may improve their survival.”

For the study, the team used a training set of samples and a test set—nearly 4000 samples in total.

After putting together a panel of about 500 candidate genes, the team measured gene expression in the 4000 samples using the NanoString platform.

“To predict survival from gene expression, we chose one of four machine learning methods, an approach called ‘elastic net’, which performed the best in the training data,” Dr. Millstein says.

“We used the training set to determine what genes could be used in the prediction, and then we tested them to see whether we got the same results in the other set,” Professor Ramus says.

Professor Ramus is the co-founder of the Ovarian Tumor Tissue Analysis (OTTA) consortium, an international group of researchers that are working on a number of different large-scale projects, using the samples compiled by the consortium to address important clinical questions.

“The consortium is unique in this space because it has access to thousands of samples—which is a lot of samples for a rare disease like ovarian cancer,” she says.

“That’s what enabled us to develop this prognostic tool—other groups have tried before to look at prognosis, but nothing has been used clinically. At the moment, only patient age and stage are used to determine survival, so something like our tool is sorely needed.”

The researchers say they selected genes for analysis that had known drug targets.

“Some of the genes we identified as being predictors for good or poor survival may be potential targets for new treatments. At the moment the majority of ovarian cancer patients get the same treatment—it’s not like breast cancer or other cancers where they look at your tumor and select from a range of treatments. So this is a way to stratify patients and potentially give more personalized treatment down the track.”

To validate the findings further, the research team wants to include the test in a prospective study and clinical trials.

“Potentially, we could incorporate it within a clinical trial so that the women who are predicted to have poor survival could get alternative treatments as rapidly as possible,” Prof. Ramus says.