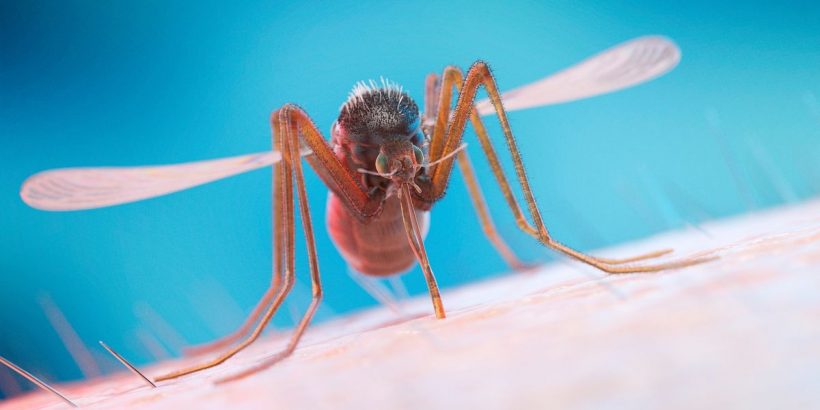 Mot of us know to pack some mosquito spray when heading off to warmer climates, but you might need to start packing it at home too.

There are over 3,000 species of mosquitoes worldwide, and they can often carry diseases such as the West Nile Virus, Zika, Malaria and Yellow Fever.

According to pest control groupRentokil, mosquitoes are usually around in the UK for about 6 or 7 months a year between April and September, depending on how wet and warm the weather is.

During that time they tend to breed with female mosquitoes laying around 200 eggs at a time, mostly in areas with standing or stagnant or slow moving water such as ponds, pots and water bowls for pets.

Luckily, of the species that are native to the UK, very few of them actually bite, and those that do don’t tend to spread diseases, although you might get an irritating itch.

But the Asian Tiger mosquito, which started migrating to the UK from southern Europe in the 1970s, and is known to transmit Chikungunya and Dengue Fever.

Deaths from the Chikungunya virus are very rare, but it comes with symptoms lasting around 10 days including fever, joint pain, swelling and headaches that can affect older people more severely.

Dengue Fever, however, can be life-threatening, and severe cases may need hospital treatment within the first few hours from the onset of symptoms, which include a sudden high fever, headache, vomiting and muscle pains.

There are several ways to take precautions and keep mosquitoes at bay, one of them being to avoid places where there is still or stagnant water around dawn and dusk, as this is when mosquitoes are most likely to bite you.

Also make sure not to leave any full buckets of water in or around your home, as this will invite mosquitoes to breed where you live.

If you do live close to a lake or pond where mosquitoes are common, you might want to consider investing in some netting to cover your windows as this will reduce the number of mosquitoes entering your home.

Using mosquito repellents is a no brainer, but there are other things you can do to emit scents that mosquitoes dislike, such as burning lavender candles or using the oil or lemon eucalyptus.

Showering more often would also help you to hide body odours that mosquitoes are attracted to, while wearing loose-fitted long-sleeves might also help.

Keeping your fan on at night and avoiding perfumes that may attract mosquitoes will also help keep them away.

Research has also proven that people who drink beer are more likely to be bitten, as it increases the ethanol in your sweat and increases your body temperature, which turns out to be a big turn on for mosquitoes.