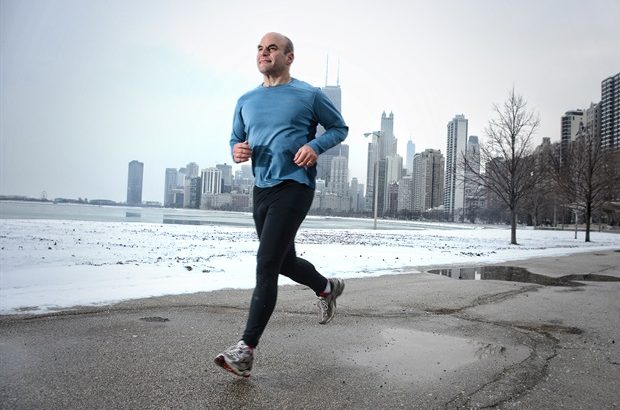 Numerous studies have demonstrated the role of physical activity in improving heart health for patients with type 2 diabetes. But whether exercising at a certain time of the day promises an added health bonus for this population is still largely unknown. Now, research published in Diabetes Care by Brigham and Women's Hospital and Joslin Diabetes Center investigators, along with collaborators, reports a correlation between the timing of moderate-to-vigorous physical activity and cardiovascular fitness and health risks for individuals who have type 2 diabetes and obesity or overweight.

The research team found that, in its study of 2,035 people, men who performed physical activity in the morning had the highest risks of developing coronary heart disease (CHD), independent of the amount and intensity of weekly physical activity. Men most active midday had lower cardiorespiratory fitness levels. In women, the investigators did not find an association between specific activity timing and CHD risk or cardiorespiratory fitness.

"The general message for our patient population remains that you should exercise whenever you can as regular exercise provides significant benefits for health," said corresponding author Jingyi Qian, PhD, of the Division of Sleep and Circadian Disorders at the Brigham. "But researchers studying the effects of physical activity should take into account timing as an additional consideration so that we can give better recommendations to the general public about how time of day may affect the relationship between exercise and cardiovascular health."

The researchers analyzed baseline data from the Look AHEAD (Action for Health in Diabetes) study, a multi-site, randomized clinical investigation that began in 2001 and monitored the health of more than 5,000 individuals with type 2 diabetes and overweight or obesity. Among them, over 2,000 individuals had objectively measured physical activity at baseline.

"The study population was very well characterized at baseline, with detailed metabolic and physical activity measurements, which was an advantage of using this dataset for our work," said corresponding author Roeland Middelbeek, MD, of the Joslin Diabetes Center, who is a co-investigator of the Look AHEAD study.

For the Diabetes Care article, the researchers reviewed data from hip-mounted accelerometers that participants wore for one week at the beginning of the Look AHEAD study. The researchers tracked the "clock-time" of daily moderate-to-vigorous activity, including labor-intensive work that extends beyond more traditionally defined forms of exercise. To assess the participants' risk level of experiencing CHD over the next four years, the researchers used the well-known, sex-specific Framingham risk score algorithm.

Sex-specific physiological differences may help explain the more prominent correlations seen in males, who tend to be at risk of CHD earlier in life. However, the researchers note that other factors could also be at play. It remains unclear why time-specific activity may be associated with different levels of health and fitness.

The researchers also could not account for participants' varying circadian rhythms: whereas a jog at 6 p.m. for one participant may be "evening exercise," another participant prone to waking later in the day may, biologically, consider it to be "afternoon," regardless of how the clock-time of the activity was recorded in the study.

"Interest in the interaction between physical activity and the circadian system is still just emerging," Qian said. "We formed a methodology for quantifying and characterizing participants based on the clock-time of their physical activity, which allows researchers to carry out other studies on other cohorts."

Beyond further integrating circadian biology with exercise physiology, the researchers are also excited to use longitudinal data to investigate how exercise timing relates to cardiovascular health outcomes, particularly among diabetes patients more vulnerable to cardiovascular events.