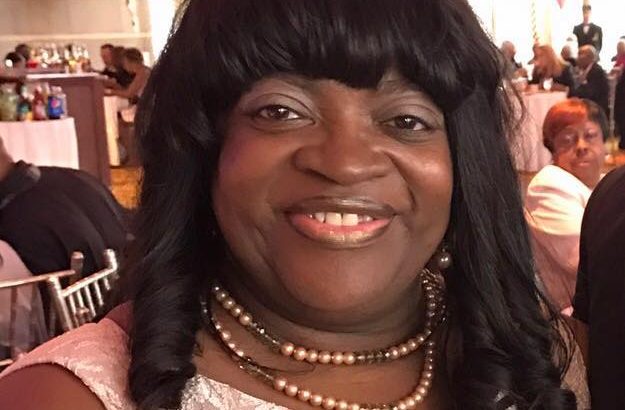 Doctors and nurses aren’t the only hospital workers who are putting themselves at risk amid the ongoing coronavirus pandemic.

Three employees in the materials management department of New York City’s Elmhurst Hospital, which has been described by Mayor Bill De Blasio as being “at the center of this epidemic,” died within weeks of handing out supplies in the medical facility’s subbasement, according to The New York Times.

Priscilla Carrow, 65, who worked as a coordinating manager for Elmhurst, died on March 30 after being exposed to the novel coronavirus. Two days later, 61-year-old Wayne Edwards died, and his supervisor, Derik Braswell, died on April 12 at the age of 57, the Times reports.

“As you start mending your heart for one, then the next one came,” Gary Johnson, a former co-worker who found Edwards struggling to breathe at home before his death, told the newspaper. “You wonder when the pain stops.”

Carrow, who had worked at Elmhurst for over two decades, had plans to retire by the end of the year.

“She had a countdown clock on her phone,” her 29-year-old daughter, Keyana Reaves, told The New York Post. “We were looking forward to traveling together.”

After being exposed to someone at the hospital who had tested positive for COVID-19, Carrow was instructed to self-quarantine, according to Spectrum News NY1. Several days later, she was hospitalized.

In addition to working for the hospital, Carrow was also an active member of her community as well as the Communications Workers of America Local 1180 union.

“We lost one of God’s most precious children due to the coronavirus, a blessed soul who gave her all every day at work at Elmhurst – a hospital overloaded with the coronavirus – to make sure others were taken care of,” President Gloria Middleton said in a press release. “Priscilla always had a huge smile on her face and kind words to offer. Please keep her family in your prayers.”

“Rest in power,” she added.

Last month, a candlelit vigil was held in honor of the three hospital workers, as well as other staff members and patients at Elmhurst who died from the virus.

“It was a chance to grieve and pay respect to our patients, loved ones, friends and coworkers alike. They will never be forgotten,” wrote NYC Health + Hospitals, a public health system Elmhurst is a part of.

As coronavirus cases in New York City began to surge in March, Elmhurst Hospital quickly saw an influx of patients — and fatalities.

Hospital officials announced on March 26 that 13 patients had died within the past 24 hours, with one doctor describing the situation there as “apocalyptic” to The New York Times.

Days later, President Donald Trump said that the heartbreaking scenes at the Queens hospital, which is near to where he grew up, shook him.

"I've seen things that I've never seen before,” he said at a White House press briefing. "Body bags all over, in hallways. I've been watching them bring in trailer trucks – freezer trucks, they're freezer trucks, because they can't handle the bodies, there are so many of them.”

Carmen Charles, president of the Local 420 union, told the Times that in the early days of the health crisis, some union members were not given access to N95 masks, which were being saved for doctors and nurses.

“If you work in a hospital, you are exposed to the same kind of virus as the doctors and nurses,” Charles told the newspaper. “I understand management wanting to ration the supplies, but at what cost?”

As of Monday, there have been at least 321,833 confirmed cases of coronavirus in New York, which amounts to almost one third of the total cases in the country, according to a New York Times database. At least 24,576 people have died statewide.