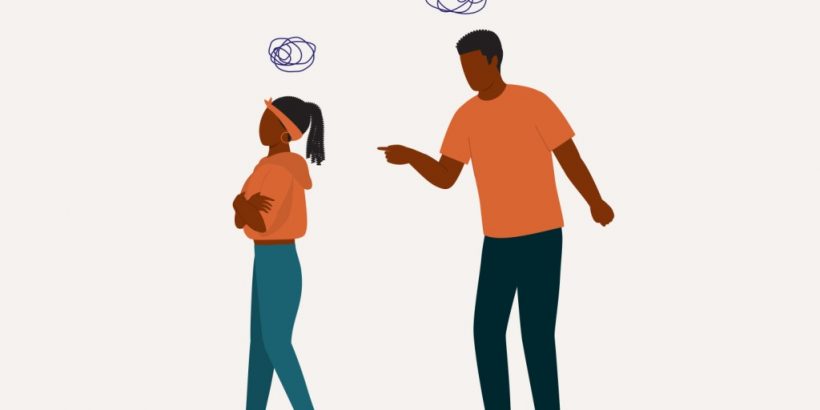 A 16-year-old decided to put her dad in his place for his bad behavior. She took to Reddit to share what she did, and posed the question of whether or not she was in the wrong for taking it to these lengths.

Her dad, she explained, is the only person who makes income in her house. Her mom is a stay-at-home parent, who handles everything from cooking to cleaning. When her dad arrives back from work at night, he complains about everything, often saying that the carpet isn’t clean enough or the food is too cold. “As a result; I’d have to listen to a huge argument daily between him and mom,” she wrote.  “It’s exhausting but honestly…I think that my dad is in the wrong here. I tried talking to him to get him to see how his behavior is but to no avail.”

So, she decided to take matters into her own hands. She donned on an outfit that looked like his work suit, put tape over her mouth to look like a mustache and copied him to the T. “At 6pm I went inside the house. Shouted ‘I’M HOME!!’ then sat next to him in the living room and started kicking my shoes while complaining about the state of the house at the top of my lungs,” she recounted. “He glanced at me confused asking what I was doing. I ignored him then started yelling about the carpet being dirty, shower not ready, the kids needing to be quiet and so on.”

When her dad asked her again what was going on, she responded with the phrase he uses often: “WHAT?! CAN’T A MAN EFFING REST AFTER WORKING LONG HOURS!!” Her dad got upset, left the house and refused to speak to her. Her mom told her that her bit was funny but she could have gotten her point across in another way.

Now, the OP wants to know if she’s in the wrong here. “I might have taken it too far and insulted him and hurt his feelings,” she wrote.

Many, many people thought that she was justified in her actions. One comment, which got more than 14,000 likes, declared: “NTA. You held up a mirror to his behavior, and he didn’t like what he saw. That’s on him. I hope he gets the message.” Another added: “He didn’t hear your words or your moms words the many times you both told him the issues. Instead, you made him ‘watch himself’ and people don’t like when a mirror is held up to their actions.”

It seemed clear that the reasonable ways of handling this bad behavior wasn’t working and the Reddit community applauded her for trying something different. “Maybe you could have been more tactful, but I doubt he would have heard it,” one person wrote. “He needed to see for himself, and now his feelings are hurt because he thought you were being a jerk before he realized you were just being him.”

Others added that this could be a good opportunity to try to talk to him again…now that she’s really put his behavior in a clear light. “Dad’s just clued into how toxic he’s being without realizing he was being toxic,” a user wrote. “I expect dad to still be broody for a whiles but now would be a good time to have a sit down with him if he’s cooled off enough explaining how you feel, and how you feel he treats your mom.”

What do you think of this daughter’s method for getting through to her dad?

These celebrity fathers are all proud to be “girl dads.”