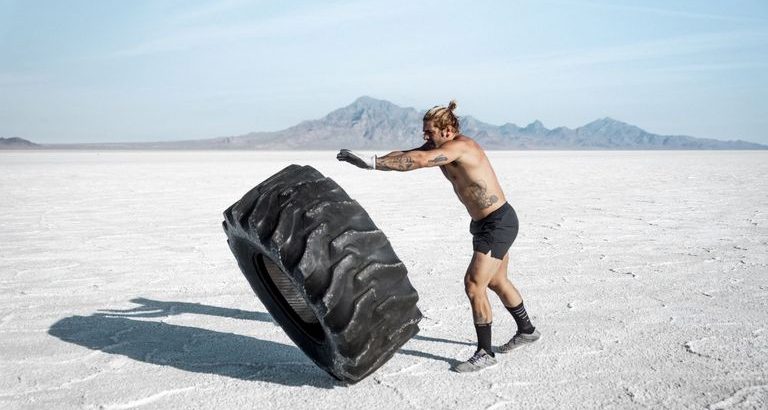 Not content with his recent achievement of deadlifting 500 pounds and sprinting a mile in under five minutes, strength coach and CrossFitter Michael Miraglia has just completed the “Strongman Marathon,” a new event of his own devising that involves traversing 26.2 miles via a series of physically exhausting weighted strongman events.

“This Strongman Marathon is something that no one has ever achieved or has even thought of doing,” he said. “I just wanted to do something that was so out-of-the-box outrageous that as soon as someone hears about it they’re sure it can’t be done.”

Here’s a mile-by-mile breakdown of what the Strongman Marathon entails: 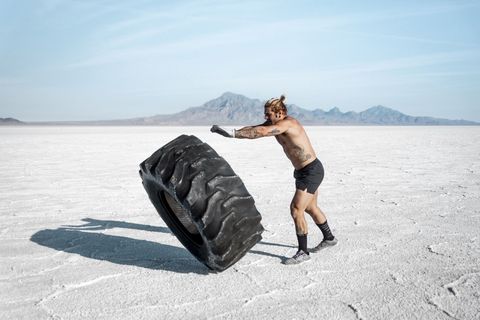 Miraglia trained six times a week as usual in the lead-up to the event, sticking to his usual CrossFit workouts to help him prepare both physically and mentally for the intense series of exercises, including a mile of burpees that would “thrash my legs, tear apart my arms and set the tone for the entire marathon.”

His official attempt took place at the Bonneville Salt Flats in Utah, with the help of sponsor Ten Thousand as part of their ‘Feats of Strength’ series. Michael started at 6 a.m., while it was still pitch-black, and anticipated that the entire challenge would take around 14 hours. And while the burpees were just as difficult as he had predicted, other exercises which he had thought would be easier proved just as hard, like the handstand pushups: the flats were rock hard and frozen solid.

This was where his prior planning and mental preparation served him well. “The miles had to be in this order, or I wouldn’t have been able to get it done,” he said. “The handstand walk would have been a quitting point if it was any later on in the marathon. Everyone came out such a long way to support me so I just had to keep going.”

Ultimately, Michael finished the ordeal in 9 hours 18 minutes, almost five hours earlier than expected. “Pushing your body past what you thought it was capable of is easy,” he said. “The hard part is pushing yourself even further… past what your mind wants to let you. That’s what ultra-running is all about; introducing you to a self you’ve never known.” 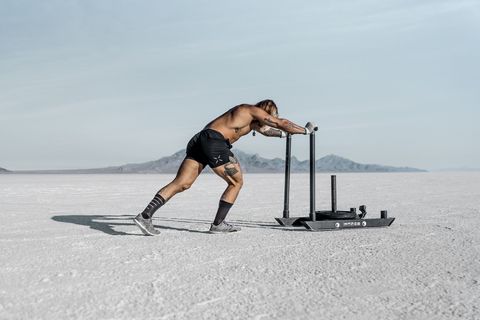