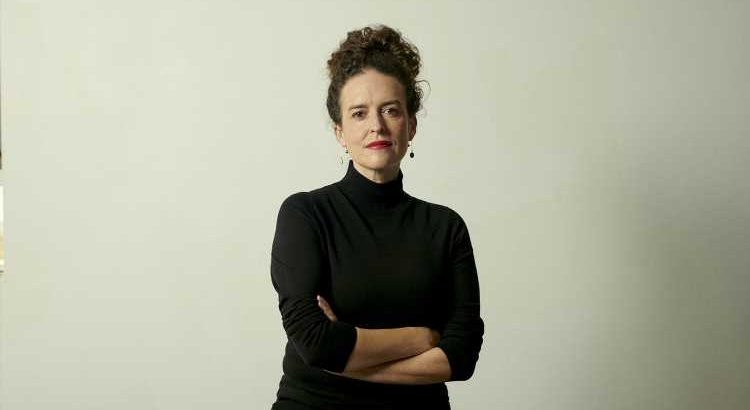 ‘The Trap’ podcast, created by the Victorian Women’s Trust, takes an extensive – and at times harrowing – dive into domestic and family violence and the oppressive systems that enable it.

Jess Hill – investigative journalist, award-winning author, and host of ‘The Trap’ – speaks to Women’s Health about her work on this podcast…

What was the idea behind the podcast?

Fundamentally we decided that we really wanted to show how intimate partner violence, and systems of power and control were all operating on a feedback loop. You could look at what was happening behind closed doors but that is often mirrored by what was being perpetuated by systems and institutions.

So we wanted to paint a picture of this total trap, and change the narrative on domestic violence. It’s not just a collection of abusive incidents, but a process of total entrapment. It starts at that interpersonal level but then it extends out into various systems where victim survivors and their kids feel increasingly trapped often by actions of police, family law courts, magistrates, Centrelink, child protection, and then looking at how that is mirrored in the way we’re governed.

In the podcast you speak to so many women, and their stories – although each is equally important to hear – all have some chilling similarities. What sort of patterns do we see in these relationships?

The pattern is so similar that as you go through the podcast and hear the stories of the victim survivors, by episode six or seven you don’t need to tell much of their story because you already know how it goes. Even though it’ll be slightly different at first, as you go through you see the basic structure is the same. Essentially, the relationships will start with an idealised version of that relationship – extremely close and affectionate, things move fast. You move in together or there’s big commitments made quickly.

The basic architecture of coercive control is isolation, manipulation and intimidation, micro-management of daily activities, surveillance, gas lighting, inducing a type of exhaustion which can just be that you become so confused as to what’s happening that you don’t know what’s up, or it can be that you are literally being kept awake by this person because they’re are interrogating you at all hours of the morning. The idea is to get you off-guard. Threats and degradation…

These systems of control, from an outsider’s perspective, seem so obvious and we often think to ourselves ‘I would never let that happen to me’. Can you tell us why perhaps it’s not always that simple when you’re in such a relationship?

The difficult thing about coercive control and why it’s so hard for victim survivors to spot when it’s happening to them, is because all these tactics can at first look like caregiving.

Isolation doesn’t have to be ‘you can’t see your friends’, it could be ‘hey babe it’s just you and me against the world, those friends don’t understand what we have. I think you’d be better of without them’. Or they tell you they miss you so much that they can’t bear you going out without them. Then over time, you start to feel there’s nothing you can really do right. You’re constantly being managed and monitored, that rules are being set and there are consequences for not following the rules but the rules are changing from hour to hour. You then look in the mirror and don’t even recognise yourself.

Afterwards so many victim-survivors will say ‘I would never put up with that – who was I?’ And you must remember that the whole process of coercive control is a thought reform process. It changes who people are whilst they’re being subjected to it. So they would say, do and accept things that otherwise they would never accept.

Educational resources like ‘The Trap’ are the some of the most useful tools to help both victims and perpetrators in recognising this toxic behaviour. Do you think the podcast could benefit all parties?

Absolutely, that’s what it is setting out to do. We want to create these resources that are fundamentally based around storytelling so the people listening will feel like they’re being taken on his real journey. They want to keep listening because it’s spellbinding but along the way they’re understanding things about themselves or the way they’ve been treated. It’s like an accidental education.

Episode 3, we really focus on the voices of men, who have used violence and oppression in their relationships. We try to go to the heart of how those men felt, but also keeping accountability in the centre of that conversation and confronting the really difficult fact that some men will never reform and we have to figure out what to do with such people. There’s definitely a huge emphasis in this podcast on talking to men and a big part of the last episode, which is focused on solutions, is about asking guys “what have you invested in changing this cycle? What kind of father do you want to be to your kids, do you really want intimate relationships in which you have to be in total control to feel safe?” We’re trying to get men invested in this as an issue that is important to them. We need to do much better at finding a way of inviting these people into the conversation and not just alienating them.

I imagine it’s difficult to know what to do if you if you see a loved one you think may be in danger from a violent relationship. How can you approach them in a way that is constructive and safe?

It’s really difficult because one of the central tenants of coercive control is to make the victim-survivor loyal and compliant. When you go to them and tell them you’re worried about their relationship, their first instinct will be to push you away. They’re not seeing it as you are, they’re often blaming themselves for the problems in the relationship. You should expect there to be some push back.

But really the situation is a long game. What you need to do is focus not so much on the abusive partner as a person but just focus on their behaviour. “I don’t like the way they talk to you” or “you never come out anymore, you look like you’re constantly on edge”. Notice your friend’s behaviour too. Notice it changing and reflect that back to them so they can see what’s happening. They often don’t realise how they’re changing to accommodate the control and oppression of their partner.

As a friend you can’t give them an ultimatum. What you need to model is the opposite of what their partner models and that is love, respect, patience, care, and understanding. That can be really frustrating and scary for friends and family members to see their loved ones remain in an abusive relationship. It’s not to be underestimated the difficulty of being a support person for someone experiencing coercive control. But remember, every time you talk about this with them, even if they push you away, you’re planting a seed. If you just say “any time you need a place to stay or someone to talk to, I am here” you are opening up the path out. But when you make those ultimatums, you’re closing that path. You’re doing the perpetrator’s work for them and isolating them, engulfing them in that trap.

It’s equally important to step in if you see someone you know perpetrating coercive control and say “your behaviour has become alarming, I’m concerned about the way you talk to your partner. It doesn’t look like you, you’re better than this.”

How have you managed to balance such sensitive issues when talking with the women who have been brave enough to share their stories?

I honestly can’t think of anything more courageous than speaking openly about the most personal and terrifying intimate moments of your life because you think it might help someone else going through the same thing. It’s incredible, and we’re so grateful because there is no way to get society to understand this without these people’s voices and expertise.

The way I like to work is to collaborate with people. I don’t want to replicate the power relationship they had with their partner. So these victim-survivors are able to work with me on the script, make sure it represents their story fairly and accurately. And it’s always important to me that this experience is a positive one for them. The response from these women is that they’re extremely proud to be part of something that brings awareness and understanding.

The 10-part podcast ‘The Trap’ is now available on Spotify, Apple music, or wherever you get your podcasts.

If you or someone you know is experiencing domestic violence, help is available.

Mensline Australia – supports men and boys who are dealing with domestic and family violence and relationship difficulties: 1300 789 978