Carpooling can be a blessing and a curse. While it’s great to have other parents to depend on (and parents who can depend on you) to take the kids to and from school, activities and other events, it sometimes means … dealing with other parents, kids, and rules. Such is the case with a mom who took to Reddit wondering if she’s wrong for implementing a simple rule for the two kids that she drives to school along with her pre-teen daughter. 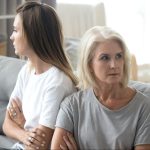 User SafeTaro explains on the Reddit forum Am I The Asshole? that her 12-year-old daughter, who has always struggled to make friends, found a friend in “Danielle” last year. “To me, Danielle was a little bossy and … obsessed with making my daughter popular but I figured she was just trying to help. And she was nice,” explains the original poster (OP). “When the schools reopened, Danielle’s mom asked me if I wanted to carpool. She’d drive the kids in the morning and I’d pick them up along with Danielle’s older brother (14). I agreed.”

The arrangement worked well at first, but one constant struggle was getting Danielle and her brother to wear their seat belts. “This is a no argument situation for me, kid or adult, you’re wearing a seatbelt. The kids constantly complained and would take them off. I talked to their mom and she kind of shrugged it off.”

Things came to a head after OP stopped at the post office one day before driving Danielle and her brother home. When she returned to the car, the kids had removed their seatbelts and refused to put them back on. After calling their parents (who didn’t pick up their phones), the OP’s daughter begged her mom to “just drive” — but she kept the car parked for 45 minutes (!) until the two kids finally put on their seatbelts.

“Their mom calls me, mad,” the OP explains. “She said I made her son late for a soccer game. I said he wouldn’t have been if he just wore his seatbelt. She told me I’m not their mom, so I don’t get to control them. I said if they’re in my car, they follow my rules. It all ended with us agreeing to stop the carpool arrangement. We finished the school year driving our own kids to school.”

Now, everyone is mad at the OP. Danielle’s mom won’t allow the girls to be friends until the OP apologizes to the kids. “I refuse. I did nothing wrong.” The OP’s daughter is upset because Danielle is one of her few friends. Even the OP’s husband thinks she “should fake an apology so our daughter can keep her friend. I don’t think it’s worth it. I’m not setting an example that they can do whatever at my house and I won’t say anything. My daughter is hurt and furious, currently not speaking with me.”

Whoa. We’re firmly #TeamSeatbelt here. We’re also firmly in favor of kids who respect reasonable rules in other people’s homes and vehicles — especially when that “rule” is actually the law. As for the mom who’s okay with her kids not wearing seatbelts and acting this way and actually being mad at the OP? Shaking our damn heads.

Reddit commenters agree: LadyTallPants says the OP is Not The Asshole for insisting the kids wear their seatbelts. “I think I would die on this mountain too. What kind of people set an example for their children that 1) its ok to not wear a seat belt and 2) its ok to argue with another adult like that for 45 minutes. NTA. Your daughter might not realize it now, but you may have helped her dodge a bullet.”

Another commenter HabitatGreen summed it up here: “Seat belts save lives, and not just your own. It has happened before that several people died in a car crash where everyone could have lived if that one person was wearing a seat belt like the others in the car.”

Seriously. Seatbelts save lives and wearing one is such a simple action that can save many people from lots of trouble, and most of all, heartache.

These celebrity moms make us all feel better when they share the highs and lows of parenting.