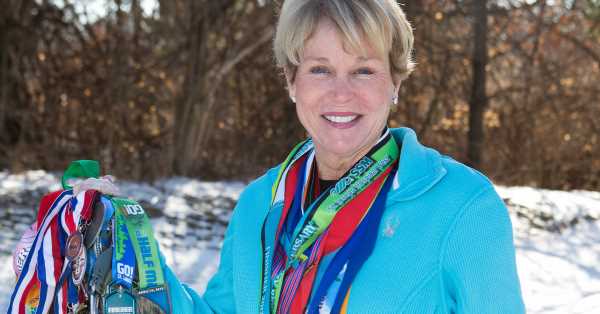 With several marathons under her belt, Teri Griege challenged herself to partake in triathlons with the hope of qualifying for the Ironman World Championship in Kona, Hawaii.

While training for the Ironman Louisville 2009, Griege suffered minor injuries and became unusually sluggish and tired. She attributed her conditions to overtraining.

“One day I’d feel great and the next day I’d feel like I had buckets of cement in my feet, and I was lethargic and tired. I also had a foot injury I couldn’t get to heal and my immune system was down; I was picking up colds and flus more frequently,” Griege told Healthline.

Months earlier, she also noticed blood in her stool but assumed it was from intense bicycling or from taking anti-inflammatories for her injuries. She told herself that if she wasn’t feeling better after the Louisville Ironman, she would see a doctor.

“One week after the race, I called my friend’s husband who is a gastroenterologist… and 2 weeks after the race, I had a colonoscopy. When I woke up, he told me he didn’t get far into the procedure because there was a mass,” she said.

Griege had a CT scan the same day.

“When I got home, I went to the American Cancer Society’s website, and at that time 10 years ago, stage 4 colon cancer had a 5-year survival rate of 6 percent. I thought, ‘Well that’s not me,’ and I just shut down the computer. Three hours later, I found out it was me,” she said.

At 48 years old, Griege was diagnosed with stage 4 colon cancer with metastases to her liver.

She underwent radiation and five rounds of chemotherapy. Because she responded well to treatment, she had colon and liver resection surgery, followed by seven more rounds of heavy chemotherapy.

“Then I was placed on maintenance chemo and over about a 6-year time period, I had two reoccurrences, one in the liver, in which they were able to kill the tumors, and then a bilateral lung metastasis, [which required] a lung resection,” said Griege.

About 2.5 years ago, she decided to take a break from treatment. Her doctors now observe her with scans and by monitoring her carcinoembryonic antigen (CEA) levels.

“I don’t look at the statistics because I’m not a statistic. I like to think I’m going to beat the odds. No matter what kind of cancer you have, once you’re diagnosed you live with that monkey on your back,” she said.

While only about 14 percent of people with stage 4 colorectal cancer survive beyond 5 years, Griege celebrated 10 years postdiagnosis in September 2019.

“I don’t know why I’m here today 10 years later, but I feel like my purpose is to inspire others and save lives,” she said.

At the time of her diagnosis, Griege’s sisters, who are 13 and 14 years older than her, had never been screened for colon cancer.

“They were in their 60s and had never had a colonoscopy. Two weeks after I did, they went and had colonoscopies. My one sister had precancerous polyps and my other sister was diagnosed with stage 3 colon cancer, so in a way, I feel like I saved their lives,” said Griege.

She immediately felt a calling to spread awareness.

“It’s not about finding a cure, but it’s about living each day to the fullest and doing the most that we can with every single day,” Griege said. “I’ve lived more in the last 10 years than I did in my first 48 years.”

Griege stayed physically active throughout treatment, except for taking a short break after surgery.

“I had dreams of doing the World Championship Ironman in Hawaii because I had almost qualified for it 2 years before being diagnosed. I sent in my story into Ironman in 2011, and they chose me as an inspirational athlete. I participated and completed the race while on chemotherapy, and it gave me a platform to inspire others and give others hope,” she said.

Since then, she ran in six world marathons and continues to participate in various events to raise money for cancer research.

“To say colon cancer was life changing or altering doesn’t do any of this justice. If it could happen to me, it could happen to anybody, so I call myself an accidental advocate,” she said. “So many times, [I hear] someone say they were supposed to get their colonoscopy and they didn’t, so [I share my story] and tell them they need to talk with their physician about it.” 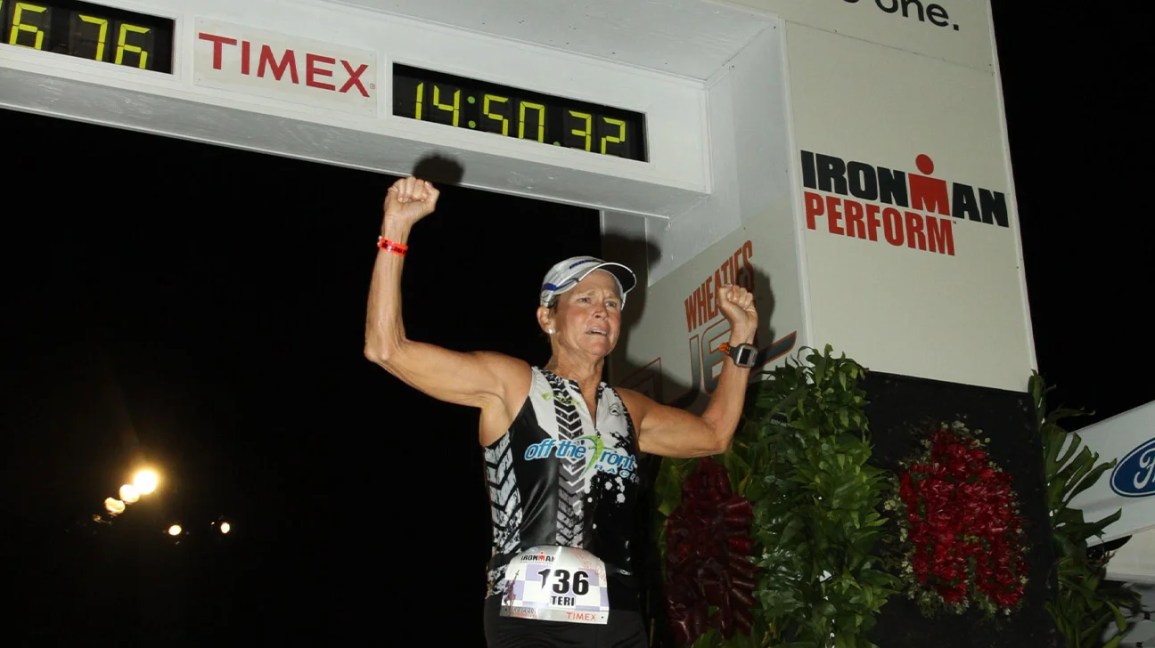 Griege crosses the finish line at the World Championship Ironman in Hawaii. Image via Teri Griege

Because Griege had no known family history and guidelines at the time recommended screening at age 50, she had never been screened before.

However, according to the American Cancer Society, there has been about a 51 percent increase in colorectal cancer among people under age 50 since 1994. More than half of those under the age of 50 who receive a diagnosis have more advanced stages of cancer.

In response to the increase of colon cancer among younger Americans, the American Cancer Society revised its guidelines to call for those 45 years and older who are at average risk to get screened.

“However, I did read recent research that says this change may not have a significant [impact] because the young people who are getting colon cancer are still in their 30s and 40s, so we may not get those people with a screening guideline at 45,” Chao told Healthline.

Although that 5-year change may not make as much of a difference as hoped, he said it will bring awareness to people in their 30s and 40s, meeting the ultimate goal of getting younger people to think about colon cancer earlier.

She advocates screening to her patients.

“As a family physician, I am passionate about aiming to provide the best care for my patients every day, but seeing my husband go through colon cancer made me more passionate. In my own practice, we embarked on a journey to increase our colon cancer screening rates, and we have made a dramatic improvement,” Nicholas said.

With many screening options being covered by most insurance plans, she stresses the importance of screening to her patients who are hesitant.

Chao said there are many reasons people may avoid getting screened when it comes to colonoscopy, including the preparation and time off work to have the procedure done.

“Colon preps have gotten better. You used to have to drink a gigantic bottle of liquid to clean yourself out and now most people can drink [much less] and be done,” he said. “Also, people in their 40s and 50s are most productive in the workplace, so they can feel bad… for doing the surveillance,” he said.

Embarrassment may also play a part.

“People are private about bowel movements and it takes some courage to open yourself up to that,” said Chao.

While he said colonoscopy is a safe procedure, possible risks include injury to the colon and becoming dehydrated or vomiting from the prep.

“The chance of these risks happening are far outweighed by the benefits of a colonoscopy,” he said.

For those who are at average risk and hesitant to get a colonoscopy, Nicholas said the following are other FDA-approved screening options for those 45 years or older.

Aside from getting screened at the recommended age, Nicholas said it’s important to know your family history.

“Families who have a lot of polyps are more likely to have family members with polyps. In my husband’s case, his mother had polyps removed in her 40s. If we had known that, I might have gotten him screened earlier,” she said.

Chao agreed, adding that staying in tune with your body and seeking medical care is crucial.

“Be aware of subtle signs. If you are suspicious about something, go see a doctor. When young people have blood in their stool, it’s usually hemorrhoids, but if [the blood is] persistent and doesn’t go away, [go to your] doctor to find out if it’s hemorrhoids,” he said. “Get your annual physicals, advocate for yourself, and listen to medical advice.”

Cathy Cassata is a freelance writer who specializes in stories about health, mental health, and human behavior. She has a knack for writing with emotion and connecting with readers in an insightful and engaging way. Read more of her work here.