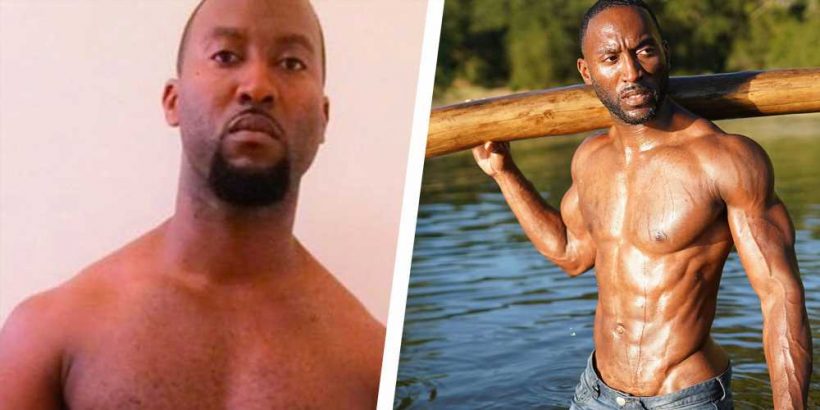 I grew up in in a family fueled by drugs and gangs. My mother was a well-known drug dealer and I remember being 8-years-old, witnessing my parents and other family members weighing, cooking, and bagging drugs.

By 14, I was an active gang member. I sold marijuana, carried a gun, barely went to school, and drank with my aunts and uncles.

During winter break of my senior year of high school, an event happened that changed my immediate direction in life: My cousin and I were robbed by a rival gang member at gun point with a red beam.

I was told to strip down, and my cousin was shot in the arm as we tried to make run for it. I’d been shot at many times before, but that one was it for me. This was the first and only time the gun was pointed straight to my head.

I re-directed my life. I didn’t go back to school, because I figured he was too far behind, but by 18, I was working at Popeye’s in the day, and a graveyard shift a few days a week for a painting company.

By 2000, I was 20, had a wife, a son on the way, a job with Popeyes as a shift leader, and was studying theology to work in the ministry. And all of it was to make sure I didn’t repeat the life I’d grown up with. I committed to a faith, got married, had children, and kept a 9 to 5.

“I’m good,” I figured. “I won’t be what I saw.” I wasn’t thinking about being happy. I just wanted to try hard to be righteous.

But even though I was working hard not to let my early life creep back, there were still plenty of problems weighing on me that repeated over the next decade of my life.

First, was infidelity. I had four either physical or emotional affairs between 2000 and 2015.

In 2004, I began a long string of relocations, moving back and forth from my parents to my in-laws, with five moves in 10 years.

Plus, there were multiple car repossessions and bank overdrafts. My health was a wreck. At 168 pounds and 19 percent body fat, I was skinny fat.

But I own it. I just did not know how to plan, manage, and deal with the three tests life has tried us all with: health, finances, and relationships. I kept circling the same mountains.

At 33, I moved back in with my in-laws for the third time, and with my now family of five. And that’s when the panic attacks started.

The Catalyst for Change

My anxiety attacks were the turning points. I had to stop ignoring the tugging and turning away from the curiosity. I had to find out what it was.

So I headed to the gym, not to change my physique, but to clear my psyche. I didn’t know what I was doing, but it was a new sanctuary for me. Every set and rep, I asked myself, ‘What’s next? There has to be more.’ The gym is where the light turned on, so the gym is where I stayed.

I became a certified personal trainer and a year later separated from my wife. The more my identity and purpose unfolded, the more I had to face making some hard decisions. The guilt of feeling like I had stolen and wasted someone’s time was a weight no deadlift or squat could compare to. But I couldn’t continue living a lie.

I started focusing on my physical health more, dropping to 165 pounds and 11 percent body fat in my first two years in the gym.

The first time I used an incline dumbbell bench, I used 35-pound dumbbells and my left arm gave out on my 3rd set and 4th rep. Now my incline is 120-pound dumbbells at 3 reps. Now I maintain around 170 pounds and five to seven percent body fat year round.

I have a picture of myself when I was a baby on my screensaver and vision board. Every time I look at him, I remind him of how proud I’m going to make him.

Don’t think you have to have it all figured out. Expect and embrace change. In fact, chase it. Whatever you want, don’t hesitate, go after it.