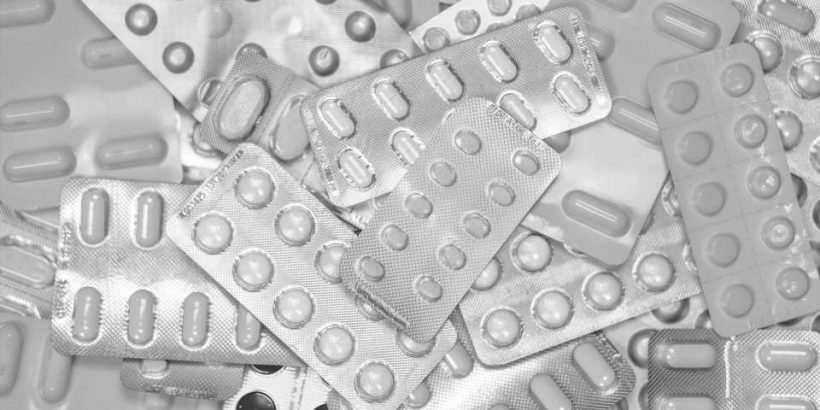 A campaign that urged GPs to ‘think-twice’ before putting a patient on opioid medicines is effective in reducing opioid prescribing in primary care, according to the findings of a major study.

Although the reduction in the number of opioid prescriptions issued by individual GPs was small, when aggregated together they had a large effect.

The campaign was trialled in West Yorkshire and the researchers say over a year, it resulted in 15,000 fewer patients being given opioids—and a net saving to the NHS of £700,000. If it were replicated across the UK, it could lead to 406,000 fewer patients taking opioid medications.

This study, led by researchers from the University of Leeds and published in the journal PLoS Medicine, involved a ‘feedback’ intervention that continued for a year, where GPs were given two-monthly updates on the number of people at their practice being prescribed opioids.

Opioids are morphine-based medicines that can result in addiction, dependency and an increased risk of falls and early death.

They are often given as painkillers, but the Royal College of Anaesthetists says there is little evidence they help with long-term chronic pain—although they work for acute pain and end-of-life care.

In early April, NICE, the National Institute for Health and Care Excellence, issued guidance on how to support patients who experience chronic or persistent pain, pain that exists for three or more months. NICE said they should not be started on commonly used drugs, including opioids.

The number of prescriptions issued by GPs in England for opioids increased by 37 percent from 1998 to 2016, with the total quantity of oral morphine given to patients more than doubling—prompting claims that the UK has been in the grip of an “opioid epidemic”.

The researchers believe “physician prescribing habits” account for the increase in opioid prescribing, rather than the needs of patients. In the paper, they acknowledge the challenges facing GPs when some patients have a “strong expectation” of being able to access prescription pain relief.

As part of the feedback campaign, the doctors were reminded of the need to “…initiate opioids with caution” and to review whether patients should continue to receive opioids when there is no benefit.

How one GP helped a patient to reduce dependency on opioid

One GP involved in the study described how the intervention helped him get a patient off opioid medication.

The patient, who had multiple sclerosis, was on three different forms of opioids. Once on the drugs, no one had spoken to her about whether she needed to stay on them. The GP worked with her to gradually reduce the dosage.

The GP said: “I was really impressed by her progress—and it has made a difference to her life. When she comes to see me, she says ‘Look, I am changed person. I can now focus on things and I have an enthusiasm for life. Before I was just a blank’.”

Results of the intervention

The feedback intervention—called the Campaign to Reduce Opioid Prescribing—was trialled in West Yorkshire. There were 316 GP surgeries in the group that received feedback—another 130 practices were in a control group and did not get any feedback.

Every two months, the GPs in the feedback group received an update detailing how many patients at their practice had received an opioid prescription. Patients with cancer or drug dependency were not included.

The overall difference between the intervention and control groups was -0.65 per 1000 patients/month which means across West Yorkshire, around 15,000 fewer people will have been put on opioids over the year-long trial, which equates to a net saving of more than £700,000 to the NHS once all costs have been accounted for.

Dr. Sarah Alderson, Clinical Associate Professor at the University of Leeds and a GP in Holmfirth, West Yorkshire, who led the study, said: “Our analysis shows that the intervention was particularly effective at getting GPs to stop or reduce their prescribing for those groups at high risk such as older patients or those who also had a mental health condition.

“The study shows that GPs can be highly effective in identifying other ways of supporting patients who experience chronic pain.

“The feedback intervention could easily be adapted and delivered elsewhere at relatively low cost.”

The effects of the programme started to wane once the feedback was stopped and Dr. Alderson believes the campaign needs to be sustained over a longer time period.

Dr. Tracey Farragher, Epidemiologist at The University of Manchester and analyst on the study, said: “This study is a great example of how health records can improve patient care by providing up to date information to doctors about how many of their patients are being prescribed opioids.”