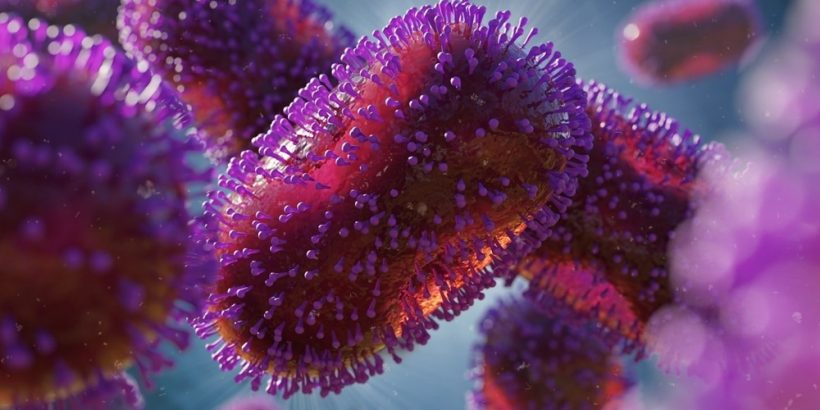 The ongoing 2022 MPX outbreak has impacted several nations, such as the UK, non-endemic to the virus, infecting individuals with no recent travel history to endemic regions such as central and western parts of Africa. In July of 2022, MPX was announced to be a global population health emergency by the World Health Organization (WHO).

In the present study, researchers analyzed MPXV transmission dynamics in the UK.

Data of case-contact (CC) pairs and potential exposure dates (EDs), linked through contact tracing, and of UKHSA (UK health security agency) case questionnaires were analyzed. The symptom onset dates (SODs) for the CC pairs were identified based on matching the PINs (pseudo-identifier numbers) to the LLs (line lists), and 2,746 polymerase chain reaction (PCR)-confirmed MPX patients were included in the study between May 6 and August 1, 2022.

The prime study outcome measure was the determination of the SI (serial interval) and IP (incubation period) of MPX using the interval censoring corrected (ICC) and IC right truncation corrected (ICRTC) time distribution models. Generalized additive modeling was used to assess the growth of MPX cases by the reporting dates (date of reporting confirmed cases to the UKHSA).

For every CC pair, an individual with primary MPX infection was referred to as the primary case (PC), and the one infected by the PC was referred to as the secondary contact (SC). Thus, CC pairs comprised individuals identified as contacts by cases that subsequently became cases or were already cases. The most recent date of PC contact reported by an individual in three weeks before SOD was considered the ED, and the date symptoms manifested was considered the SOD.

For investigating probable EDs that occurred before SODs in PCs, indicative of MPXV transmission prior to symptom onset, PC SOD data were linked with SC EDs. CC pairs were linked to the questionnaire data records for every SC, enabling the identification of PCs and EDs for the SCs. Subsequently, PINs were used to link PCs to the LL to obtain the SODs.

The average age of the study participants was 38 years, and most (95%) of them were reported as being bisexual, gay, and other MSM (males who have sex with males) individuals. By August 1, 2022, 92 data records (from 650 questionnaires) were obtained with complete ED and PIN data required for linking data. Of these, documented CC links were available for 30 records, allowing PC identification.

Out of the 30 PCs, SODs were documented for 19 PCs in the LL. In total, 220 CC pairs were reported, of which 79 had SODs for both individuals of the CC pair, forming the SI cohort. Of 650 individuals who completed the questionnaires, 54 provided SOD data and the date of the most recent contact with a PC, forming the IP cohort.

Out of 19 PC records, a negative IP was reported in three records which were therefore excluded from the analysis. Of the remaining PC records, seven PCs provided PII (personally identifiable information) in the LL and questionnaire, enabling PC verification. Four (out of seven) cases with PII matched, and after the exclusion of the three unmatched pairs, 13 CC pairs remained, forming the pre-symptomatic MPXV transmission investigation cohort.

The ICRTC and the ICC time distribution modeled median and 25th centile values were shorter by one to two days and two days, respectively. Out of the 13 MPX patients that were linked, ten had reported pre-symptomatic MPX transmission. The duration in which MPX cases doubled reduced from nine days on May 6, 2022, when MPXV was first detected among UK residents, to a 29-day halving time on August 1, 2022.

To summarize, based on the study findings, the peak of the MPX outbreak was observed in the United Kingdom on July 9, 2022, following which cases declined. Short SIs were more commonly observed compared to short IPs, indicative of appreciable pre-symptomatic MPXV transmission, validated via linked health records of the patients.

For MPXV-infected and PII-linked patients, the maximum duration for which MPXV transmission was identified prior to SO was 4.0 days. Individuals would have to be isolated for a 16-day- to 23-day period to identify 95% of individuals with probable MPX. For SI, the 95th centile was found to be between the 23-day to 41-day period, indicative of lengthy periods of MPXV infections.