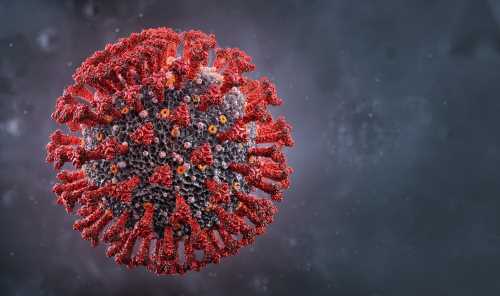 Despite decreased efficacy against emerging SARS-CoV-2 variants, messenger ribonucleic acid (mRNA)-1273 and BNT162b2 coronavirus disease 2019 (COVID-19) vaccines protect against severe illness and death. Indeed, some aspects of immunity controlling infection in the lungs are yet unexplored. These could be anamnestic B cell responses that elicit cross-reactive neutralizing antibodies (nAbs) or non-neutralizing, cross-reactive nAbs that promote Fc-mediated effector functions.

Vaccine-elicited antibodies can bind the Fc region of Fc-gamma receptors (FcγRs) and facilitate effector functions against multiple SARS-CoV-2 variants, including variants of concern (VOCs), such as Omicron. Studies have shown an association of this unique phenomenon with improved clinical outcomes in COVID-19 patients. However, studies have not yet determined or elucidated a pivotal relationship between Fc-mediated effector functions and vaccine-triggered SARS-CoV-2 immunity.

They conducted their experiments in vivo in knockout (KO) mice using passive and active immunization methodologies. Further, the researchers pooled immune serum from vaccinated mice and profiled them for anti-S antibodies against the ancestral SARS-CoV-2 strain and its other variants of concern (VOCs). They also performed cellular depletions to investigate the cell type responsible for the protection conferred by passively transferred antibodies.

Even those mice vaccinated with the preclinical mRNA-1273 vaccine failed to combat Omicron BA.5 in the respiratory tract that lacked FcγR III. After active immunization, the researchers noted that several Fc effector functions were associated with increased binding of vaccine-elicited antibodies to S. These Fc effector functions were antibody-dependent cellular cytotoxicity (ADCP) and antibody-dependent complement deposition (ADCD).

The passive immunization strategy helped mice mount an effective immune response in the lungs against infection by SARS-CoV-2 strains MA-10 or WA1/2020 N501Y/D614G, albeit in the presence of FcγR III expression. Intriguingly, these mice retained serum-neutralizing activity after the passive transfer of immune sera. These findings are consistent with studies in hamsters showing neutralizing mAbs that bind RBD epitopes. Moreover, Fc-engineered anti-SARS-CoV-2 non-neutralizing and neutralizing mAbs binding the NTD and RBD in S conferred more protection in these animals.