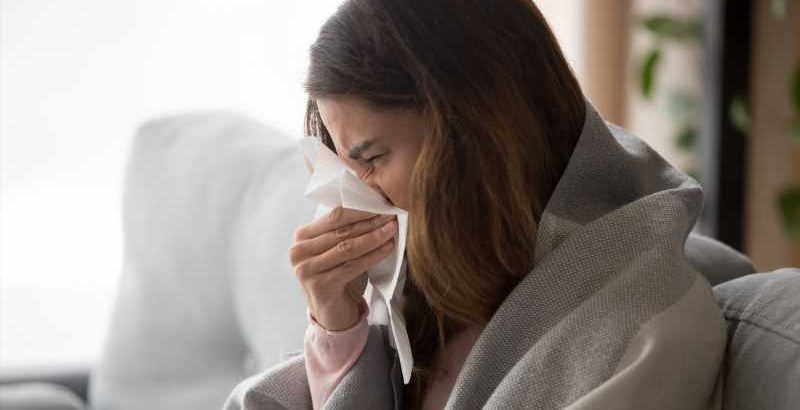 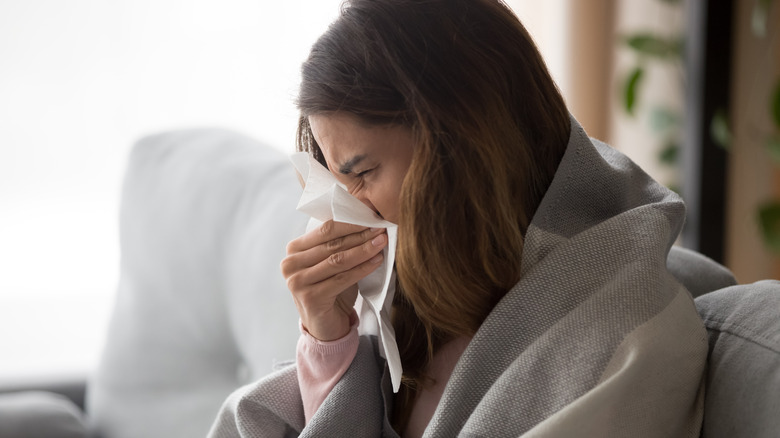 The COVID-19 pandemic consumed so much of our time and energy last year that every other ailment paled by comparison. Mosquito bites in the summer? No big deal. Autumn sniffles? Grab the tissues and be thankful it’s nothing more serious. Thankfully, with cases going down and the number of vaccinations going up, the worst may be over — people are looking forward to vacations and family barbecues once again. The bad news — we may be in for a worse-than-usual flu season this winter.

Experts told CNN that this past year was an unusually light season for the flu. Only a few thousand Americans caught the contagious illness, as opposed to the many millions who normally come down with it, and only one child died of flu. Other countries are reporting similar statistics. Doctors aren’t sure of the reason, but it’s possible that all the mask-wearing, hand-washing, and social distancing may have warded off influenza as well as coronavirus. We may have endured a lot of fogged glasses and chapped hands, but those are minor inconveniences compared to being laid up for a week with the fever, body aches, and racking cough of flu.

Dropping COVID restrictions may make us more susceptible to flu 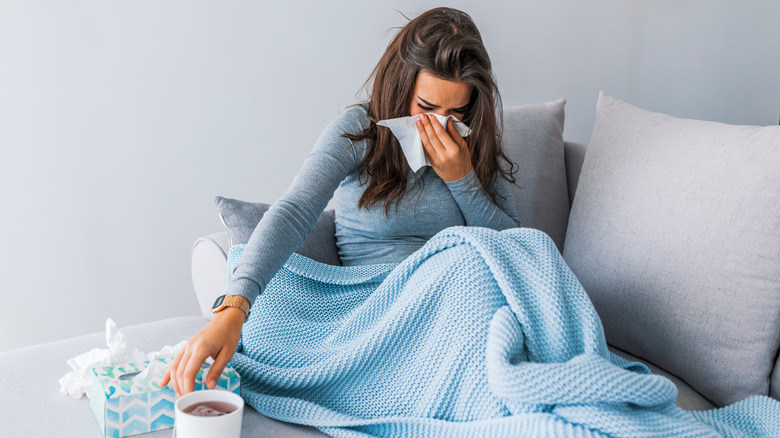 Low flu numbers are likely to change — drastically — once cold weather hits this year. Doctors are also predicting a higher-than-normal incidence of other respiratory illnesses, such as the common cold and respiratory syncytial virus (RSV), an infection that can be especially dangerous in children and the elderly. If that happens, we can probably blame it on that “return to normal” we’ve looked forward to for so long. With stores, restaurants, and other public areas reopening and loosening their mask restrictions, we’re being exposed once again to the tiny respiratory droplets that spread through sneezes, coughs, and close-up conversations.

Ironically, we may also be more flu-prone because so few people had the illness last year. Some medical experts believe that the body naturally strengthens its immune response when exposed to viruses like flu, even if we don’t get sick ourselves. University of Michigan epidemiologist Aubree Gordon told CNN, “The longer you go without exposure, the more likely you are to be symptomatic and more likely to be sicker.”

On the other hand, doctors also admit that flu seasons are unpredictable. This year could turn out to be another mild one after all. In the meantime, it’s best to play it smart and keep taking simple precautions like washing your hands frequently, coughing into your elbow, and getting the flu shot after the start of flu season.