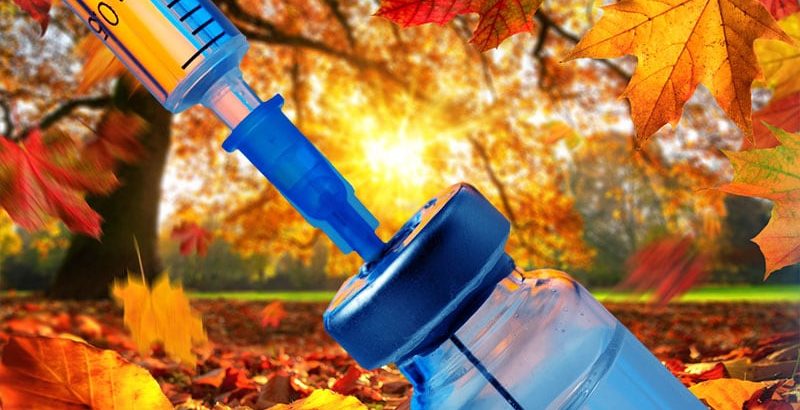 Comments from the White House this week suggesting a once-a-year COVID-19 shot for most Americans, “just like your annual flu shot,” were met with backlash from many who say COVID and influenza come from different viruses and need different schedules.

Remarks, from “capitulation” to too little data, hit the airwaves and social media.

Some, however, agree with the White House vision and say that asking people to get one shot in the fall instead of periodic pushes for boosters will raise public confidence and buy-in and reduce consumer confusion.

Health leaders, including Bob Wachter, MD, chair of the Department of Medicine at the University of California San Francisco, say they like the framing of the concept — that people who are not high-risk should plan each year for a COVID shot and a flu shot.

“Doesn’t mean we KNOW shot will prevent transmission for a year. DOES mean it’ll likely lower odds of SEVERE case for a year & we need strategy to bump uptake,” Wachter tweeted this week.

But the numbers of Americans seeking boosters remain low. Only one-third of all eligible people 50 years and older have gotten a second COVID booster, according to the Centers for Disease Control and Prevention (CDC). About half of those who got the original two shots got a first booster.

Meanwhile, the United States is still averaging about 70,000 new COVID cases and more than 300 deaths every day.

The suggested change in approach comes as Pfizer/BioNTech and Moderna rolled out their new boosters that target Omicron subvariants BA.4 and BA.5 after the CDC recommended their use and the US Food and Drug Administration approved emergency use authorization.

“As the virus continues to change, we will now be able to update our vaccines annually to target the dominant variant,” President Joe Biden said in a statement promoting the yearly approach.

Other experts say it’s too soon to tell whether an annual approach will work.

“We have no data to support that current vaccines, including the new BA.5 booster, will provide durable protection beyond 4 to 6 months. It would be good to aspire to this objective, and much longer duration or protection, but that will likely require next generation and nasal vaccines,” said Eric Topol, MD, Medscape’s editor-in-chief and founder and director of the Scripps Research Translational Institute.

A report in Nature Reviews Immunology last month states, “Mucosal vaccines offer the potential to trigger robust protective immune responses at the predominant sites of pathogen infection” and potentially “can prevent an infection from becoming established in the first place, rather than only curtailing infection and protecting against the development of disease symptoms.”

Topol tweeted after the White House statements, “(An annual vaccine) has the ring of Covid capitulation.”

“This is the difficulty of having public health announcements come out of Washington,” he said. “They ought to come out of the CDC.”

He says there is a reasonable analogy between COVID and influenza, but warns, “don’t push the analogy.”

They are both serious respiratory viruses that can cause much illness and death in essentially the same populations, he notes. These are the older, frail people, people who have underlying illnesses or are immunocompromised.

Both viruses also mutate. But there the paths diverge.

“We’ve gotten into a pattern of annually updating the influenza vaccine because it is such a singularly seasonal virus,” Schaffner said. “Basically it disappears during the summer. We’ve had plenty of COVID during the summers.”

For COVID, he said, “We will need a periodic booster. Could this be annually? That would certainly make it easier.” But it’s too soon to tell, he said.

Schaffner noted that several manufacturers are working on a combined flu/COVID vaccine.

The currently updated COVID vaccine may be the first step toward an annual vaccine, but it’s only the first step, Schaffner said. “We haven’t committed to further steps yet because we’re watching this virus.”

Having a single message once a year can help eliminate the considerable confusion involving people on individual timelines with different levels of immunity and separate campaigns for COVID and flu shots coming at different times of the year.

“Communication around vaccines is very muddled and that shows in our overall vaccination rates, particularly booster rates,” she says. “The overall strategy is hopeful and makes sense if we’re going to progress that way based on data.”

However, she said that the data are just not there yet to show it’s time for an annual vaccine. First, scientists will need to see how long protection lasts with the Omicron-specific vaccine and how well and how long it protects against severe disease and death as well as infection.

COVID is less predictable than influenza and the influenza vaccine has been around for decades, Madad noted. With influenza, the patterns are more easily anticipated with their “ladder-like pattern,” she said. “COVID-19 is not like that.”

What is hopeful, she said, “is that we’ve been in the Omicron dynasty since November of 2021. I’m hopeful that we’ll stick with that particular variant.”

Marcia Frellick is a freelance journalist based in Chicago. She has previously written for the Chicago Tribune, Science News, and Nurse.com, and was an editor at the Chicago Sun-Times, the Cincinnati Enquirer, and the St. Cloud (Minnesota) Times. Follow her on Twitter at @mfrellick.