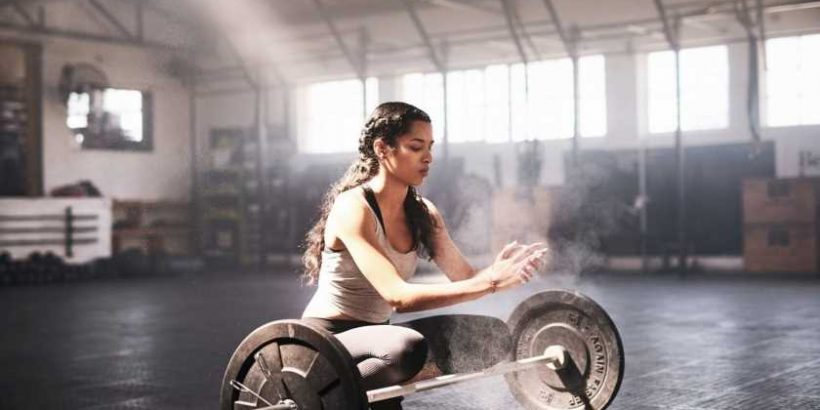 The pelvic tilt is one workout tip trainers want you to know about.

Strength training is an amazing antidote to pain, strengthening the muscles, joints and bones in order to improve posture and sort out imbalances. It’s particularly important if you do a lot of running, as the legs and core need to be able to take a lot of impact, or if work a desk job, as your shoulders will often be hunched.

But when does exercise move from a pain reliever to a pain inducer? While the injury rate in weight lifting is much lower than in other sports, according to a study published in Orthopedics & Biomechanics, lower back pain is one of the most common complaints in those who train with heavy weights. Don’t let that put you off  – instead, it’s all about checking your form.

That is where the posterior pelvic tilt comes in. It’s a technique tip to remember, according to trainers Emma Obayuvana and Shona Vertue, as using it can reduce the amount of pressure that you are putting through your spine.

“The posterior refers to the back of the body, so a posterior pelvic tilt is when the top of your pelvis tilts backwards,” says Shona. “Although this sounds like fancy anatomical speak, it’s important to understand because it clarifies positioning, ensuring that your execution is safe and effective.”

The posterior pelvic tilt is often what trainers are looking for when they say ‘avoid arching through the spine’. “It’s all about looking after the alignment of your body,” says Emma, as tipping the top of the pelvis backwards decreases the arch in the lower back.

“A common cue to perform the posterior pelvic tilt is to imagine you’re wearing a belt around your hips and you want that belt buckle to turn towards your chin. So you’re essentially squeezing your glutes and tucking your tailbone,” explains Shona.

“If we don’t have a posterior pelvic tilt our back, particularly our lower back, may take over to compensate,” says Shona. This is particularly important during heavy lifts, like hip thrusts, as studies show that using a posterior tilt puts less pressure on the muscles surrounding the spine and instead utilises the glutes. An extra bonus of this is that stronger glutes also translate into less back pain in the long run – so it’s a win-win.

“It also increases abdominal activation,” says Emma, “That further reduces pressure through the spine, but you also get a lot of your power through bracing your core, so you really should utilise your abdominals. In fact, maintaining posterior pelvic tilt during leg raises achieved greater ab activation compared to doing crunches and hollow holds, according to a study from the Journal of Strength and Conditioning Research.

Glute exercises: the best workouts for activating your glutes, according to fitness trainers

However, it’s important to note that in some movements, you want the pelvis and spine to be neutral (not tipping either way), and you may even want an arched back for some moves such as bench press. Plus, generally, an arched spine isn’t ‘bad’. “Posture is quite complex, and so many women have natural curves and arches in their body,” says Emma. “For some people, achieving full contraction or flexion of joints may be challenging, so I just like to remind people to be mindful of how they perform exercises.”

If you are unsure about how to perform a move or want to check your form, make sure you ask a trainer on the gym floor or sign up to a session with a personal trainer, who can give you specific advice tailored to you.

Follow @StrongWomenUK on Instagram for the latest workouts, delicious recipes and motivation from your favourite fitness experts.