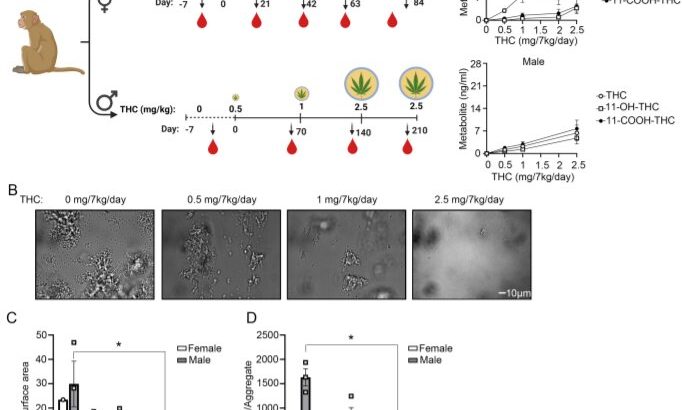 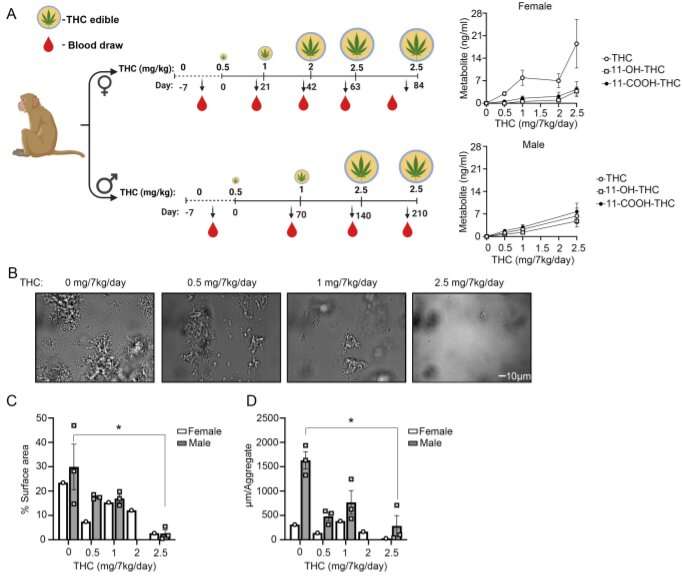 Using marijuana may lead to platelet dysfunction, according to a new study in nonhuman primates. Platelets, a component of blood, play a role in maintaining blood vessel (vascular) health and aid wound healing and placental development during pregnancy. The article is published ahead of print in the American Journal of Physiology-Cell Physiology.

An estimated 22 million people in the U.S. use marijuana every month for recreational or medical purposes. The concentration of delta-9-tetrahydrocannabinol (THC)—the psychoactive component responsible for the drug’s “high”—in cannabis products has increased over the years from less than 4 percent to more than 15 percent in 2018.

“Although marijuana has been used for the treatment of chronic pain, insomnia, nausea and vomiting, studies have also suggested that marijuana use is associated with cardiovascular system dysfunction, including both thrombosis and compromised vascular integrity in select cases,” wrote the researchers of a new study. In the study, the research team explored the effects of THC on platelet function in rhesus macaque monkeys.

Male and female rhesus macaques were given a THC cookie each morning before breakfast. Over several months, the researchers incrementally increased the animals’ THC levels to approach standard by-weight dosages consistent with Colorado’s medical marijuana dose recommendations. The research team compared blood samples of the animals before and after the trial and found that THC reduced platelet aggregation—a step in the process of blood clot formation—and lowered production of thromboxane, a lipid involved in clotting. However, THC did not affect clotting times.