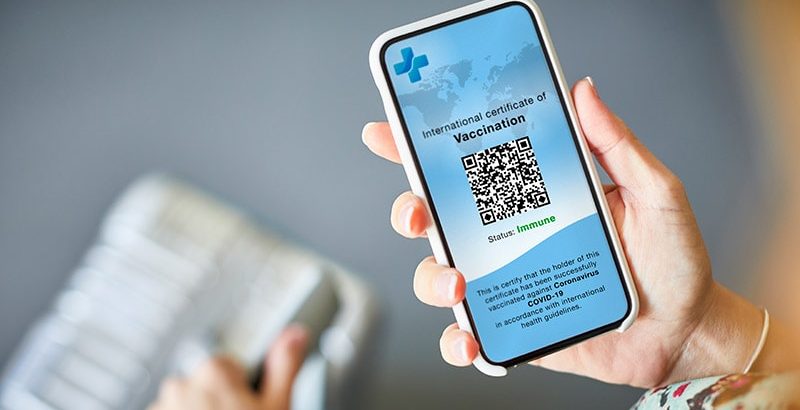 The order prevents state agencies or organizations that receive state funding from mandating someone to receive a vaccine or provide proof of vaccination to receive services.

“As I have said all along, these vaccines are always voluntary and never forced,” Abbott said in a video announcement posted on social media.

“Government should not require any Texan to show proof of vaccination and reveal private health information just to go about their daily lives,” he added.

“I oppose vaccine passports. The COVID-19 vaccine should be a personal health choice, not a government requirement,” he wrote in a post on Twitter on Tuesday.

“I am supporting legislation to prohibit any government-mandated vaccine passports to protect the privacy of Tennesseans’ health information and ensure this vaccine remains a voluntary, personal decision,” he added.

Missouri Gov. Mike Parson similarly voiced his opposition on social media as the Missouri Senate took action on legislation that would ban COVID-19 vaccine passports in the state.

“I do NOT support a vaccine passport and have no intention of implementing one in the State of Missouri,” Parson wrote in a post on Twitter on Monday.

Mississippi Gov. Tate Reeves also said that he disapproves of the idea.

Discussions and policies around “vaccine passports” could become a new cultural divide during the COVID-19 pandemic, according to The New York Times. Airlines are testing the CommonPass app to bring the travel industry back, and some event and entertainment venues are considering digital passes to help customers feel safe.

New York, for instance, launched the Excelsior Pass for sports and entertainment venues. The Miami Heat became the first team in the NBA to create special “vaccinated only” sections. Several universities — such as Brown, Cornell and Rutgers — have said they will require proof of vaccination for students in the fall.

So far, the Biden administration has declined to get involved in the matter. The CDC already provides a paper card to those who get vaccinated, and private companies are making their own apps or websites for venues, restaurants and businesses.

“The government is not now nor will we be supporting a system that requires Americans to carry a credential,” Jen Psaki, the White House press secretary, said during a press briefing on Tuesday.

“There will be no federal vaccinations database and no federal mandate requiring everyone to obtain a single vaccination credential,” she said.

However, Psaki said the administration will provide guidance on concerns around privacy, security and discrimination with COVID-19 vaccines and documentation but didn’t have an “exact date” for when that guidance would be available.

CNN, “Mississippi GOP governor pushes back on vaccine passports: ‘I don’t think it’s a good thing to do in America.'”