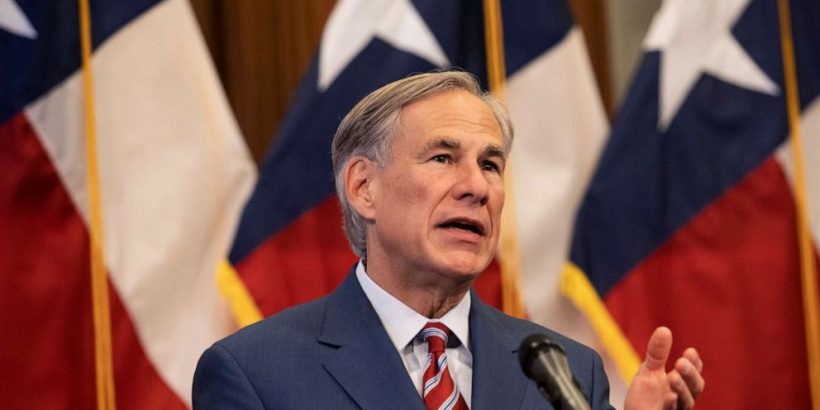 “It is now time to open Texas 100%,” Abbott said at a news conference Tuesday.

“COVID has not suddenly disappeared,” he added. “But it is clear from the recoveries, from the vaccinations, from the reduced hospitalizations, and from the safe practices that Texas are using, that state mandates are no longer needed.”

Abbott’s executive order is effective March 10, overriding a previous executive order issued in October. The new order mandates that if hospitalization rates exceed 15% hospital bed capacity for seven days, county judges may use mitigation strategies in their jurisdiction, according to Abbott.

The state’s mask mandate had been in effect since July.

Abbott spent the last week teasing the announcement during press conferences and on Twitter, hinting at “exciting news.”

Health experts, including Dr. Anthony Fauci, have cautioned against states reopening too quickly. At a White House briefing on Friday, Fauci warned against easing restrictions until the U.S. baseline average of new infections is lower.

“We have to carefully look at what happens over the next week or so with those numbers, before you start making the understandable need to relax on certain restrictions,” Fauci said. “Watch it closely, and be prepared to react according to what actually happens.”

As of Tuesday, Texas had reported 2.6 million infections and 43,918 deaths, according to data from Johns Hopkins University.

During the Tuesday press conference, Abbott touted the state’s positivity rate as being “under 9%,” still nearly double the 5% threshold recommended by the World Health Organization.

In Texas, 6.8% of the population has received both doses of the vaccine, slightly lower than the national average of 7.9%, according to the Centers for Disease Control and Prevention.

How COVID-19 vaccine rollout compares to smallpox, polio and others in the past

People with antibodies after COVID-19 may have short-term virus protection: Study