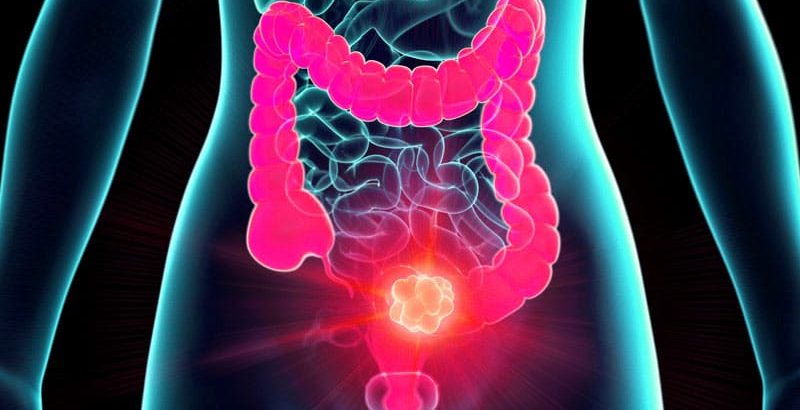 Further results support to the use of a test that identifies which patients with stage II-IV resectable colorectal cancer are likely to benefit from adjuvant chemotherapy.

New results from the GALAXY study show that patients who were MRD-positive 4 weeks after surgery (18%) had significant benefit from receiving adjuvant chemotherapy, but conversely, those who were MRD-negative patients (82%) did not.

“There was no significant benefit for MRD-negative patients who received chemotherapy,” commented Alexey Aleshin, MD, MBA, chief medical officer at Natera. “This is pretty profound and, maybe in time, ctDNA treatment-guided approaches will determine who receives or doesn’t receive adjuvant therapy.”

The current data builds on results from the same study previously presented at the 2022 ASCO Gastrointestinal Cancers Symposium (GICS), which were reported by Medscape Medical News at the time. Then, the median follow-up time was 11.4 months.

The current paper presents findings from an extended follow-up time up to 16.7 months and disease-free survival (DFS) assessment at 18 months.

The study was published online today in Nature Medicine.

Signatera is already in clinical use in the United States (where it was launched in 2019). “It is covered by Medicare and reimbursement is already in place for testing,” Aleshin said.

More than a quarter of oncologists who see this patient population are already administering the test, he told Medscape Medical News. “About 90% of patients have early-stage disease, and we haven’t had any recent innovation in that space. One of the test’s biggest uses is in monitoring patients with early-stage disease to catch early recurrence.”

He noted that the test may also be useful for monitoring treatment response in patients treated with immunotherapy. “It’s difficult to see with imaging if a patient is responding to immunotherapy, and ctDNA performs much better for this purpose,” he said.

Aleshin’s personal belief is that the test will eventually become the standard of care. “We have results from other smaller studies, but to change how cancer is managed requires results from larger cohorts,” he said.

The current study describes results from the GALAXY arm of the ongoing CIRCULATE-Japan trial, which according to the authors, is one of the largest and most comprehensive prospective studies of MRD testing in resectable colorectal cancer.

Led by Takayuki Yoshino, MD, of the National Cancer Center Hospital East in Kashiwa, Japan, the goal of the study was to prospectively validate and build upon the previously published evidence. The researchers sought to show that postsurgical ctDNA positivity (MRD timepoint) is prognostic of disease recurrence in early-stage colorectal cancer, and they also looked at the impact of postsurgical ctDNA on outcomes, implications for adjuvant chemotherapy selection, and the association between ctDNA and prognosis.

Upon multivariate analysis for DFS in patients with stage II-III disease, ctDNA positivity at 4-weeks post-surgery was the most significant prognostic factor associated with increased risk for disease recurrence (HR, 10.82; P < .001) The authors point out that all clinicopathological risk factors traditionally used for staging and prognostication were not significant, and the data also suggested that ctDNA was more informative compared with carcinoembryonic antigen (CEA) values.

Of the 187 patients who were ctDNA-positive at 4 weeks postsurgery, 182 had ctDNA clearance data available. Adjuvant chemotherapy was administered to 92 of those 182,  while the remaining 90 were placed in the observation arm.

Approached by Medscape Medical News for an independent comment, Thomas J. George Jr, MD, professor of medicine and director of the GI Oncology Program at the University of Florida, Gainesville, noted that this is a very impressive dataset, “and the authors are to be commended for providing the research community with this information.”

“I believe this data further informs our use of circulating tumor DNA presence or absence following surgical resection of colon cancer as a prognostic marker,” he emphasized.  However, he added that “because the study was not prospectively randomized to assign or withhold therapy based upon ctDNA test results, we cannot definitively say that ctDNA can predict who will benefit from adjuvant therapy.”

“We still need prospective randomized controlled clinical trials to move this information to a personalized/precision oncology level of evidence and confirm that, for the individual patient, the determination of ctDNA status following surgery can predict whether that individual patient will or will not benefit from adjuvant chemotherapy administration. Fortunately, some of these trials are actively ongoing.”

Also weighing in on the research, Benjamin Weinberg, MD, associate professor of medicine in the Division of Hematology and Oncology at Georgetown University’s Lombardi Comprehensive Cancer Center in Washington, DC, said these data are very interesting. “While I definitely use this in my practice, I’m not yet comfortable [about withholding adjuvant chemotherapy and] observing ctDNA negative patients with stage III disease, although I do in stage II patients where the chemo benefit is smaller.”

Another caveat is that the trial is not randomized, Weinberg added, and some patients had shorter follow-up. “But there are ongoing prospective randomized studies addressing chemo vs observation with ctDNA, so we will have more answers,” he said.

The study was supported by the Japan Agency for Medical Research and Development. Several of the authors report relationships with industry as noted in the paper. George reports that he serves as a consultant to Pfizer Oncology and Tempus Labs.

Roxanne Nelson is a registered nurse and an award-winning medical writer who has written for many major news outlets and is a regular contributor to Medscape.