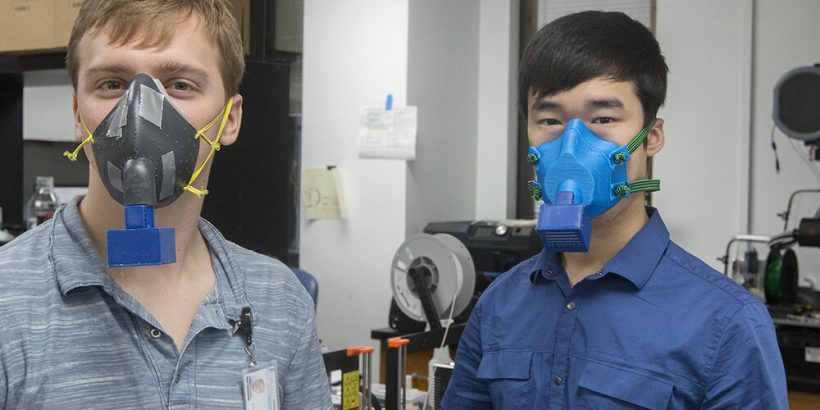 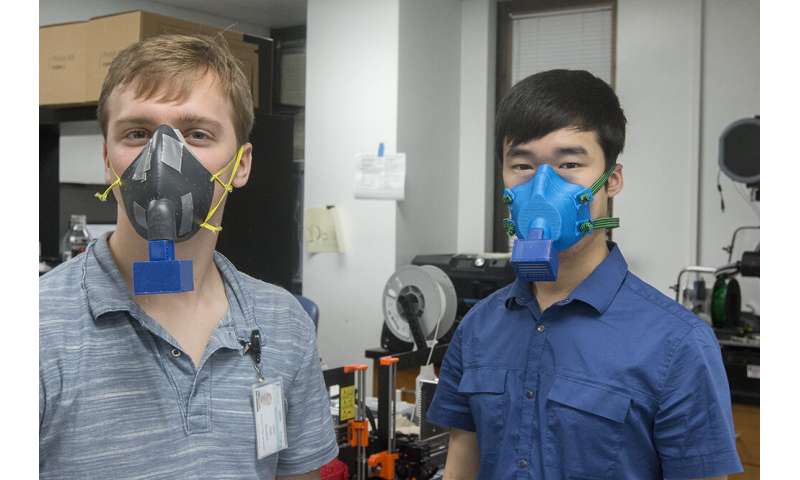 With the threat of a shortage of protective masks looming as the novel coronavirus pandemic grows, Medical University of South Carolina (MUSC) biomedical engineers and tinkerers had an inspired idea: unleash an army of makers from across the U.S. who could make such masks from 3-D printers—a technology that, in recent years, has become widely available.

“High schools have a printer capable of making this,” said Michael Yost, Ph.D., vice chair of research in the Department of Surgery. “Let’s make this so simple that a high schooler could do it, yet effective to protect our people.”

In a matter of days, a team came together and developed the Self-Assembly Filter for Emergencies, or SAFE, Cartridge System. The system could be used by medical professionals or by people who just need to go to the grocery store.

The team has been in contact with the U.S. Food and Drug Administration to obtain emergency approval of the device. For now, the device remains investigational and should not be used as a replacement for conventional and approved Personal Protective Equipment.

Yost said the team is talking to manufacturers to see if the design can be mass produced once it has received approval.

The N95 masks that are currently in such short supply are essentially filters molded into mask form. Recreating those masks exactly proved too difficult. So instead, the team created a two-part solution: a 3-D printed mask that can be cleaned and reused that will work in tandem with a 3-D printed disposable filter cartridge. Alternatively, the filter cartridge could be used with an adapted hospital mask.

Joshua Kim, senior designer and program coordinator in the Department of Surgery Human-Centered Design Program, said he was inspired by the NASA engineers during the Apollo 13 disaster, who quickly devised a makeshift carbon dioxide removal system from materials on hand inside the lunar module, including duct tape and plastic.

“How can we utilize materials that people can get at a local hardware store and repurpose those materials to make protective equipment?” he asked.

The “95” in N95 means these masks filter 95% of particulates of a certain size, he explained. HEPA filters, like those used in air purifiers, filter around 99% of particulates. So he bought a HEPA filter and set about experimenting. Using the same testing that’s used on N95 masks, he found that using those filters in the homemade cartridge did work—a positive sign that they were on the right track.

Meanwhile, another group was working on creating the masks. Dentists Walter Renne, D.M.D., and Christian Brenes Vega, D.D.S., regularly use 3-D printing. “It’s just a part of the job,” said Renne, who estimated that 20% of dentists and 90% of dental labs have a 3-D printer on hand. They enlisted the help of John Yost, a student and independent contractor who serves as a resource for all things associated with 3-D printing on campus. 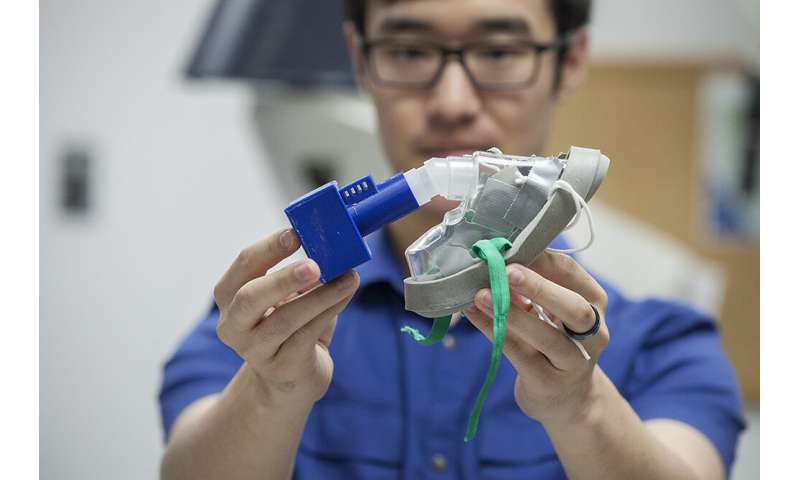 A team at MUSC developed a DIY protective mask that anyone with a 3-D printer can copy.

Initially, they developed different prototypes that would work with different types of filters, including filters used by painters or people dealing with asbestos. They 3-D scanned a mask to get the basic shape, then designed modifications so the mask could accommodate the disposable filter cartridge. The filter, noted Brenes Vega, is the most important part. Unfortunately, some people have turned to masks that aren’t actually offering protection, he said.

Finally, they needed to solve the problem of releasing air pressure, Kim said. The filters are so effective that when the wearer exhales, the air will go to the area of least resistance to escape—in other words, not through the filter again but by causing the mask to lift slightly off the wearer’s face. That exposes the wearer to the outside air and renders the mask worthless, Renne said. In response, the team installed a rubber valve, commonly used in other medical applications, that allows the exhaled air to escape the mask. As soon as the wearer inhales, the valve immediately shuts, Kim said, protecting the wearer.

Kim said that, for additional sealing and comfort, they added strips of neoprene weatherstripping foam around the edges of the mask. The foam provides a comfortable fit so the wearer’s skin isn’t touching the plastic mask and ensures it contours to the face as the wearer moves or talks.

With all the parts in place—the 3-D printed mask and 3-D printed cartridge fitted with a hand-cut HEPA filter and rubber valve—the group began fit-testing.

They took four prototypes to the Emergency Department and tested them on several users. So far, the masks have fit everyone, Yost said, although they want to expand their testing to include more face sizes and shapes.

The team is already printing masks at MUSC, even as they continue to perfect the design.

The biggest obstacle now is the time it takes to create the masks. MUSC’s 3-D printers aren’t production-level printers. They’re meant for creating prototypes when time isn’t of the essence. It takes about four to five hours to print a mask and then about an hour to assemble everything.

Because of that time element, Yost is talking to manufacturers who could produce these in greater numbers. But the team is also openly releasing the plans so that anyone with a 3-D printer can produce the masks.