In a live Town Hall hosted by Healthline Media on Tuesday, May 25, a panel of mental health advocates spoke on their mental health journeys and the actions they’ve taken to raise awareness and help more people access treatment.

Here’s what the panelists are doing to raise awareness around mental health and help fight stigma.

When actress Taraji P. Henson of “Empire” launched The Boris Lawrence Henson Foundation, her goal was to break down the stigma of mental illness in Black communities.

The organization provides virtual therapy to people so they can access care from the comfort of their homes without feeling embarrassed or ashamed about booking an appointment or going to an office.

“I felt like our community needed someone they trusted to say, ‘Hey! You’re not the only one,’” Henson said. Strength is being vulnerable, Henson added.

If you’re experiencing mental health issues, Henson recommends finding a therapist who you connect with and feel safe with.

“It’s like chemistry,” she said. “Keep searching and loving yourself enough until you find the one… until you have that synergy with a therapist, you haven’t found the right one,” Henson said. 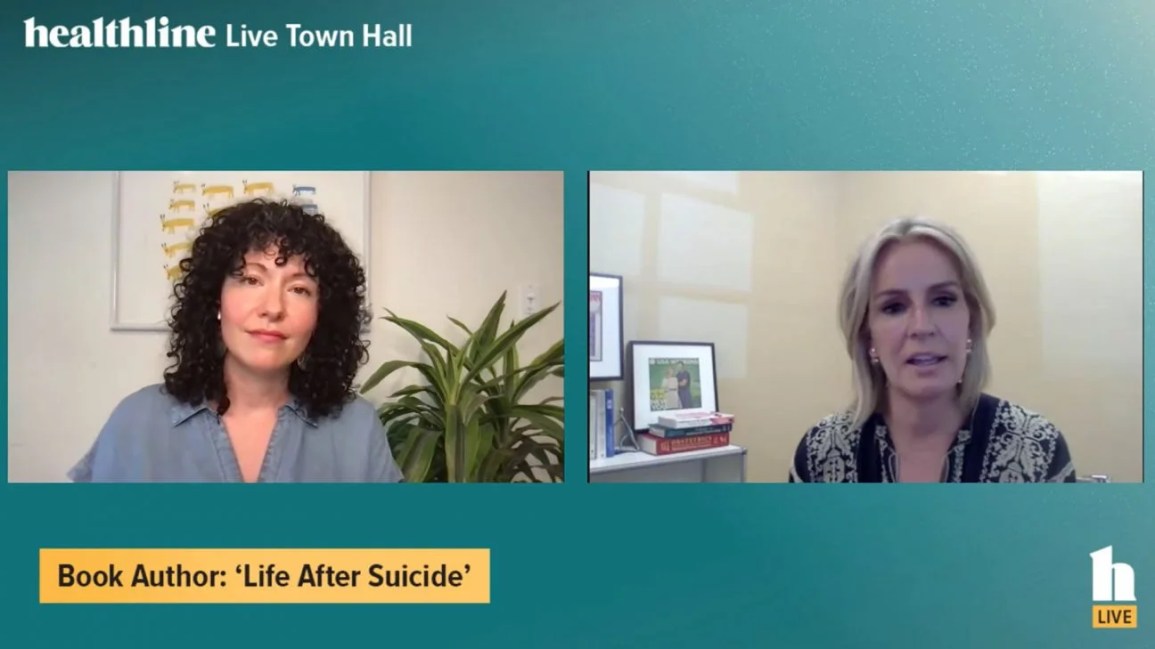 The most important step to take when coping with mental health issues is to communicate, according to Ashton. There’s power in talking about the emotions, fear, and uncertainty the pandemic has dealt us.

“All of us, to some extent, have a degree of post-traumatic stress because we’ve all been through a trauma and we’ve all lost something,” Ashton said. Mental health conditions can strike anyone at any time, said Ashton, who committed to mental health advocacy after her ex-husband died by suicide in 2017.

Ashton encourages people to see mental healthcare as you would physical healthcare. “Don’t be afraid to… think of it as you would a checkup for your heart or going to the dentist and get it checked out,” Ashton said.

Ashton also recommends checking in on your loved ones. When you ask them how they’re doing, stop and really give them a chance to answer. “You might be helping that person more than you could ever imagine,” Ashton said.

Bershan Shaw on living in the now

In the weeks that followed her diagnosis, she felt paralyzed by stress, uncertainty, and loneliness. Shaw eventually realized she had to start living in the present moment.

When she started living “in the now,” Shaw felt her stress and shame peel away and her anxiety taper off.

Everyone needs people to open up to and talk to, Shaw said, adding that the app lets people do exactly that right from their homes.

Jewel on changing your emotional language

Singer and actress Jewel grew up in an abusive background and moved out when she was just 15 years old.

With very little resources, Jewel experimented with different activities and behaviors that could help her cope with her mental health issues.

She eventually learned that it’s possible, through a bit of trial and error, to learn a new emotional language and change your own life trajectory.

“You can help yourself by looking into what is self-care and what things work for me and begin experimenting. And if you don’t feel better, keep experimenting cause you just haven’t found the right tool for you yet,” Jewel said.

With that in mind, Jewel launched Jewel Never Broken, an organization that teaches at-risk youth entrepreneurial skills, mindfulness, and various exercises to take back control of their lives.

Mental health doesn’t discriminate. “It really is something that can affect everyone,” Jewel said.

Dan Harris on learning to meditate

His heart started racing, his mouth dried up, and he couldn’t breathe. Harris, who had been a wartime reporter, was using substances to cope, which he said changed his brain chemistry and led to mental health issues.

It wasn’t until several years after his on-air panic attack that Harris found meditation. Harris said he was skeptical at first and didn’t think he’d benefit from a meditation practice.

When he started to see the science that showed it could lower blood pressure and rewire the brain, he figured he’d give it a shot.

“When I saw that research, I started to do it and that has made a big change in my life for sure,” Harris said.

According to Harris, one of the biggest misconceptions about meditation is that you can’t have thoughts during the practice. Rather, meditation is all about noticing thoughts and gaining more awareness about how your mind works.

Michelle Williams on opening up about mental health

Grammy Award-winning artist Michelle Williams opened up about what it’s been like to navigate life with depression.

Growing up, Williams felt isolated, fatigued, and lost interest in school. She figured these feelings were just a part of growing up and it wasn’t until her 30s that she was officially diagnosed with depression.

Symptoms of anxiety and depression can show up in different ways. There aren’t always obvious indicators that there may be an underlying mental health issue.

Williams’ key piece of advice is to pay attention to how you’re feeling and talk with someone.

“Open up about how you’ve been feeling,” Williams said.

Earlier on in the pandemic, Basta knew there was going to be monumental mental health consequences in response to all the fear and uncertainty.

Through DRK Beauty, Basta and her team developed a program to give away free therapy sessions to people in need. DRK Beauty noticed the problem wasn’t going away and has continued to provide free therapy. They’ll soon launch group healing sessions as well.

Through her work and advocacy, Basta hopes to normalize mental health. Seven years ago, she was diagnosed with depression and spent 6 weeks in a psychiatric hospital.

Before that, she was new to mental healthcare and hadn’t considered therapy.

Now, Basta is open about her mental health journey. She noted that the more she talked about mental health, the more comfortable others felt following suit.

“The more I spoke about it in my life, the more I would normalize it for other people” Basta said.

In Healthline’s live Town Hall, a group of mental health advocates — including singers Jewel and Michelle Williams, ABC News correspondents Dr. Jennifer Ashton and Dan Harris, and other influential speakers — talked about their personal journeys with mental health and what they’re doing to raise awareness and fight stigma.