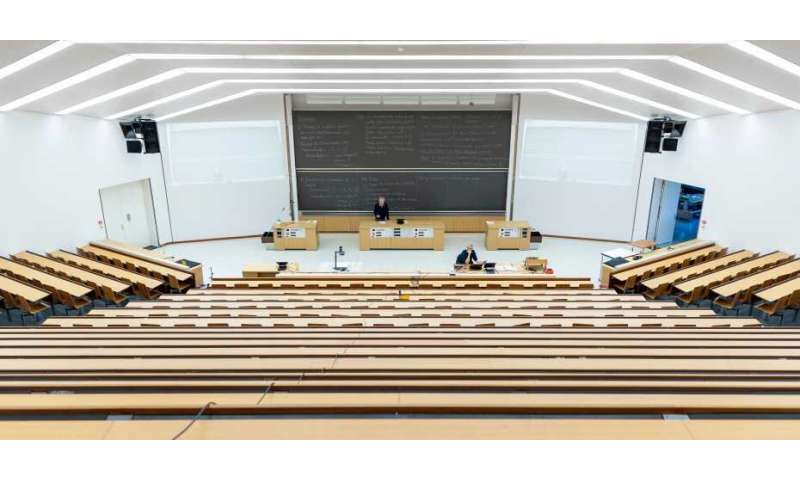 The COVID-19 pandemic is putting Swiss crisis management to the test. ETH Professor Andreas Wenger and his team from the Center for Security Studies have investigated in detail how well Switzerland coped with the first phase of the crisis.

ETH News: Mr Wenger, the 2020 Bulletin on Swiss Security Policy published by the Center for Security Studies (CSS) is devoted to the coronavirus crisis. What were you investigating?

Andreas Wenger: We’ve been looking into the topic of crisis management for many years. The coronavirus crisis isn’t just a major challenge for society, it’s also a scientifically interesting case study. However, studying crisis management in an ongoing pandemic isn’t easy. That’s why we focused on pandemic preparedness and the first wave in spring.

What information is this work based on?

In addition to historical material, we studied the minutes of crisis team meetings and conducted a series of expert interviews. We then drew on established findings from crisis and catastrophe research for classification purposes.

What surprised you the most?

We asked the experts the same question, and the most common answer was that the pandemic isn’t proceeding as expected. This is also due to the fact that Switzerland’s preparations centered on a severe influenza pandemic; the scenario assumes that a vaccine will probably be available in four months. But suddenly everything was different: it was a novel virus with higher infection and mortality rates and with no clarity as to how the disease progresses. Not to mention that any vaccine was a long way off. Most governments took drastic measures, imposing curfews and closing borders, and the market for medical goods collapsed—hardly anyone had anticipated this specific scenario.

Nevertheless, you conclude that Switzerland was in a “solid starting position” at the end of 2019.

Switzerland was certified by WHO in 2017 as being well prepared for a health emergency. Awareness of the risk of a pandemic has increased dramatically over the past 25 years. Since pandemics represent a global challenge, steps have been taken to strengthen the Swiss Federal Council’s leadership and coordination function. This is reflected in the Epidemics Act’s three-phase model, which defines normal, particular and extraordinary situations. So we were well prepared—but more for a flu scenario than for a virus like the one we’re dealing with now.

Shouldn’t we have been expecting this kind of virus?

We must be careful to judge the matter from the perspective of the time, not from today’s. Of course, experts knew that something like this could happen. But it would have been difficult to convince politicians to prepare for such an extreme scenario. For the future, we need to ask ourselves whether pandemic preparations should be more generic. In fact, this is something WHO suggested back in 2017. However, generic planning also has its disadvantages.

How have previous epidemics shaped preparations?

Experience gained during the swine flu epidemic in 2008–2009 was significant. The Confederation was quick to buy doses of vaccine—and was later criticized for doing so, because the swine flu proved to be surprisingly mild. As a result, support for preventive pandemic control evaporated among policymakers and society. This illustrates the fundamental dilemma.

What do you mean by that?

In a situation like that, the risk is always that you’ll do either too much or too little. With the swine flu, the public perception was that we did too much. But that’s a conclusion people came to in retrospect. If the authorities had done too little, they would have come in for criticism all the same.

A recurrent theme in the Bulletin is the delicate interplay between the Confederation and the cantons. What’s the problem?

Our political system assigns responsibilities for managing a pandemic at different levels. The Federal Council defines the goals and strategy, and the cantons implement them. Since pandemics are unpredictable, the pandemic plan emphasises early detection so the planning basis can quickly be quickly adapted accordingly. An approach like that requires a lot of coordination right from the planning phase on. Now, the experts are well aware of the weaknesses in the preparations, but absent the pressure of the crisis there’s no way they can simply overcome the hurdles of federalism and the borders between departments. Nor do they have the legitimacy to do so.

That’s one of the reasons why Switzerland reacted rather hesitantly in January and February, as almost all European countries did, despite the fact that WHO had called as early as January for crisis management to be activated at the highest political level. That message definitely reached people at the expert level, but until the topic made headway at the political level, coordinated adjustments to the planning basis were never going to be more than sporadic.

Shouldn’t economic and social aspects have been taken more into account in the preparations for a pandemic?

That depends on your scenario assumptions. Nobody had foreseen that the measures taken to combat the pandemic would have such severe social and economic consequences. It was only once an extraordinary situation had been declared that the Federal Council was able to work towards an overall strategy. It agreed on a strategy for dealing with the virus and quickly adopted accompanying measures to help the economy. But again, that was possible only given the extraordinary situation, under which the Federal Council, as a collegial government, is responsible for overall coordination and takes the lead through the well-established mechanisms of interdepartmental consultation.

Financing is an important point, and one that the Confederation and the cantons often argue over.

The question of cost should not be underestimated. The cantons complained that they weren’t sufficiently involved, but the way the Confederation saw it, time pressure was the greater concern. Under the extraordinary situation, this was solved by having the Confederation pre-finance the measures and working out how to apportion the costs later.

How did crisis management work at the operational level?

During the crisis, operational crisis managers often came up with pragmatic solutions. Nevertheless, some things didn’t work perfectly. The problem is that different bodies come into play depending on whether the situation is deemed normal, particular or extraordinary. According to the Epidemics Act, under a particular situation the Federal Council should have access to an operational body that can provide assistance. For a long time, it wasn’t clear which crisis management team should take over this function.

That wasn’t determined in advance?

No, it wasn’t specified in detail. This is also because the Confederation’s crisis management arrangements have undergone dynamic development in recent years. During the crisis, for example, the decision was taken to convene an ad hoc crisis unit with a nonspecific mandate because other units weren’t functioning properly. This led to a shaky structure on the operational level.

Nor was the convening of a scientific Task Force envisaged. How do you judge this body’s work?

The Task Force is recognized as playing an important role. Anchoring it at the strategic-political level and not the operational level is the right thing to do. But as a social scientist, I think it should be more broadly based. In technical terms, it doesn’t cover the entire process from data collection to integration into political processes and communication with the general public.

Wouldn’t that draw the Task Force even deeper into politics?

The interface between science and politics is always difficult. Science must provide evidence-based foundations, while policymakers must make decisions. This inevitably leads to friction. That’s why it’s useful to agree the different roles in advance.

Communication is an important topic. What are your thoughts on this?

Crisis communication requires good preparation. We learned a lot from the swine flu. During the extraordinary situation, the pandemic plan proved to be very sound on this point. Communication was tied to a small number of people, the messages conveyed were clear and simple, and uncertainties were pointed out again and again. Trust in the Federal Council and the authorities increased during this phase, and the public behaved in a disciplined manner.

What do you think of communication in the current situation?

In the particular situation we’re under now, communication is much more demanding. The cantons must communicate regional measures, while the Confederation is responsible for coordinating the overall strategy. And don’t forget, nobody was prepared for the fact that we would have to keep communicating all through a crisis that has lasted this long, with its constant ups and downs of loosening and renewed tightening.

What conclusions do you draw from all these findings?